An extended sermon in the words of the Savior
Ed Stetzer 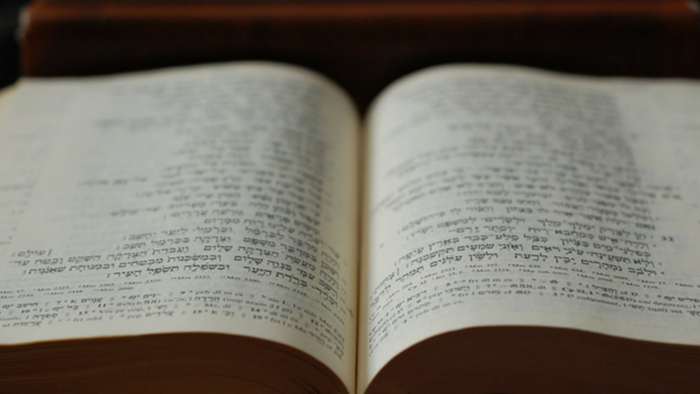 Elmer Towns has a new book that will raise some questions and spark some discussion. He spoke with The Exchange about “The Bible by Jesus” recently and this is what he had to say.

The Exchange: So how did this book come about?

Elmer Towns: About 15 years ago I was having devotions in Psalm 37 in the Hebrew text and I decided to pray through it using the first person. So, instead of saying, Fret not yourself because of evildoers, I prayed, I will not fear… It was so refreshing to look at each psalm, including those like Psalm 23 which is, of course, a first-person psalm: The Lord is my Shepherd…

So, the next day I repeated it with Psalm 27 and the day after that, Psalm 1. Well, it turned into a 150-day program that I had no idea would turn into a book. But when a friend heard what I had written, he insisted that we publish it. And we did. And it was received very well.

The Exchange: So that was a book on the Psalms, but how did this one about Jesus come about?

Elmer: It didn’t happen immediately. I next covered Proverbs. And then Job. My friend, Lee Fredrickson, got the idea about the Gospels going. We worked on his idea until the present volume came about.

The Exchange: And it is a paraphrase?

Elmer: Yes. People know about Ken Taylor’s Living Bible and Eugene Peterson’s Message. This is the Bible as studied by Towns/Fredrickson in the original languages and then paraphrased as if it were Jesus himself talking. So, for example, John 1:1 begins, I am God the Son, who is from the beginning.

The Exchange: You come from a pretty traditional background—will some think that you are changing the Word of God?

Elmer: Yes. I knew Ken Taylor for many years, since the 1960s. When he first started delivering the Living Bible, some denounced him for the sin of Revelation 22:18-19 by adding and taking away from Scripture. So I don’t doubt that there will be detractors. But people will see that I am not attempting to translate the Bible into English. I am paraphrasing the Bible, thought for thought, through the mind of Jesus.

The Exchange: But how do you know the mind of Jesus?

Elmer: Nobody can perfectly know the mind of the Son. And I am not claiming I do. Instead, the book can be seen like an extended sermon in the words of the Savior. Think about Luke 24 where Jesus meets the couple on the road to Emmaeus. Luke tells us that Jesus, “beginning with Moses and all the Prophets, he interpreted to them in all the Scriptures the things concerning himself. That’s not a paraphrase, but the Word translated into English. And so my work uses the Bible for the thoughts and writes what Jesus might have said.

The Exchange: So you are saying that your paraphrase is something like the popular novels that have come out that tell the story of the Bible in completely different words?

Elmer: Yes, but the same meaning! I am not a biblical scholar, although I used my eight years of Greek and four years of Hebrew training for every verse. I am not changing the gospel or anything like that. It is like the Bible in novel form written in the first person.

For example, there are no verse numbers. Just paragraphs that follow the same kinds of divisions as in the actual Bible. Yet, I use the chapter divisions that are normally in the Bible. I also need to mention that each book starts with an opening chapter that talks about the author, the time, and other background information.

The Exchange: And where would you encourage someone to start reading if he or she is not used to reading the Bible?

Elmer: The Gospel of John is the place to start. It’s like having a conversation with Jesus. He explains truth in a very simple, matter-of-fact manner. Perhaps there is a spouse, family member, or co-worker who is not a believer. Let them read the Bible. Someone said, “You get close to God when you get close to the Word of God.”

The Exchange: Which of the books was hardest to write?

Elmer: The Book of Romans. It was most difficult when Paul writes about Jesus. Some things are hard to express, such as when Jesus talks about himself. Or Paul speaks of the Knosis in Philippians 2. Interestingly, the easiest part to write was the Book of James.

The Exchange: Which influential people helped you along the way?

Elmer: Well, The Prayer Bible was a combination effort with Dr. Roy Zuck, a New Testament professor at Dallas Theological Seminary. And, as I mentioned, Lee Fredrickson and I worked on this gospel project.

The Exchange: You have been saying “the Bible” and yet the book you are showing me is only the four Gospels. Why?

Join the conversation on Facebook
Tags:
None
Posted:
November 21, 2017

One-on-One with Elmer Towns on His New Paraphrase ...