3 Ways Pastors and Church Leaders Undermine Themselves on Social Media 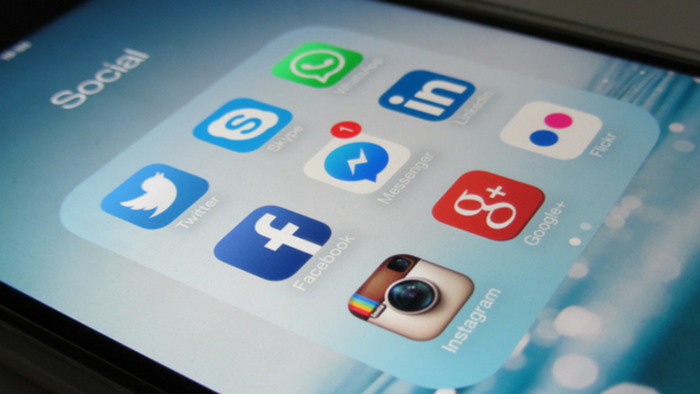 Social media use is pervasive in American culture today. The various social media platforms we use are the 21st century version of the town square—they are modern-day spaces to exchange ideas, learn the news, and more.

Once upon a time, it was trendy to think that social media was a trend—a cultural oddity of the new millennium that would pass as quickly as it burst onto the scene.

Social media is not going away anytime soon, for better or worse. According to Pew Research Center in 2016, about 79% of adults who use the internet use Facebook, 32% use Instagram, and 24% use Twitter. Of the 68% of all Americans who use Facebook, 76% of them use it daily.

It makes me sad when I see Christian leaders vying for the attention of people on social media when all they really want to do is make themselves look important. All of us can be guilty of this sort of prideful pursuit from time to time, but some pastors and church leaders do nothing on social media but try to make themselves look more influential than they actually are.

The most common way pastors and church leaders try to make themselves look more influential than they actually are is by purchasing Twitter followers or Facebook likes. Rather than spending the time to build a following of people who are interested in their content, they spend money to pad their stats and build hollow “influence.”

The ways in which trying to become famous on social media undermines the leadership of local church leaders are many.

Trying to become famous on social media takes a lot of time and effort, which causes the pastor to spend less time focusing on shepherding the flock and tending to the needs of the sheep. Trying to become famous on social media often causes church leaders to spend their own money or the church’s money in ways it shouldn’t be spent, pursuing vanity instead of ministry effectiveness.

Pastors and church leaders ought to be on social media—without a doubt—but using social media to serve yourself instead of to serve others is a slippery slope to sinful pride and a pursuit of vanishing glory.

Unfortunately, this pitfall often goes hand-in-hand with the first. One of the common ways pastors and church leaders try to make a name for themselves on social media is by creating unnecessary conflict or division, whether that be in Twitter fights or Facebook comment sections.

To be sure, having a social media presence of any kind means that you will likely encounter unavoidable conflict at some point. Someone will talk poorly about a friend or family member, a guest will leave a bad comment about your church, or something else. Every potential conflict on social media ought to be approached in its proper context.

Pastors and church leaders, you must understand: engaging in unnecessary conflict on social media, regardless of the subject or how important you think it is, ultimately damages your witness and clouds people from receiving the good news of the gospel of Jesus Christ. Stop it.

No matter how passionate you are about defending the Second Amendment, the urgency of climate change, or whatever other issue you may prefer, engaging in unnecessary conflict on social media does more damage to the Church and its proclamation of the gospel than anything else.

Remember, as the saying goes, “Arguing with a fool on the internet is like wrestling a pig—you both get dirty, and the pig likes it.”

I have written about this issue at length (here, here, here, and here), so I don’t need to spend a lot of virtual ink on it here. But I’ll reiterate the main point I have communicated before. We are people of truth. When people of truth participate in sharing false information, we do not just do injury to the other person and the process, but we also injure our personal reputation and testimony.

Pastors and church leaders undermine themselves on social media when they share fake news. It hurts the gospel witness of the leader and ultimately makes people wonder about the integrity of anything the leader says or does.

Social media can be a minefield for pastors and church leaders, but it doesn’t have to be. Two of my former blog managers from LifeWay (Chris Martin and Jonathan Howe) are launching a service this month called LifeWay Social. The purpose of LifeWay Social is to help pastors, church leaders, and other Christian leaders steward social media wisely with an eye toward serving others people rather than ourselves. They can help you avoid the pitfalls mentioned here. I trust those guys, and they want to serve you. Head over to lifewaysocial.com for more information.

Join the conversation on Facebook
Tags:
None
Posted:
October 18, 2017

3 Ways Pastors and Church Leaders Undermine Themselves on Social Media