The Martyr’s Oath, an Interview with Johnnie Moore on the Persecuted Church 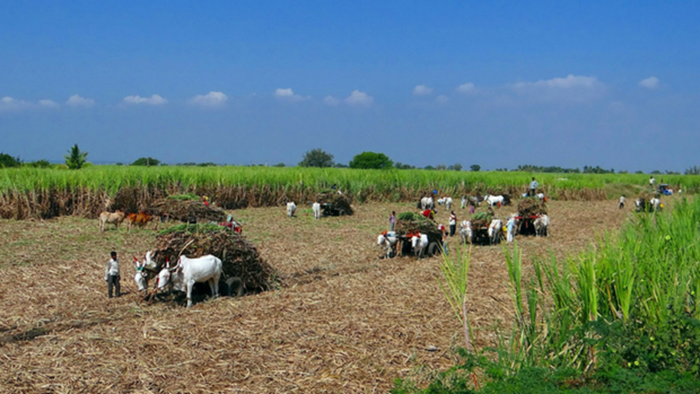 Image: pixabay
Tomorrow at church you will probably hear about the International Day of Prayer for the Persecuted Church. In preparation for that day, I wanted to share with you an interview with Johnnie Moore about his book on persecuted Christians (and, in part two, his work in politics today). Johnnie just returned from Egypt, advocating for more protection for Christians, as reported in the Washington Post. Here is part one of our interview, which will help you prepare for the day of prayer tomorrow.

Ed: What is The Martyr’s Oath, and why did you write it?

Johnnie Moore: I’ll never forget meeting a nun on a visit to Iraq just after Mosul fell to ISIS. She said to me, “I love America. Such beautiful people. Such a wonderful place. I have a PhD from an American university. You care for your pets so well. So, when will you care for us? Why are you so silent in the face of our genocide? We feel forgotten.”

Since that moment, I have felt a call to be a voice for the persecuted church, and to call the church to care more, pray more, and do more. I’ve come to realize this is actually my primary call. I’m committed to telling the stories of the suffering church to the free church. This is my latest and most comprehensive effort to do so.

The Martyr’s Oath is the result of months of travel documenting the actual experiences of persecuted Christians. It’s a book of firsthand accounts from more than a dozen different countries. Some of the stories we found are very powerful.

We met one newly-converted Syrian family who welcomed a threat of martyrdom from a family member but refused a threat of crucifixion because they said, “We felt so unworthy to die the same death as our Jesus.”

We found supernatural stories like one of a judge awakening in the middle of the night from a dream where he was told not to touch the Christian pastor he was planning on ruling against the next morning. We found another pastor whose ministry led him to a spy for Osama Bin Laden who became a believer and is now a Christian pastor himself.

We met one woman who told us that after her family got out of prison in China they became so courageous that they stopped meeting in a basement but instead chose to have church outside in the open air. We met dozens of believers who had been imprisoned, beaten, threatened, and tortured for refusing to convert or for preaching the gospel.

As part of the research project, I also travelled to Holland to consult with an aging Brother Andrew.

This is not a book of gruesome accounts, but of faith and inspiration in the face of grueling challenges. It shows the faith of believers who call us—as the subtitle says—to “really live for the Jesus they are willing to die for.”

In my case, I found my faith again the more deeply I got involved with the suffering church. They have blessed me far more than I could have imagined.

Ed: In the book, you call Christians to consider taking a martyr’s oath themselves. That might seem a little extreme to some. Why did you make that part of the book’s call to action?

Johnnie: The title of The Martyr’s Oath comes from an actual experience I had in India in college. One of my spiritual fathers was Indian archbishop Dr. M.A. Thomas. At his annual Bible college’s graduation service, he required the graduates to take a Martyr’s Oath before they received their diploma. They also received a bicycle, a new Bible, and a one-way train ticket to the unreached area of their choice.

That day, there were two thousand graduates. All of them pledged to sacrifice their lives in service to Jesus if it was required of them. It wasn’t a hypothetical idea either. The church on the property had a placard to the right of the stage listing the names of the martyrs from previous classes.

On another occasion, terrorists were attempting to disrupt the very graduation service. They threatened to attack the event if it continued as scheduled the next day. I’ll never forget hearing the baritone voice of my mentor, Dr. Thomas, as he echoed, “There will be a service tomorrow! It will be a graduation service or a funeral service, but there will be a service!” His ministry, Hopegivers International, is carried on by his son, Samuel Thomas.

Each time I heard the Martyr’s Oath, I felt like I was standing in the Book of Acts, and it became the single most transformative experience of my Christian life. I wept as I thought how little I loved Jesus compared to these men and women and I eventually took that oath myself.

Unlike Jihadist martyrs who die to earn their place in heaven in pursuit of a holy war, Christian martyrs who die have already received their guarantee of heaven and they are willing to die rather than stop sharing the love of Jesus in the world. ”Convert or die” is a phrase said too often in our world today, but when it is said, Christians are often willing to die for the Jesus who died for them.

You can take the oath at www.martyrsoath.com.

My prayer is that millions of Christians will choose not just to give their hearts to Jesus, but that they will also be willing to give him their lives as well. My prayer is that we will create a movement of advocacy, support, and prayer for the persecuted!

Johnnie Moore is founder & CEO of The KAIROS Company. He formerly served as senior vice president for communications at Liberty University.

Join the conversation on Facebook
Tags:
None
Posted:
November 4, 2017

The Martyr’s Oath, an Interview with Johnnie Moore on the Persecuted Church

The Martyr’s Oath, an Interview with Johnnie Moore ...