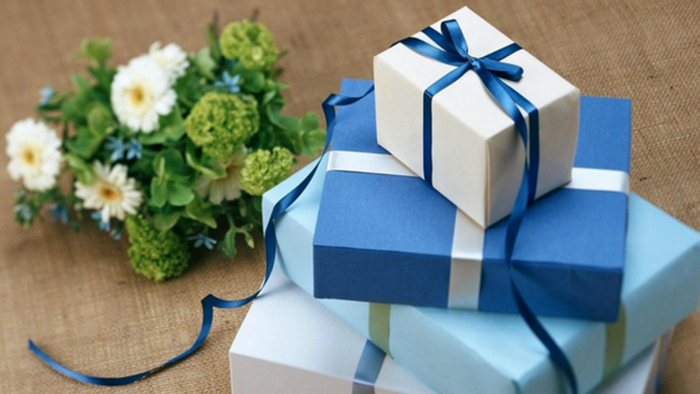 Image: pixabay
I am working on a new book about the change in the church from the 1980s forward. One of the more fascinating shifts is that spiritual gifts, their discovery and deployment, became a mainstream idea. I asked my friend Gary McIntosh about it. Well, Gary wrote an article and it is fascinating.

Stay tuned for more on church innovation in the last 30 years as it is the theme of a forthcoming book. Intervarsity has a press release about two new books here.

A while ago, I received an email from Ed Stetzer asking if I knew when spiritual gifts inventories first became prevalent. I gave him a quick reflection based on what I remembered at that time, but his question created a curiosity that sent me on a longer investigation. While this is certainly not the final word on the question, it may serve as a beginning point for other researchers. Here is what I have discovered.

The doctrine of spiritual gifts, as we think of it today, is of relatively recent interest. Historically, while the Bible contains doctrines, they were not handed to the church in a systematic form. Rather, over its two thousand plus years of history, the church progressively discovered and developed doctrines.

While Christians have practiced spiritual gifts from the beginning of the apostolic era, there was not much written about them during the first 600 years of church history. Biblical teaching from those early church years shows that the existence of spiritual gifts was recognized. However, the statements made about them in that period are brief.

During the one thousand years of the Medieval Period (590-1517), the doctrine of the Holy Spirit and spiritual gifts was essentially ignored. Doctrines like the atonement received the major study, which primarily resulted in preparation for what became known as the Protestant Reformation.

As the Protestant Reformation (1517-1648) took hold, Martin Luther and John Calvin vigorously defended the doctrine of the deity of the Holy Spirit. Both commented on the existence of spiritual gifts, particularly as they wrote commentaries on the classic spiritual gifts passages found in Romans and 1 Corinthians. Yet the reformers’ reaction against the doctrines of the Roman Catholic Church led them to focus on justification, while giving less attention to other areas (e.g., sanctification).

The period following the Protestant Reformation (1648-1900) was one of profound changes—both positive and negative—among Christians and theologians. On the negative side was the expanding interest in rationalism, deism, and evolution. On the positive side was the move toward healthy piety, evangelism, and missions. The names of Nikolaus von Zinzendorf, Charles Wesley, George Whitefield, William Carey, and others are well known today. It was during this time that John Owen produced what may be the first full systematic presentation of the person and work of the Holy Spirit in A Discourse Concerning the Holy Spirit.

During this time, rationalist religious writers interpreted spiritual gifts as just the natural talents that a person brought to the Christian life. To those looking at the supernatural from a naturalistic perspective, spiritual gifts were nothing but natural abilities with a touch of spiritual attitude. Conservative biblical scholars and writers during this period focused on defending the work of the Holy Spirit in salvation, rather than the Holy Spirit’s work in the Christian life.

The twentieth century (1900-2000) was a dynamic time for the development of doctrine, as long-neglected areas of theology (especially those of the Holy Spirit, ecclesiology, missiology, and eschatology) were brought forth for discussion and debate. What drove the interest in spiritual gifts, however, was the new Pentecostal movement.

Books and articles flew off the printing presses during the early twentieth century to either defend or attack the use of miraculous gifts. World War II and the rebuilding years in the decade following slowed the research on the doctrine of spiritual gifts, but by the 1960s fresh interest was evident. The early 1970s found renewed focus on the proper use and practice of spiritual gifts for personal ministry.

In 1967, Grant Howard, a student at Dallas Theological Seminary, completed a Th.D. dissertation on the subject of “The Doctrine of Permanent Spiritual Gifts.”(1) He later became a professor of practical theology at Western Conservative Baptist Seminary in Portland, Oregon, where he teamed with Earl Radmacher, then president of Western, and Loren Fisher, professor of Christian Education, in continued study of the practical use and application of spiritual gifts in the local church.

Radmacher was a 1962 graduate of Dallas Theological Seminary, where he completed a Th.D. dissertation on “The Nature of the Church.”(2) He was a specialist in ecclesiology and was interested in the doctrine of spiritual gifts for local church ministry.

A second attempt proved more fruitful. Between 1973 and 1975, Fisher collaborated with Radmacher and Howard, as well as members of the Greek exegesis faculty, to create a Spiritual Gifts Inventory (SGI), which was first published in December 1975.(4)

It was comprised of 192 questions correlated to sixteen spiritual gifts listed in the three categories of speaking gifts, serving gifts, and sign gifts. Participants completed the questionnaire on a computer form, which Western’s on-campus computer then processed. The resulting printout showed which spiritual gifts were the most dominant for the respondent. Fisher taught a Christian education course (CE310 Spiritual Gifts Seminar)(5) and required all C.E. majors throughout the 1970s to use the SGI. After Fisher left the faculty in 1980 to pastor a local church, the use of the SGI ended, and the class was dropped from the curriculum.

An intersecting interest in spiritual gifts arose during the 1970s from within the Church Growth Movement. In 1971, C. Peter Wagner left his position as a missionary in Bolivia to become a professor of Church Growth at Fuller School of Theology’s School of World Mission. Wagner had come to Christ through an Independent Fundamental Church in New York, which held a cessationist position on spiritual gifts.

Quite naturally, Wagner accepted that position on spiritual gifts, but over the following two decades, he slowly grew to accept all spiritual gifts as active in the church. As a missionary in Bolivia from 1956 to 1971, Wagner observed the rapid numerical growth of the Pentecostal churches. At first he was cautious about investigating these churches but, with the encouragement of Donald A. McGavran, dean of the Fuller School of World Mission, Wagner began seriously studying the Pentecostal churches in Latin America, particularly in Chile. Released in 1974, Your Spiritual Gifts Can Help Your Church Grow came out of his study, becoming one of Wagner’s most influential works.(6)

Shortly after the release of Wagner’s book, David Hocking, a well-known pastor in southern California, published a manual on Spiritual Gifts from Sounds of Grace Ministries (Grace Brethren Church), which included a full spiritual gifts inventory. It was comprised of 126 questions, which resulted in scores for fourteen spiritual gifts. The Hocking inventory appeared in 1975, the same year as the Fisher SGI in Oregon.(7)

Although the Fisher and Hocking inventories were well designed, neither received wide distribution. However, in 1976, an article by Richard F. Houts in Eternity magazine was destined to ignite a wider practice of using spiritual gifts tests.

“All God’s Children Have Gifts!” was published in Eternity’s May 1976 issue. Houts was a professor of Christian education at Ontario Bible College, Toronto, and at the North American Baptist Seminary in Sioux Falls, South Dakota. The article was actually a spiritual gifts inventory based upon a person’s experience, rather than interest. Houts believed that people use their gifts whether they realize it or not.

Thus, he created an inventory based on people’s experience, which then was used to estimate what their spiritual gifts might be. The original Houts inventory included one hundred questions that he correlated to twenty gifts.(8) Peter Wagner read the article by Houts and saw the potential of adapting the inventory for his own use. The Wagner Modified Houts Questionnaire was published in 1979, which has become the standard spiritual gifts inventory. It is comprised of 125 questions correlated to twenty-five gifts.

Other spiritual gifts inventories have been developed since that time. The controversy over which spiritual gifts are still in use continues, which has led to different denominations designing their own inventories to fit their theological views. For example, a Lutheran church in Trenton, Missouri, requested that Wagner develop an inventory that included craftsmanship from the Old Testament, which resulted in the Trenton Spiritual Gifts Inventory (about 1980). Since then, Baptist, Wesleyan, Reformed, and other theological families have designed their own theologically acceptable versions of spiritual gifts inventories. In addition, numerous local churches have designed their own spiritual gift questionnaires. However, almost all have been modeled on the original Houts test.

During my investigation, several other spiritual gift inventories were mentioned as notable.

A Practical Guide to Finding Your Spiritual Gifts by Tim Blanchard was first published in 1979 with a second edition in 1983. It included thirteen spiritual gifts.

Spiritual Gifts Questionnaire by W. Charles Arn was published in 1983. The Institute used it extensively for American Church Growth in the 1980s and 1990s in its Mobilizing Laity seminars. The questionnaire was comprised of one hundred questions and correlated to twenty gifts.

In 1986, the Church Growth Institute in Lynchburg, Virginia (ChurchGrowth.org), published Team Ministry: Spiritual Gifts Inventory Questionnaire by Larry Gilbert. It reportedly is the largest-selling inventory in the United States. The inventory was comprised of 108 questions correlated to nine gifts.

The people I interviewed mentioned numerous books as influential in the development of spiritual gift inventories. They are as follows:

Much thanks to Carl George, Dennis Baker, John Vawter, Rob Wiggins, and Jim Farrar who contributed to this research. Each is greatly appreciated.

Gary L. McIntosh is president of the Church Growth Network and professor of Christian Ministry and Leadership at Talbot School of Theology at Biola University.

(2) Earl Dwight Radmacher. “The Nature of the Church,” Th.D. dissertation, Dallas Theological Seminary, 1962. Note: He had grown up in the Foursquare Church but had left that church when he embraced a cessationist position on miraculous spiritual gifts.

(3) Radmacher published his lectures on spiritual gifts on tape in 1973. See “Spiritual Gifts” and “Tongues and the Charismatic Movement” published by Bible Teaching Tapes, Tulsa, OK.

(4) Another possible collaborator was G. J. Currah, Radmacher’s teaching assistant, who completed a Th.M. dissertation on “The New Testament Spiritual Gifts Defined and Described” in 1972. However, Fisher was the primary initiator and designer of the SGI.

(8) Houts was influenced in part by the following sources, as well as his own personal study of spiritual gifts: You and Your Spiritual Gifts by Kenneth Gangel (Moody Press, 1975), The 19 Gifts of the Spirit by Leslie B. Flynn (Victor, 1974), The Measure of a Man by Gene A. Getz (Regal, 1974), The Holy Spirit at Work Today by John Walvoord (Back to the Bible, 1973), Sharpening the Focus of the Church by Gene Getz (Moody Press, 1974), and Body Life by Ray Stedman (Regal, 1972).

Join the conversation on Facebook
Tags:
None
Posted:
October 23, 2017