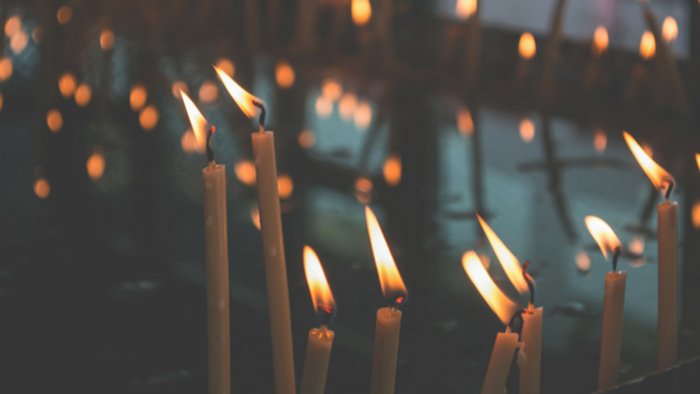 An important trend in American religion has been the rise of the religious nones. A religious none is someone who has no religious affiliation. They are given this name because when researchers survey them as to which religious faith they affiliate with, they check the box “none.”

Current estimates identify about 20% of Americans as religious nones, with the remaining 80% having some religious affiliation. 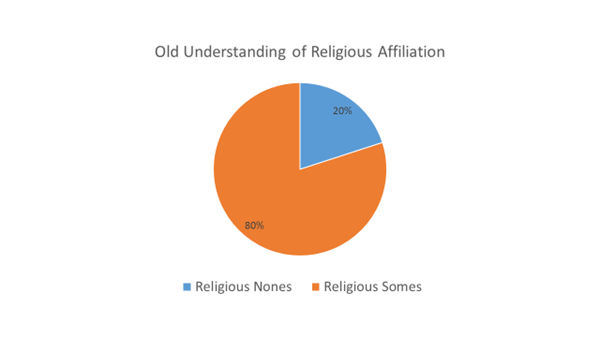 But this may be the wrong way to think about religious affiliation. This binary portrait—some or none—arises from cross-sectional surveys. These are surveys that are administered only one time. They give a snapshot of people’s religious affiliation, but they cannot measure how individuals’ affiliation changes over time.

As a result, cross-sectional surveys overlook the possibility that some people fluctuate in and out of religious affiliation. That is, they sometimes say that they have a religious affiliation and sometimes say that they do not. Lim, MacGregor, and Putnam identified this possibility and termed it being “liminal,” from the Latin word limin which means threshold.

Religious liminals fluctuate between religious affiliation and no affiliation. I’m a liminal myself. Not with religion, though, but with professional basketball fandom. On some days, I say that I don’t really have a favorite team. On other days, however, I say that I’m a Celtics fan. Growing up, my dad was an avid Celtics fan, and some of it rubbed off on me. Similarly, religious liminals sometimes identify with religion and sometimes do not. 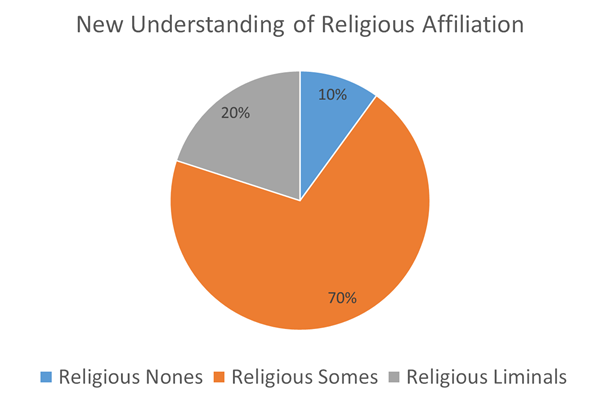 There are many implications to this recategorization. For us sociologists, there is a lot for us to learn about liminals. Who are they? What are their experiences? What are their stories? How do they understand their religious affiliation? What happens to them over the years?

For us Christians, the idea of a liminal casts sharing one’s faith in a different light. When I hear Christians talk about evangelism, there is often an implicit assumption that the person receiving the message has fully rejected religion—like a junior Richard Dawkins. Yes, some people are like this. But even more commonly people are on the fence about religion. Sometimes they think of themselves as religious, and other times they do not. Maybe they grew up in a religious family. Or maybe their partner is religious. Or maybe they hold religious beliefs—in God, in heaven, in the Bible—but aren’t sure what to make of organized religion.

Whatever the case, they, at least sometimes, embrace an aspect of religion. With these liminals, sharing one’s faith isn’t introducing something entirely new as much as it is fostering something that is already there.

In the coming years, we’ll hear a lot more about religious liminals—both from researchers and religious practitioners. This is how many Americans do religion.

Bradley Wright is an associate professor of sociology; he studies spirituality and well-being. He blogs at faithanddata.com.

Join the conversation on Facebook
Tags:
None
Posted:
September 21, 2017