We can draw inspiration from the ways that Jesus led.
Ed Stetzer 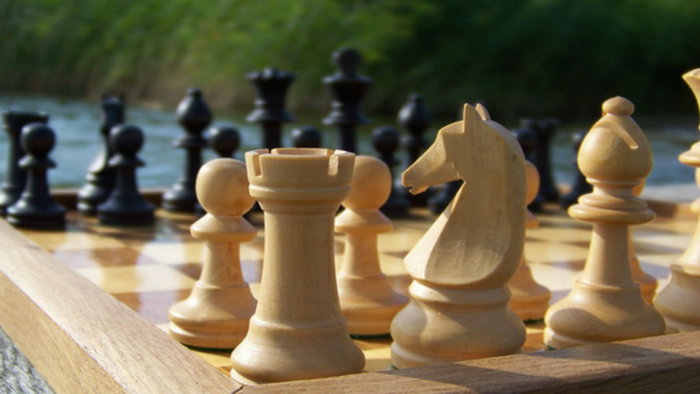 Image: pixabay
I’m writing, teaching, and thinking a lot more about leadership lately. In the last week, I’ve received three calls from people involving job changes due to poor leadership. Some are too ‘spiritual’ to talk about leadership principles, focusing instead on preaching, sacraments, the work of the Spirit, or whatever their tradition says they should look to instead. But throughout the Bible we see good leaders and bad ones and the impact of both. In this series, I hope to encourage you to be the kind of leader that, well, leads people to the things that matter most.

Jesus did not come to be your leadership guru. He came to die on the cross, for your sin, and in your place.

Yet, he did lead. And we can learn from how he led. If we look closely, we see that his leadership was wrapped in humility and servanthood. Even for those in high leadership positions, we all ultimately submit to one Person, and that is the Lord Jesus Christ.

Jesus also led perfectly. Now of course we are not perfect, but nonetheless Jesus’ model guides us towards towards more Spirit-led leadership that honors all those under our care. The more we follow Jesus, the more ‘perfect’ we can be in emulating and taking on the characteristics of a good leader. And when we lead like Jesus, we leave a legacy that is shaped around Jesus.

Gene Wilkes has helpfully categorized seven principles that we can take to heart to inspire our leadership. I have personally found these helpful in different leadership positions I have been in. None of us is perfect, but we strive to be leaders who at the end of each day may hear the voice of our God saying, “Well done, good and faithful servant.”

1. Jesus humbled himself and allowed God to exalt him.

Have this mind among yourselves, which is yours in Christ Jesus, who, though he was in the form of God, did not count equality with God a thing to be grasped, but emptied himself, by taking the form of a servant, being born in the likeness of men. And being found in human form, he humbled himself by becoming obedient to the point of death, even death on a cross. Therefore God has highly exalted him and bestowed on him the name that is above every name, so that at the name of Jesus every knee should bow, in heaven and on earth and under the earth, and every tongue confess that Jesus Christ is Lord, to the glory of God the Father. (Philippians 2:5-11)

2. Jesus followed his father’s will rather than sought a position.

For I have come down from heaven, not to do my own will but the will of him who sent me. (John 6:38)

3. Jesus defined greatness as being a servant.

And they came to Capernaum. And when he was in the house he asked them, “What were you discussing on the way?” But they kept silent, for on the way they had argued with one another about who was the greatest. And he sat down and called the twelve. And he said to them, “If anyone would be first, he must be last of all and servant of all.” (Mark 9:33-37)

4. Jesus took risks to serve others because he trusted he was God’s son.

Jesus, knowing that the Father had given all things into his hands, and that he had come from God and was going back to God, rose from supper. (John 13:3)

5. Jesus left his place at the head table to serve the needs of others.

He laid aside his outer garments, and taking a towel, tied it around his waist. Then he poured water into a basin and began to wash the disciples’ feet and to wipe them with the towel that was wrapped around him. (John 13:4-5)

6. Jesus shared responsibility and authority with those he called to lead.

And he called the twelve together and gave them power and authority over all demons and to cure diseases, and he sent them out to proclaim the kingdom of God and to heal. (Luke 9:1-2)

7. Jesus built a team to carry out a vision worldwide.

And Jesus came and said to them, “All authority in heaven and on earth has been given to me. Go therefore and make disciples of all nations, baptizing them in the name of the Father and of the Son and of the Holy Spirit, teaching them to observe all that I have commanded you. And behold, I am with you always, to the end of the age.” (Matthew 28:18-20)

Join the conversation on Facebook
Tags:
None
Posted:
September 27, 2017