There are real issues that deserve full coverage, not another fake story about the end of the world.
Ed Stetzer 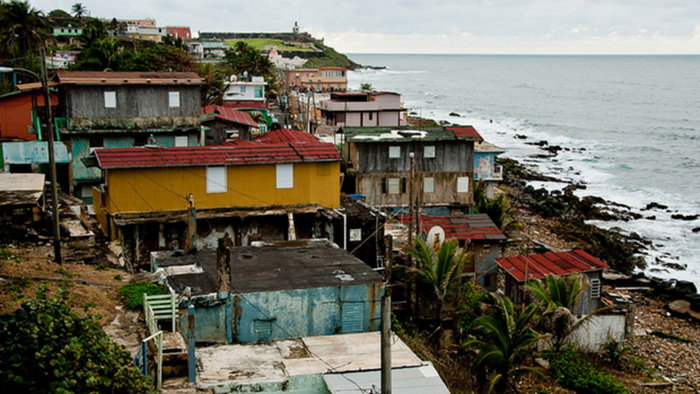 The need for good journalism has never been more pressing. Time and time again I have written about fake news. And over and over we find more of it, and more people believing it.

Rohingya Muslims are fleeing Myanmar for their lives. Puerto Rico is picking up the pieces after a devastating hurricane. One of the most divisive pieces of legislation in American history is being debated. North Korea and the U.S. are dancing around rhetoric last heard in the Cold War. It appears that no journalist is facing a shortage of issues and controversies worthy of their time—real issues that deserve full coverage and our attention.

In light of all of these significant and worthy issues that should deserve coverage, my question to the media is, why instead have you chosen to dedicate significant time and resources to the ravings of a poorly-credentialed conspiracy theorist like David Meade?

The “expert” of a profession that has been called ‘Christian Numerology,’ Meade has been the subject of article after article, bolstering his claims and linking his views to mainstream Christian theology. While some may see the unfounded discoveries of men like Meade as urgent news, I feel compelled to point something out: there is a lot going on in the world right now.

As I said in the Washington Post, Meade is a “made-up expert in a made-up field talking about a made-up event.” So, why is he in so many news reports today?

Taking Our Eyes Off the Good

In giving people like Meade a platform, media outlets have unwittingly legitimized his illegitimate findings. They’ve given (yet another) ill-informed Christian a megaphone by which he (and others before him) can make Christians look foolish and distract us from the real issues.

In doing so, the meaningful, reputable work done by credible Christians right now is diminished. For example, we can look at the critical and selfless work of Christ-followers after the recent hurricanes that devastated Texas, Florida, Puerto Rico, and elsewhere. Christians were on the ground even as the hurricanes raged and faith-based groups and organizations have since dedicated hours of time and resources to the recovery.

Yet these hundreds of Christians living out the implications of the gospel are overlooked by media outlets for the fabricated rubbish of one.

So, this weekend, you will probably see more news about Christian doomsday than Christian disaster relief. And that’s wrong.

And, I don’t think it is a mistake to ask why? Why focus on the ravings of one and ignore the heroism of many?

First, some in the media can’t resist the new ‘shiny’ thing.

Consumed with popularity, they too often neglect process. Driven by accumulating clicks, they too often abdicate their responsibility for content. In their eyes, one conspiracy theorist with a blog is much more intriguing than the sacrifice of hundreds of Christians. They gravitate to stories that entertain rather than educate.

And, yes, I think some in the media really do like to run the stories that make Christians look foolish—not all, but some.

If it’s true that the media fails to cover important stories thoroughly, could this be due to our tendency to scroll past them? Is it possible that we not only share, but actually feed into their love for controversy and conspiracy?

Although this requires humility and honesty to admit, most of us are drawn to ‘shiny’ stories that highlight negativity, disaster, and destruction. We enjoy being entertained just as much as the media enjoys entertaining.

Ultimately, if we want to see an end to this kind of coverage, we ought first to be people who gravitate towards Christian service over conspiracy. We need to advocate for fair news coverage rather than that which merely feeds our bias. We need to demand that actual church leaders and experts who are on the front lines of ministry be in our news rather than merely fawning over, and falling prey to, the craziest or the loudest voices.

Gullibility is not a Virtue

And, there are some who do believe the world is ending Saturday—as I’ve seen in my Facebook comments. Not many, but enough that we should be reminded that there are some gullible Christians out there.

The rise of fake news, an industry that directly profits off ignorance and nescience, has unfortunately found a welcome audience among many American Christians. Our gullibility in accepting “breaking news” of planets colliding or an eclipse apocalypse as fact is saddening. Moreover, our willingness to reject true reporting as “fake news” because it is upsetting only opens us up to appropriate criticism.

Clearly, we need to disciple people in discernment. Gullibility is not a virtue.

So, maybe this weekend you could take the time to share some news about relief workers around the world, rather than read foolish stories about the end of the world.

The world won’t end Saturday, nor will the world as we know it end (Meade’s newest description), but the world of Christians will go on.

Join the conversation on Facebook
Tags:
None
Posted:
September 22, 2017