Is sex better because of Hugh Hefner?
Ed Stetzer 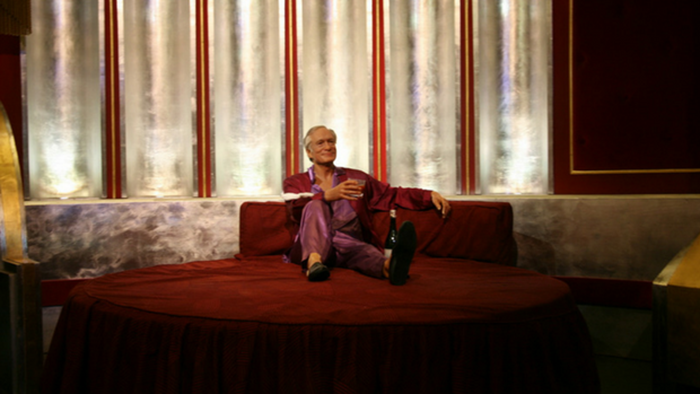 Hugh Hefner has died at the age of 91.

Some of you may wonder why I am writing about a man best known for his pipe, his robe, and for taking the sexual revolution and promiscuity to a new level.

If we are honest, we’d be hard pressed to find something affirming to say about him from a Christian-values standpoint. And yet what trumps all of that in moments like this is this: he was made in the image of God, just like me and you.

And as followers of Christ, we mourn his death.

Christianity Today published a long form article years ago that is worth your time to read. The subtitle lays out the agenda: “How the Playboy magnate won the culture war, lost his soul, and left us with a mess to clean up.” Now we cannot know about his soul, but we can look at his life and ask, “What’s our response and what can we learn?”

Hugh Hefner made immorality trendy. This is not to say that men have not always liked to look at naked women.

And it’s not that he invented immorality. But what he did do is mainstream it.

So, today, I don’t imagine you will see many articles in which people talk about mourning and legacy, at least in the mainstream news. My guess is they will focus on robes, pipes, and liberation. But, as Christians, we need to think more deeply and somberly. I think this is a moment when our own understanding of what we believe and live can be sharpened, and I think we can find that in the concept of mourning.

First, we mourn his death.

Before jumping into value judgments and pontification, we must start with lament over the death of one created in the image of God. Hefner’s family and friends are now in a place of mourning. He had countless wives and partners, many who are (were) famous themselves. But he was married to Crystal and had four children.

Right now, these loved ones are hurting. As Christians, we hurt with them because we believe that all life is a gift from God. We don’t need to know Hefner or anyone close to him in order to make that determination.

As we “mourn with those who mourn” as Scripture commands, we also need not examine Hefner’s story with an attitude of judgment or hateful reproach.

Second, we mourn the legacy of the objectification of women.

At the center of Hefner’s legacy is the symbol of the sexual revolution—the shifting in American (and by extension the world’s) views on sex. It is unfair to lay the blame for our culture’s decline in sexual identity solely at the feet of Hefner. At the same time, it is undeniable that his brand has become synonymous in the public consciousness with sexual liberation, inhibition, and meaninglessness. Beyond the bunny ears and ridiculous costumes is the recurring image of Hefner in his night coat—a picture to many as the pinnacle of manhood.

So we mourn his legacy. Sadly, the average age when boys first view pornography is 11. It’s tragic to think that the typical first image a boy will see is an airbrushed, falsified image that objectifies women. Many will try to sell the idea that Playboy was more than its pictures, yet the widespread joke, “I only read it for the articles,” reveals the truth of its position in culture.

Hefner himself seemed to want to keep the realities from his own daughter. When Christine came to the mansion, those there remembered a concentrated effort to clean the mansion up, “the kinky stuff put away, and the Parcheesi board taken out.” Later, she’d join in, not as a bunny, but as a businesswomen, selling images of other women. I remember as a young man hearing a Christian song explain, “You want to do to other men’s daughters what you don’t want them to do to your own.”

Third, we mourn the legacy of a pornified culture.

Reporting on the shift in policy, the New York Times noted that Playboy recognized that they could no longer keep up with the industry they helped launch. Quoting Playboy’s chief executive Scott Flanders, the NYT reported, “That battle has been fought and won… You’re now one click away from every sex act imaginable for free. And so it’s just passé at this juncture.” Let’s look at some stats:

And it’s impacting all of us. According to a 2011 Lifeway Research survey, when presented with the statement, “Pornography has adversely affected the lives of our church members,” 69 percent of pastors surveyed agree. And an additional 14 percent did not know or preferred not to answer. 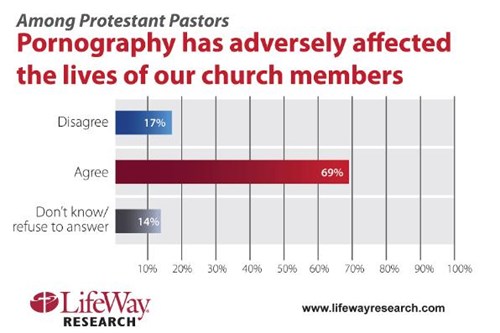 That means only 17 percent of pastors said pornography has not adversely impacted their church. This is a sad indictment of the reality we face today, inside and outside the walls of our churches.

Culture has been pornified and Hugh Hefner was the bathrobe-wearing pied piper. That’s a legacy worth mourning.

Hugh Hefner sold an idea that there was a party going on and we needed to throw off our inhibitions and join in.

Indeed, he did not start the sexual revolution, but he was certainly one of its generals. Gloomily, we can say that we’ve had the sexual revolution and all sides lost. Perhaps at this moment we might ask, Is this what we really expected when the first Playboy issue published a nude picture of Marilyn Monroe?

It’s hard to fathom that anyone would have known what this would have turned into. Parents growing up today are fighting to keep their children pure. Spouses are fighting to keep their marriages intact. And many enslaved and trapped in the adult entertainment industry have been figuratively and literally stripped not only of their clothes, but their very value as people made in the image of God.

If this does not concern us, what will?

At the end of the day, I think we need to ask, “Is sex better because of Hugh Hefner?” After all, his desired legacy was to set us free from the moralistic upbringing he experienced.

I think a whole lot of women would say no. A whole lot of men would agree. Sex was not, as Hefner thought, a meaningless transaction between two bodies to be casually engaged with as many people as possible. This view, when applied, is ultimately bad for couples, marriages, and is particularly harmful in familial contexts.

There is a better way, and that is to see women not as objects, but as human beings whose bodies bear the image of God. The better way is to see sex as a beautiful and uninhibited expression of love inside of a committed marriage.

The writer of Proverbs gives men a better way than the sexuality that Hefner offered. It’s a sexuality that lasts until we are old, does not need airbrushing, and leaves a beautiful legacy:

Let your fountain be blessed,
and take pleasure in the wife of your youth.
A loving deer, a graceful doe—
let her breasts always satisfy you;
be lost in her love forever.
Why, my son, would you lose yourself
with a forbidden woman
or embrace a wayward woman?
(Proverbs 5:18-20, CSB)

That is ultimately a sexual legacy of rejoicing, not one of mourning.

Join the conversation on Facebook
Tags:
None
Posted:
September 28, 2017