The role of the “great Politician” can only be found in the person of Jesus Christ.
Laurie Nichols 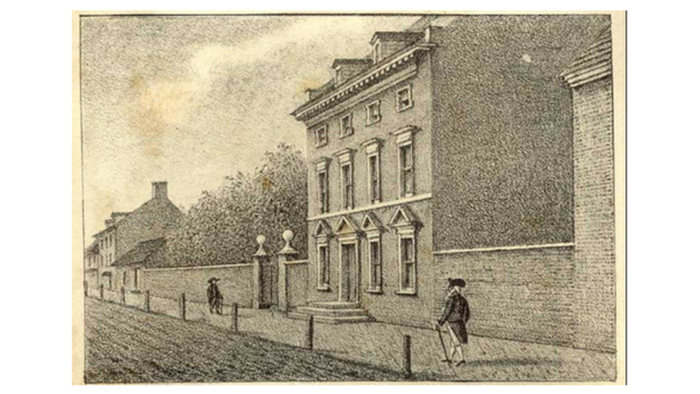 “It is the Part of a great Politician to make the Character of his People; to extinguish among them, the Follies and Vices that he sees, and to create in them the Virtues and Abilities which he sees wanting. I wish I was sure that America has one such Politician, but I fear she has not.” – John Adams, January 8, 1776

It’s been over 240 years since John Adams (second President of the United States) penned these words to Mercy Otis Warren. Although his words concerned the benefits of a Republic vs. a Monarchy, these words speak volumes to us in many contexts and cultures today.

When reading this quote, some may focus on the latter part and immediately find the correlation between Adams’ statement and the affairs of our political system in America today. Others may tease out the responsibilities of a good and effective leader and use it as a five-point sermon, or the topic of the next series on discipleship.

What strikes me about what Adams said, however, is that it reminds us of our complete inability to change the hearts of others. Even a cursory look at history reminds us that, although certain times may be perceived as “glory days” and certain leaders as “the greatest of all time,” none lacked flaws or imperfections. The hearts of all men and women still ebb toward sin. There is a reason the Prophet Jeremiah declares, “The heart is deceitful above all things and beyond cure. Who can understand it?” (Jer. 17:9).

I have a dear friend who used to lovingly refer to her children as “little sinners.” This is not because she didn’t love them deeply, but because even by the age of 2 she saw the effects of the Fall in them. The truth is that no matter how hard we try to “extinguish” the “follies and vices” that Adams (and many others throughout the ages!) referred to, we always come up empty handed.

As we look at our political system today (which John Adams’ statement lends us to do), we may have different reactions: (1) if we agree with what’s going on, we may staunchly stick our feet in the proverbial mud because we will not be swayed; (2) we critically assess each matter independently and seek to err on the side of rightness and justice; (3) we loudly protest against the side we oppose; and/or (4) we “speak to the palm” all issues related to politics, hoping others will just say and do the right thing.

Obviously, some of these choices are better than others. Here’s the point: as Christ-followers, we are called to continually pursue righteousness, justice, and peace in a world which leans away from these virtues. But we can’t do it on our own.

As I read Adams’ letter to Mercy Otis Warren, I am convinced that the role of the “great Politician” can only be found in the person of Jesus Christ, crucified, buried, risen, and now reigning forever. Even the greatest of leaders, whether from historical biblical times (i.e. Abraham, King David, the Apostle Peter, etc.) or recent times (i.e. Winston Churchill, Franklin D. Roosevelt, Martin Luther King, Jr., etc.) came up short of the ability to call all peoples to extinguish vices and create virtues.

It is God alone who does this.

As I’ve watched the last year’s political scene unfold (especially from the vantage point of serving as Ed’s editor for this blog), I have wondered why, no matter how often or how loud Christians (and others) yell at the ‘opposing side’, we still don’t see hearts moved. My hunch is that it’s because our voices may have gotten louder, and more frequent, than our prayers. I am certainly guilty of this! How much easier it is to tweet out 140 characters than to spend 30 minutes in silence with God?

So what do we do? If we are helpless to change hearts, what is our role?

First, we reimagine Jesus. At the Billy Graham Center where I work, we have a phrase that we use continually in the different events and resources that we create: reimagining. We re-envision things under the Lordship of Christ. New hearts, new cultures, new relationships, new ways of seeing our world, which is broken, but beautiful.

As we continue to encounter brokenness around us, whether in the one-on-one relationships we have, or in the systemic fractures we see across the cultural spectrum, we fix our eyes on Jesus, who alone changes individual hearts and entire communities. We reimagine Him on the throne.

This may seem easy on the surface but, in reality, there is perhaps nothing more challenging, because as we sit with God and reimagine and rediscover who He is and His ways of being and working, we come to the crushing reality of idolatry.

Second, we dethrone idolatry. In an effort to make the world around us more like us, we have made ourselves into demigods. Sometimes, an honest look in the mirror reveals something tragic and gnarly. We are faced with the fact that we think we are right, or perhaps we have placed our trust where it needn’t be placed. We have bought into the lie that although we profess to know Christ, we believe our thoughts and passions always run exactly parallel to His.

And this just isn’t so. No matter how close to godliness we may appear to be, we are all tainted with sin at the end of the day. This isn’t a bad thing, for it reminds us that there truly IS One “great Politician” who desires for us to see clearly and desires for hearts to be changed. The image of Christ on the throne is perhaps more needed today than ever. His rule requires our bended knee to seek truth in all its forms.

Third, we regroup as Christ-followers. I believe the Church plays a critical role in our political and cultural environment today. No amount of government policy or institutional law can trump the role of God’s Church at work today. Once we have diligently sought to understand God’s work in the world and our submissive role under His leadership, we begin to notice things differently.

Perhaps it’s that those we have placed on proverbial thrones need instead to be seated in chairs at the table. Perhaps it’s understanding that those on the margins really are first in God’s economy. Perhaps it’s that, as my dad likes to say, “We really do have two ears and one mouth for a reason,” and listening to the other side is the best plan of action.

If you are looking around and wondering when those around you will change, maybe it’s time to look elsewhere. Maybe it’s our hearts that need changing as well. If God does not have favorites (Rom. 2:11), then He desires all of us to grow in our understanding of Him. Maybe it’s time we shut down that tweet and instead enter into the Holy of Holies, where God beckons us near. Only then will we rightly face each crisis of the day with integrity, humility, and understanding.

Laurie Nichols is Director of Communications for the Billy Graham Center at Wheaton College.

Join the conversation on Facebook
Tags:
None
Posted:
September 14, 2017