Kaepernick, Speech, and a Job: The Cleat May Soon be on the Other Foot

Free speech is important, but is it always helpful, and how does it relate to employment?
Ed Stetzer 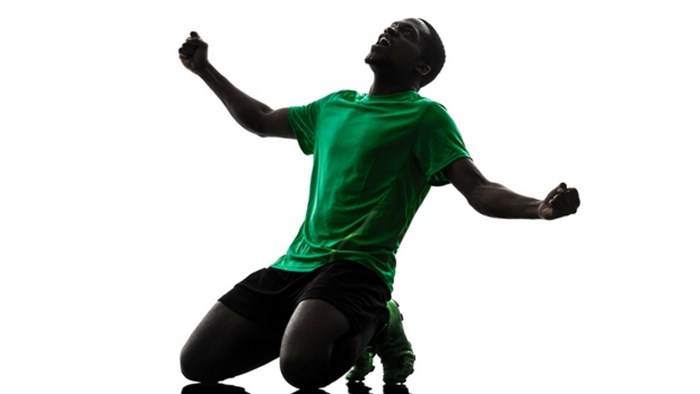 Image: Copyright Ostill via shutterstock.com
Be sure to read responses to this article from John Richards, Charlie Dates, Michael Lee, and Stacy Hilliard, as well as a follow up from me.

Free speech can be quite controversial.

Yesterday, President Trump exercised his right to speak out when he called on NFL owners to release players who took a knee during the anthem. And when the president called on fans to boycott NFL football, that was still about citizens exercising a right.

So, none of these things are illegal. But the question is, Are they helpful?

To be honest, I don’t know much about football. Google only recently told me that Kaepernick is a quarterback. He has been protesting what he sees as racial injustice in America by kneeling during the national anthem.

Now, let me say, I’m not a big fan of “totalizing” protests—the national anthem is a symbol of many things and so much of that is good. Furthermore, the flag and the anthem represent the sacrifice of many who have fought and died for freedoms, including the freedom of speech we are discussing today. As such, I do find such protests disrespectful.

However, I do not have to be a fan of the protest to reflect on the president's comments and how Christians might react. So here are a few ways we might respond to what is now a national conversation surrounding Kaepernick and President Trump.

First, the response of many African Americans (including fellow Christians) should give us pause to reflect on their response.

Sure, I get it. Like me, many of you are offended by people who dishonor the flag and the anthem. Patriotism is important to me, and we even read the Declaration of Independence at our house on July 4. And we stand for the anthem because we are thankful for this country.

Yet, if you saw the news earlier today, you saw many African American players kneeling, joining Kaepernick in what many see as an un-patriotic moment. This protest was initially only a few players, but in the wake of President Trump’s comments, we have seen a growing number of African Americans speaking out on social media and on the football field in defense of those who took to their knees.

Leading athletes who typically avoid controversy have spoken passionately in support of peaceful protest. Benjamin Watson, a well-known evangelical player with his own author page at the Gospel Coalition, tweeted:

I’ve published literally tens of thousands of words about the concerns Kaepernick raises, so I encourage you to take a moment to get beyond the protest and consider the issues.

For many white evangelicals, our first reaction to these protests might be confusion or, worse, anger. But when a community speaks as quickly and in unison about their pain, frustration, and fear, we are obligated—by our love for the Body of Christ and by our mission to bring the love of Christ to all—to stop first and tweet later.

In light of this calling, our first action before reaching for Twitter or switching the channel is to reflect in prayer on the causes behind these reactions. Then, we should ask how we can act.

Second, we should ask if the responses here are helpful.

Yes, everyone here has the right to speak. This includes Kaepernick and the president. But we need to ask, Are their words and actions helping?

Fundamental to patriotism is the belief in free speech—it’s part of why soldiers have fought and died in defense of this American experiment. And before the leader of the free world became involved, it was just that—a protest of racial injustice. For what it’s worth, I thought it an unhelpful protest, but it is one that has happened before and the republic has survived.

Regrettably and unnecessarily, President Trump’s comments have further divided the country, since this is not simply a protest about football, but about race. Kaepernick was an unsigned quarterback yesterday. This simply did not need a response from the president.

Yesterday, Marc Short indicated that the “The president believes it is his role to improve race relations.” Whether you agree or disagree with the president’s comments, this did not help that cause.

This might be a time to “do unto others as we want done unto us.”

Perhaps an evangelical-focused hypohetical might help. Consider if Hillary Clinton were president and she called out professors for having a discriminatory (what evangelicals call “biblical”) view of marriage, encouraging universities to fire people who hold such beliefs, and to boycott schools that hold such doctrines.

I am not saying this would have happened. However, looking at current cultural trajectory, and how dissenters are being treated (see examples below), it would not be hard for some to imagine such a scenario—which may help illustrate the point to my fellow evangelicals.

And, might I add, if she were to do this, President Hillary Clinton would have been exercising her free speech.

So, everyone here has a right to do what they are doing. But again, let’s ask, Is it helpful?

Simply put, do we really want to force people to lose their jobs because we disagree with them?

If current trends continue, Christians will be penalized for their speech soon enough. Actually, some already have been. This is one of the great issues of religious liberty right now. Most of these realities, however, have to do with employment or businesses—so don’t miss this.

The president of Mozilla lost his job, British politicians have been forced to resign, and bakers and florists have lost their livelihood.

Why? Well, they didn’t kneel to the prevailing views of the day.

So, ultimately, the question is, Can we hold an unpopular opinion and keep our jobs?

If you don’t think that’s an issue, you have not been paying attention to the recent religious test debates.

I think we all want to live in a country where presidents and politicians are not going after certain groups of people and targeting their employment due to the unpopularity of their beliefs.

I understand (and actually agree) that Kaepernick’s approach was not helpful. There is a time and a place for peaceful protest in civil society. However, his selection of time and space during the singing of the national anthem—moments set aside to honor the sacrifice of countless patriots—was an unwise choice. (And, thankfully, you can have a different opinion.) However, it appears that almost all other players agreed—until the president started calling for people to be fired.

As a patriot, I defend the right of people to peacefully protest by simply taking a knee.

So, before you disagree, NFL fans can do what they want. And the president can say what he wants.

But before you cheer on his words while tearing down the words of others, keep in mind that speech is free even when it’s unpopular. And that, depending on the circumstances, unpopular speech is sometimes your speech and related to your job.

In other words, the cleat may soon be on the other foot.

John Richards, who works with me at the Billy Graham Center, took exception to my post.
Charlie Dates, a friend and local pastor, said I missed an important reality.
Michael Lee, who also works with me, explained the symbols involved.
Stacy Hilliard is a friend, retired marine, former police officer, and pastor.
I wrote a follow up article to explain why disagreement is important.

Join the conversation on Facebook
Tags:
None
Posted:
September 24, 2017

Kaepernick, Speech, and a Job: The Cleat May Soon be on the Other Foot

Kaepernick, Speech, and a Job: The Cleat May Soon ...