Leadership is often very humbling, and leadership is most dangerous when it ceases to be.
Eric Geiger 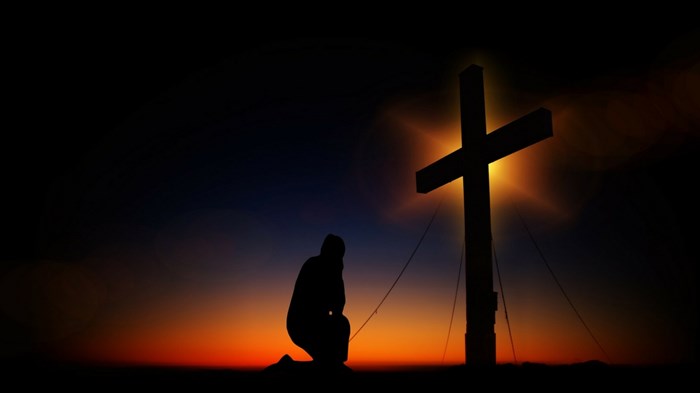 Image: Creative Commons
Leadership is essential for success in life, church, ministry, and business. I've asked some leaders I know and respect to write about several important aspects of leadership so I could share them with you so that we can grow together as leaders and learn from their successes as well as their struggles. Below, Eric Geiger talks about the humble leader.

Leadership is often very humbling, and leadership is most dangerous when it ceases to be. Here is what I mean: Leadership is humbling because it is extremely challenging. Being a leader can be deeply sanctifying because humbling opportunities abound.

The messiness of life gets in the way of the vision leaders articulate. Plans rarely go exactly as they are outlined. And the daily burden of responsibility for caring for others is enormous. When one signs up, or is drafted, to be a leader, the person engages in a very humbling endeavor.

Leadership is most dangerous when it ceases to be humbling, when success comes to the leader. When a leader starts to thrive, when the Lord grants success, and/or when things go better than planned, the leader can easily drift toward pride.

And pride always precedes a downfall.

David, Israel’s second king and the man after God’s own heart, walked humbly with the Lord. As David led with a pure heart and skillful hands, the Lord granted him success. But like the king before him (Saul) and the kings after him (Uzziah), pride corrupted David’s heart.

When David asked who the beautiful woman was, the woman who lived in the house he was able to see from his roof, the woman he wanted more than he wanted his own integrity, he discovered she was married. One of his servants sheepishly asked, “Isn’t this the wife of Uriah?” David’s response was to send for her anyway. After all, David was king, and the king got whatever he wanted (2 Sam. 11).

Earlier in his life, David humbly asked God to keep him in the shadow of his wings, as he was grateful for the Lord’s provision of a cave for his residence (Ps. 57). But on the roof of the palace, David trusted himself instead of his God. When David was weak before God, he was actually strong. But when he felt strong, he was very weak. He did not seek refuge in the arms of God but in the arms of a woman. When he abandoned his weakness before God and walked in pride, he walked toward his own demise.

While we all struggle with pride, perhaps it can plague leaders the most. Leaders have the authority to make decisions, the position to influence others, and the opportunity to ask others for time and commitment. C.S. Lewis called pride the great sin, a sin we easily see in others but can fail to recognize in ourselves. Yet we know and we have seen the damaging impact of pride on a leader. When a leader fails to walk in humility, the leader makes absolutely foolish decisions, pushes people away, and sets himself/herself in opposition to the Lord.

So how can leaders recognize our drift from humility to pride?

Look for entitlement. Entitlement always rises as pride rises. It is impossible to be filled with humility and a sense of entitlement at the same time. Whenever we feel we are owed something, it is because we have forgotten that God is the One who gives all good things.

Leaders, especially in seasons of success, can develop a sense of entitlement. Perhaps David felt entitled to the palace and entitled to bring a married woman to his room because he had served the people of Israel extremely well, defeated their enemies, energized the capital city, and given a sense of national pride to the people. He felt he deserved whatever he wanted, deserved more than he currently had. David forgot that all his victories and all the blessings he enjoyed were only because God had graciously given them.

David’s belief that he was entitled to Bathsheba revealed that in that moment he was not filled with gratitude for God and His blessings. God was the one who took David from watching sheep to leading all of Israel, from sleeping in fields and caves to sleeping in a palace, from being one whose family considered him an unlikely candidate for king to the king everyone respected and revered. Tragically, all of that was not enough for David on the night he gave the order for servants to bring Bathsheba to him. He was ungrateful for God’s provision and blessing, and instead of using the throne to serve others, he used the throne to serve himself.

Humble leaders realize the only thing we are entitled to is death and destruction because of our sin. Yet God in his mercy has given us himself, taken away our sin, and offered us everlasting life. In the same way, everything we steward, every opportunity we have, every season we are able to lead and serve others is only because of his grace. To remind us of this truth, the apostle Paul rhetorically asked, “For who makes you so superior? What do you have that you didn’t receive?” (1 Cor.4:7). Humble leaders remind themselves of this truth over and over again.

View the articles in the series here:

The Legacy of a Leader

This article and several others on leadership are featured in our new Mission Group eBook “Leaders on Leadership.” Get it free here.