If religious nationalism is at the heart of India’s social and political uprising, what then is core to the spiritual renewals taking place in so many places and among so many peoples?
Brian Stiller 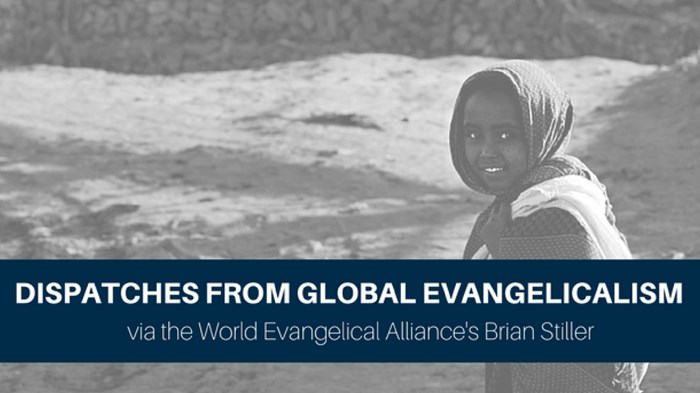 Two dramatically divergent pictures of India appear in this country of astounding complexity, variety, and opportunity. The first is that in 2017 the government of India forced Compassion International to shut down its services to 145,000 children, lay off its 580 staff, and turn off its annual funding of $50 million.

On the flip side, there are remarkable movements towards faith. Miracles of healings and release from controlling spirits fuel these amazing people—movements of faith, resulting in Hindus coming to Christ. Many of these converts call themselves “Christ-ward” believers—that is, their worship and faith is in Christ, but they continue to live within their Hindu culture.

Why such opposite and contradictory movements? Why would a country with much of its population living in poverty turn down service to its children, an issue concerning not only Compassion International, but other evangelical and Roman Catholic charities? Charging that funds from the West are used for conversion purposes, the government said the money is no longer wanted. It is estimated there are two million non-profit groups working in India.

This didn’t happen overnight. Hindutva—Hindu nationalism, literally “Hindu essence”—is growing and has been building strength for decades. It is now hand in glove with the ruling Hindu nationalist party, the BJP. Hindutva is an ideology that “seeks to create a Hindu rashtra (nation) by redefining ‘Indianness’ on the basis of religion and culture,” thus moving India towards becoming a Hindu nation, as noted by missiologist Prabhu Singh.

These Hindu nationalists view attacks against other faiths as their way to protect themselves from what they consider outside invaders, even though Christian witness has been circulating in India for 2,000 years.

You can observe the power of the Hindutva movement by the activity of its ideological stormtroopers called the RSS or the “National Volunteer Organization.” Made up of volunteers – Swayamsevak – RSS has 50,000 Shakhas or branches, a kind of Sunday school with group meetings every morning of the week.

Their goal? To transform India into “one culture, one nation, one religion.” The challenge they face is the diversity of India and the essential pluralism of Hinduism which by nature is respectful of multi gods. Faced with this, religious nationalists target those they consider obstacles to their vision including Muslims, Christians, Communists and Dalits, all—in their eyes—enemies of Hindutva.

This religious nationalism is accompanied by its own notion of what is divine, a form of fascism. As a senior leader told me, a Hindutva follower can’t say “God bless India” for there is no point to say “God bless god.” With one’s culture, nation, and religion as a god, there is no place for transcendence. It’s not surprising that a popular book today in India, I was told, is Mein Kampf.

A Land of Richness and Poverty

Colonized by England, India lurched into its current form of democracy in the mid 20th century (1947) as part of the land was wrenched from its holdings, resulting in what became Pakistan and later Bangladesh (1972).

Millions were killed and displaced as Pakistan and Bangladesh, largely Muslim, were born in violence. Even today, these new countries created by partition and its aftereffects, and living alongside each other, are often characterized by feuds fueled by national, religious, and cultural animosity.

Not to be forgotten is that India’s democracy is recent. Under the British, their cultural and political elites accepted the British form, and then, as any country will do, once the British left, created democracy in their own image.

India is a massive and complex culture, in a country with land mass less than half that of Australia, yet with its 1.3 billion population to equal that of China. India’s 36 states and territories are each different by way of histories, cultural makeups, languages, and class structures.

Peculiar to India is the caste system which defines people and their roles. It is more than just about untouchables or Dalits, it is a religious vision of life that gives high privilege to a small percentage of the people. The Brahmin caste or the “head,” priests and academics, make up five percent. Then comes the warrior caste, Kshatryia who rule and protect society. Next is the Vaishya caste, made up of merchants and landowners who oversee commerce and agriculture.

About 30 percent are OBC, officially called Other Backward Castes. The Sudra class is made up of peasants, farmers, and unskilled workers, those who do manual labor for the top three castes.

Dalits, or “untouchables,” aren’t even included as a caste. This means that one-third of India is considered nonpersons, those whom higher castes refuse to touch, eat with, or have any association.

Even though the government passed a nondiscriminatory law, an untouchable continues to be one you don’t touch or allow them to touch you. (Socio Economic and Caste Census 2011: India has 19.7% Dalits, 8.5 % Tribals, 41.1% Other Backward Castes and 30.8% others including the higher castes.)

The caste system hinders mobility, restricting people from moving outside of pre-determined social structures. This, in effect, locks them into how they think of themselves, where they can move to in their culture, and what they might become vocationally. In some areas, business categories may break down the separation. For example, an IT worker in Bangalore will be promoted by skill, not necessarily by caste. However, since property is inherited, when he approaches marriage, if he marries outside his caste, the structure will kick in and rule.

Making Sense of this Great Land

Wherever I visit, I am reminded that perspective matters, especially in evaluating esoteric and strange realities, for every country and people has its own stories of the bizarre and the incredulous.

India is an ancient culture with traditions and mores. Embedded in its culture is an entrenched religion, so much so that some define India as Hindu, not so much by its religion as by its culture.

Its huge population and influential diaspora create a global community with its own sense of being distinct, with an influential critical mass that has become its source of self-assurance and boldness. From this very massiveness, the people are emboldened, insisting on carving out their own channels of politics, culture and social structures. They don’t ask for permission from any one.

While the shutting out of Compassion International and their many NGO colleagues is a tragic loss for so many children and parents, in India the wider story of Christian witness continues to be played out. My question was, “If religious nationalism is at the heart of India’s social and political uprising, what then is core to the spiritual renewals taking place in so many places and among so many peoples?”

It helps to keep in mind that India has a long history of Christian witness. In spite of Hindu accelerants who press to make India pervasively Hindu and assert that Christianity is a “Western” religion, keep this in mind: The origin of the gospel is not Western, but Middle Eastern. Christian witness came 1,600 years earlier to India than to North America, with the arrival of the Apostle Thomas in the south of India.

The wind of the Spirit wends across this land in fresh ways, among ‘Christ-ward movements,’ not only among the tribal and Dalit communities but in other communities that historically were resistant to the gospel.

Missiologist Prabhu Singh reminds us that these movements are being verified by one of the largest ongoing research initiatives in the Majority World. He studies these new ‘Christ-ward’ movements in North India through the South Asia Institute for Advanced Christian Studies (SAIACS). These new movements surprise our more traditional methods, and press missions to go back to the drawing board to see new ways of the Spirit.

Although Christian witness has a long presence in India, what is surfacing now is the power of religious nationalism. But we should not be dismayed, but rather remember what we learned from China. An ongoing witness finds its greatest force and sustainability while under the mantle of its own leaders, its own culturally sensitive strategies, and its own nationally based funding.

We continue to watch and pray for leadership in India as they build ministry that is truly indigenous. This is a foundational condition necessary for spiritual vitality and vibrancy.

Join the conversation on Facebook
Tags:
India | International
Posted:
May 5, 2018