While no two of us are completely alike, we tend to find fellow humans who share at least one if not more of our convictions.
Ed Stetzer 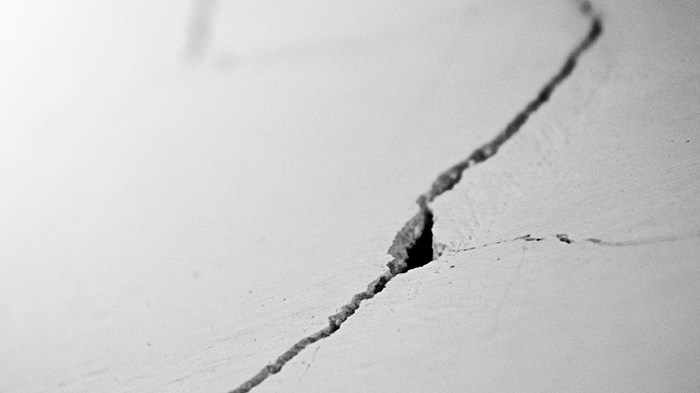 Many of us recall playing little league baseball, soccer, or softball as kids. Something about being a part of a team excites and energizes the human spirit. Groups of youngster’s rally behind a common ambition and celebrate our reliance on one another in order to see our goals come to fruition.

Society at large has this same sort of phenomena; except, instead of calling them little league teams, we’ve coined them as factions.

James Madison, a founding father and the fourth man to serve as President of the United States, wrote about the presence of factions in American society as early as 1787.

He explains factions to be a group of individuals “united by some impulse or passion, or interest, adverse to the rights of other citizens, or to the permanent and aggregate interests of the community.” To be human is to possess a unique set of possessions, opinions, and passions; we are inherently unequal in these areas.

While no two of us are completely alike, we tend to find fellow humans who share at least one if not more of our convictions. We like to look for similarities—sameness, for many of us, feels most comfortable.

Like the little league teams from our childhood, adulthood is full of team spirit. Be these groups political, social, or religious, each is intended to bring likeminded folks into conversation and community with one another.

But the thing is, these teams have a tendency to cultivate unflinching devotion to achievement of some end goal. The game can quickly become zero-sum. In order for us to win, they need to lose.

The purpose of the team is then seen on binary all or nothing terms which are then used to frame those outside their clan as opponents to compete against—those who don’t see the world as we do and might differ from us on religious or political lines.

This—the notion of the ‘other’ as enemy—is tribalism. It feeds the age of outrage in which we live; a world where opinions and ideas that contradict our own are not to be respected or even remotely entertained.

Tribalism in an Age of Outrage

Anyone who has scrolled through social media recently knows all to well the vitriolic nature of 21st-century public discourse. Tribalism tells us to dislike, unfollow, and comment away in an attempt to show non-members of our ideological team just how misguided they are. Simply put, we’re on a self-assigned mission to criticize and condemn anyone who stands in opposition to our team and its ideals.

But truthfully, this obvious anger begs a serious question: What is there to be outraged about? Did any one of us really expect to agree with every single neighbor, friend, or family member of ours on all matters?

Many of us who fear challenges being made to our thoughts and ideas find it easiest to shut out all other voices completely. Do you find yourself only befriending those who hold similar views? Watching only news networks that tell your political party’s side of the story? Following thinkers, writers, and speakers who say what you’d most like to hear?

This, again, is tribalism at work in an age of outrage. We’re angry, we feel challenged, and we can’t help but see people around us not as neighbors, but as opponents and enemies.

Tribalism in the Church

Unfortunately, tribalism isn’t just a problem for unbelievers—it’s a problem for all of us. Even members of the family of God are finding themselves feeling divided and disenchanted with one another over issues that, quite frankly, are non-essential.

We’ve pitted ourselves against friends and family members who share our commitment to the gospel but might disagree on other political or ideological matters. In many cases, we’ve been just as partisan and polarizing as non-Bible-believing secular members of society.

For this, we must repent.

As Madison told us hundreds of years ago, society will never be faction free. Neither will the church. For that reason, learning to live together in unity is critical.

The church, as Christ’s body, must learn to see one another as brothers and sisters—member’s of the eternal family of God—instead of political or ideological opponents. As Paul writes to the church in Corinth, “Is not the bread that we break a participation in the body of Christ? Because there is one loaf, we, who are many, are one body, for we all share the one loaf” (1 Cor.10:16-17).

Many who claim to faithfully follow Christ are living in direct opposition to this call to recognize the oneness of the church. For this, there are consequences.

Of the many negative impacts that spring from church disunity, perhaps most troubling is the damage it does to our gospel witness. Famed evangelist D.L. Moody said that he had “never yet known the Spirit of God to work where the Lord's people were divided."

To what extent do churches struggle to retain membership and communities turn their hearts away from God because of brokenness within Christ’s body?

As Christians, we must reassess and renew our priorities, learning to value church health over partisan politics in our everyday lives.

Join the conversation on Facebook
Tags:
None
Posted:
April 23, 2018