The Law of Transformative Embrace: What We Receive From Those Who Have Nothing to Give But Their Story

Takeaways from a powerful interaction with an unexpected individual.
R. York Moore 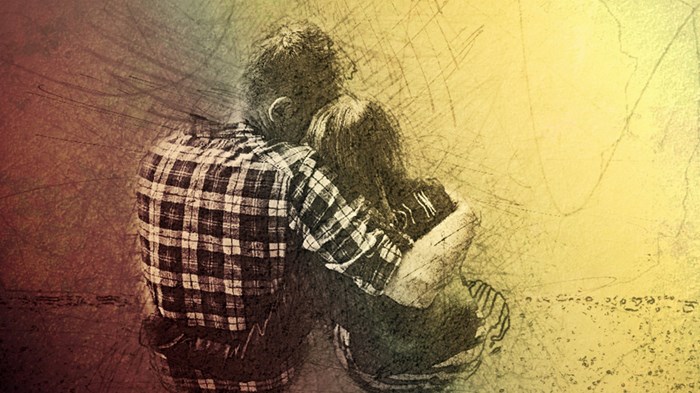 In 1874, Harry Houdini was born as Erich Weiss. Houdini was an aviator, a film star, and a profound marketing genius, but ultimately he was an expert on the human psyche, able to manipulate people’s perceptions and their experience of reality for the purposes of entertainment.

Houdini was the son of an Hungarian Rabbi who settled his family in Appleton, WI. I recently spoke at an event near Appleton and between my messages I wandered down to a beautiful urban park named after the famed Harry Houdini. Houdini Park is a street corner park set amidst historic buildings and churches. There, you will find a wall inscribed with one of Houdini’s most memorable quotes: “What the eyes see and the ears hear, the mind believes.” This statement summed up his understanding of misdirection, and with this singular principle, he could manipulate people’s perceptions and shape their experiences.

This black slab wall with this thought-provoking quote was a sad backdrop, however, for my encounter with a homeless man named Lance. As I sunk into a low high-back porch chair amidst lush green grass and gorgeous trees, I noticed the park’s activities. There were energetic youth skateboarding and playing lawn games. There were couples holding hands and families eating ice cream and taking pictures.

By everything I saw with my eyes and heard with my ears, it was a gorgeous summer night.

In the center of the park, however, was a very stereotypical homeless man yelling into the air, waving at imaginary people, and glaring at anyone who would make eye contact. Now, I know that we are supposed to look past such people and pretend we don’t hear them—to see only what we choose to see—the trees, the couples, and the young people having fun.

Within a few minutes, this man spotted me, walked across the park, and pulled up a high back chair of his own, sitting within six inches of me. Lance began to rant, repeating strange phrases and profanities that expressed deep anger and sadness. Instead of moving, I chose to listen and engaged him with my eyes. I never looked away as he began to slow down and articulate his despair with a greater intentionality.

That day, Lance told me horrible things, but I believe everything he told me was the truth. He told me that the young, energetic skateboarders frequently harassed him, demanding that he yell the N-word on their behalf to the African-American park patrons. Lance told me the young people playing lawn games had hand guns and occasionally threatened to shoot him if he didn’t leave Houdini Park.

He told me the families and couples took pictures of the buildings, but avoided him and avoided getting him in their pictures. Who could blame them? Lance had recent head trauma and stitches on his face. Dried blood covered his eye socket like a morbid tattoo. His fingers were burnt from drug pipe use and he had the stench of BO and alcohol on him.

But as we sat opposite one another in those high back chairs, in contrasting life situations, there was a deep connection—I saw him and he saw me. That day, I chose to believe something I didn’t see with my eyes and didn’t hear with my ears.

There are a million Lance’s on our urban streets and it is easy to consider them as dispensable, disposable, and invisible. When we allow Lance to mix in with the background, to become a park accessory like a high-back chair or monument, we ignore the reality of a man made in the image of God, a precious yet broken creation of the living God.

Houdini’s quote is great when you are talking about magic for entertainment purposes, but our humanity requires us to actually act in the opposite direction. We need to often choose to believe what our eyes and ears do not. We need to make a choice to see and hear what our minds believe and resist believing merely what is before us.

After listening in silence for about 15 minutes, I leaned in toward Lance, introduced myself, and grabbed his hand. I said, “Lance, I’m very sorry for the things you’ve experienced here, but I want you to know one thing about me and that is that I see you. I see you, Lance.”

At this, this cursing, smelly, drug-addicted military vet began to weep. He grabbed my pant leg tightly with one hand and my shoe with the other and asked repeatedly, “You see me? You really see me, man? No one sees me. Are you sure you see me?”

We talked at length for another 45 minutes or so. I heard about his drug and alcohol journey, which began at the age of 11. I heard about his military service and the tours he’d been on. I heard about his friends and the abandonment he experienced from his family. There may be a million guys like Lance on our streets, but there is only one Lance of Houdini Park, Appleton, WI.

Why do we refrain from embracing people like Lance? Why do we avoid being embraced by them? We do this so that our mind can believe we don’t have an obligation to welcome them and include them in the story of our lives.

What if it doesn’t? Would Lance still have value? Would his life still matter?

Transformative embrace is powerful because it changes us, not just ‘them.’

The real power of my encounter with Lance in Houdini Park wasn’t that I made a homeless man cry, but rather that we saw and heard each other that day. We touched each other’s lives in a way that was memorable and positive. I was impacted by him and he by me.

At the end of our time together, I asked if I could pray for him, but Lance immediately yelled, “No! I’m going to pray for you!” He prayed a prayer of blessing for me and that impacted my story deeply. Lance’s embrace of me that day was powerful because he had nothing else. Because of his status in life, choosing to embrace me meant more than the embrace of someone in a place of power, of health and wealth, of privilege.

Embrace is all Lance could give me, and he gave it in such a way that was beautiful, powerful, and transformative. In choosing to see, I was seen; in choosing to hear, I was heard.

R. York Moore serves as National Evangelist for InterVarsity USA. He is the author of Do Something Beautiful: The Story of Everything and a Guide to Your Place in It, (Moody Press, Summer ’18), Growing Your Faith by Giving it Away, and Making All Things New: God’s Dream for Global Justice, (IVP). As the National Director for Catalytic Partnerships with InterVarsity, York is a convener of leaders for evangelism and missions in America. In this capacity, York has helped to start the ‘Every Campus’ initiative, a national multi-organizational coalition focused on planting gospel movements on every campus in America. R. York Moore came to faith in Christ as an Atheist while studying philosophy at the University of Michigan. He lives in Detroit, MI with his wife and three kids. For more information about R. York Moore, visit www.tellthestory.net and follow him on social media channels @yorkmoore.

The Law of Transformative Embrace: What We Receive From Those Who Have Nothing to Give But Their Story

The Law of Transformative Embrace: What We Receive ...