Lausanne
Lausanne North America (L-NA) is committed to extending the influence and passion of Lausanne Movement by connecting influencers and ideas on mission and evangelism for Christ and His Kingdom. Read more from this column.
August 24, 2018Lausanne

One-on-One with João Mordomo on Brazil, the Gospel, and Business as Mission

“It is not uncommon to find Brazilian missionaries in far-flung places, including among unreached people groups.”
Ed Stetzer 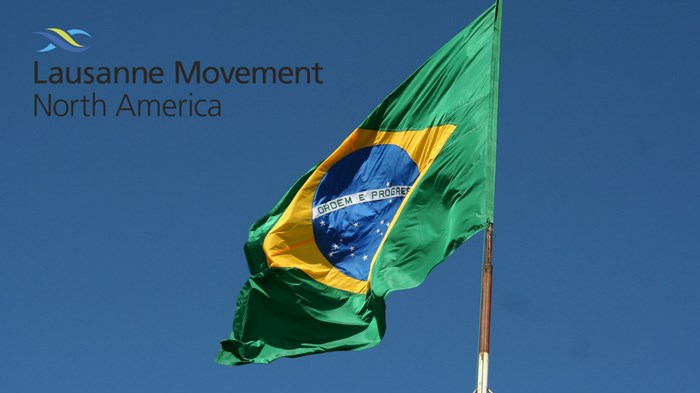 Image: via Creative Commons
Last week, we launched a new column called The Lausanne Link. It was less than a year ago that I took on the role of Regional Director for North America for Lausanne International. We will of course be sharing what’s going on with Lausanne North America (check out our website to stay up to date on that as well), but the more I have gotten to know many connected with Lausanne International, the more I’ve appreciate the great history and continued gospel passion the network possesses. So we are launching a new column where you will meet some of the key Lausanne players and hear what God is up to globally.

Today, I’m glad to welcome João Mordomo, Co-Founder and Sr. Vice President of Crossover (CCI) Global, to The Exchange. He also serves as Catalyst (Senior Associate) for Business as Mission for the Lausanne Movement and Co-Chair of BAM Global.

Ed: How long have you been involved in Lausanne International and what is your current role?

João: In 2003, Mats Tunehag invited me to participate in the brand new “Business as Mission” issue group leading up to the 2004 Lausanne Forum in Thailand. One of the main outcomes of that process and Forum was the Lausanne Occasional Paper on Business as Mission.

The issue network itself began to gain significant traction after the Forum, and Mats served as the Senior Associate (now called Catalyst) for BAM for many years. In 2011, Mats invited me to join the leadership and planning team for a global BAM Congress in 2013, also in Thailand. The damage was done (i.e. BAM had me whether it wanted me or not!) and I was invited by Lausanne to join Mats as a co-Catalyst, a role I assumed officially in 2016. Jo Plummer had been instrumental in the growing BAM movement since the early 2000s and also joined as co-Catalyst in 2016. She and I continue in these roles today.

Ed: Tell me about your current roll and what you do.

João: As a co-catalyst for BAM, I have the great joy and privilege of providing service and leadership to a growing global BAM movement that gathers, encourages, and trains BAM practitioners through thematic, regional, and global events.

Additionally, we seek to discover BAM best practices through research and reporting, as well as develop and share new resources. We now have nearly 30 reports on themes related to BAM (e.g. “BAM Incubation,” “BAM In and From China,” “BAM and Mission Agencies,” etc.) and wealth creation for holistic transformation (e.g., “Wealth Creation and the Poor,” “Wealth Creation and the Stewardship of Creation,” “Wealth Creation: Biblical Views and Perspectives,” etc.). They all can be accessed free of charge at www.bamglobal.org.

Ed: Tell me about the gospel and the church in your part of the world.

João: Like most catalysts, I am based in one location, but often find myself not there! I live in the south of Brazil in a beautiful, temperate region, with my amazing wife and two kids, so I only leave when I have to. That means I get to hang around enough to observe what’s happening with respect to the church and gospel in Brazil and, in all honestly, it’s a mixed bag.

In 1970, less than 5% of Brazilians were evangelicals. Today, according to the Brazilian census bureau (IBGE), it’s around 25%. Admittedly, their definition of “evangelical" includes marginal groups, but the figure still represents phenomenal church growth over recent decades. This quick growth of traditional denominations and, even more so, of Pentecostal and neo-Pentecostal groups has come at a price. The church has grown wide, but, in most cases, not deep.

A weak theological foundation has left many evangelicals susceptible to prosperity theology. In fact, many traditional churches flirt with prosperity theology as well. I suppose this isn’t surprising in light of the challenges related to poverty and inequality, and the economic and political uncertainties Brazil seems to face perpetually.

There is good news. One of the most positive elements of this rapid growth was a corresponding rapid growth in the training and sending of missionaries to groups both within Brazil and across the world. The number of unreached tribal groups in Brazil, for example, has dropped rapidly in recent years (from about 200 to “only" about 120), largely due to the Brazilian church’s active and growing engagement.

“Ciganos” are another example within Brazil. I have the privilege of leading a mission agency which has been instrumental in reaching Gypsies (Roma) in Brazil, a group which just a few years ago was only about 1% evangelical, but through evangelistic and church planting ministries, Bible translation, the Jesus Film and more, “Ciganos” are coming to Christ.

Brazilian evangelicals are also going “to the nations” in numbers that, while not large when compared to the size of the evangelical church in Brazil, are nonetheless not insignificant. It is not uncommon to find Brazilian missionaries in far-flung places, including among unreached people groups.

It’s also increasingly common to find them working as tentmakers as well as developing and utilizing BAM businesses to bring about spiritual, social, economic and environmental transformation where they work and minister.

Today, Brazilian evangelical church growth is slowing and, thankfully, a growing number within the church are becoming more thoughtful in terms of biblical theology and cultural engagement. There’s a small but growing effort in some churches and organizations for gospel engagement of the various spheres of society.

A great example of this is related to the four-year-old Lava Jato (“Car Wash”) campaign.Lava Jato is an extensive and ongoing criminal investigation (spear-headed by the Federal Police) into corruption in the public and private sectors in Brazil. Some of the key figures are committed Christians (evangelicals and some Catholics) who are very forthright about their faith.

While much of Lava Jato, at least at this point, deals with symptoms, several movements have been started by evangelicals that directly relate to the palpable need to bring deep-level transformation to Brazilian culture, and at least one of them has received national-level (and positive!) attention.

Ed: What advice would you give to Christian leaders in how to lead well in the complexities of today’s world?

João: To these Brazilian evangelical leaders, as well as to others around the globe, my advice for leading well in the complexities of today’s world is fairly straightforward: Don’t get distracted by leadership techniques and success, and don’t get discouraged by the sinfulness of humanity.

If you are motivated by pride (your own desire to be successful), or if you are motivated to “save the world,” you are bound to experience frustration and failure. People are sinful, and that includes you. You’ll end up wanting to throw in the towel, and might actually do so.

My best advice is to urge you to be doxologically motivated. Throughout Scripture and redemptive history, it can be seen over and over again that the only thing truly worthy and capable of sustaining us as leaders is a majestic vision of a glorious Creator, Savior, Redeemer, and Restorer… a vision of his sublime and supreme message of salvation… a vision of Jesus Christ being known and worshipped in all areas of our lives, in all segments of society, and among all peoples of the world.

One-on-One with João Mordomo on Brazil, the Gospel, and Business as Mission

One-on-One with João Mordomo on Brazil, the ...