Despite the many severe challenges Christians face, the church is growing in India.
Ed Stetzer 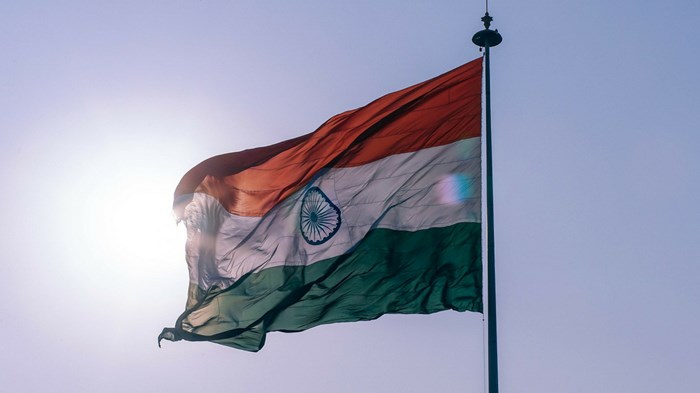 Image: via Creative Commons
Recently, nearly 2,000 bishops and church leaders from 50 countries gathered in Jerusalem for the Global Anglican Future Conference (GAFCON). The theme of the conference was “Proclaiming Christ Faithfully to the Nations.” Below, I talk with Joseph D’Souza, Archbishop of the Good Shepherd Church of India-Anglican, about how to contextualize the gospel in one of the most religiously and ethnically diverse nations on earth.

Ed: What are some of the challenges Christians are currently facing in India?

Archbishop D’Souza: Since the time of the apostles, Christians have faced persecution and social and political oppression because of their faith. In India, things are not unlike the early days of the church.

In the past few years, persecution against Christians in India has increased severely. In 2017, Open Doors ranked India as the 15th nation most dangerous to be a Christian. This year, India jumped to number 11 on the list.

Most of this persecution is happening at the hands of radicalized religious groups and nationalist extremists. These groups believe India should become a Hindu state, and label Christians and Muslims alike as anti-national. Even Hindus who do not subscribe to this ideology are attacked and accused of being against India’s national interest. The Dalits (or “untouchables”) and tribals, many who are Christians, are also facing severe violence. Violent mobs have rounded up innocent Dalits and Muslims and publicly beaten and executed them on the rumor that they have harmed a sacred cow.

In the swirl of these growing tensions, Christians must battle the false narrative that Christianity is a foreign religion imported from the West bent on converting people through force or fraudulent means. This misunderstanding might stem from lingering resentment from the time of the British Raj. Unfortunately, missiological language used by Western churches, such as “targeting unreached people groups,” has reaffirmed the belief — however false — that Christians use charity and humanitarian aid to convert people.

Several Indian states have anti-conversion laws which are weaponized against Christians and religious minorities. In some states, local officials have stripped poor indigenous Indians who have become Christians from constitutionally-guaranteed social benefits set aside for the financial and educational advancement of their communities.

The challenges Christians face in India are complex, and we need much prayer and wisdom to address these issues.

Ed: How have you contextualized Christianity so it’s not perceived as a Western religion?

Archbishop D’Souza: As a church movement, we thought it vital to find the linkage to our ancient church from the pre-Constantine era, rather than to modern independent churches from the West. We must remember the church did not start with the Reformation. Christianity arrived in India more than 1,500 years before it reached the United States.

In fact, the Indian church traces its history to the Apostle Thomas, who brought the gospel to South India in the first century. Christianity is as native to India as Hinduism or any other religion.

Additionally, as we studied India’s religious context, we realized we had to offer evangelical equivalents to what Indians are familiar with. All Indian religions have temples, hierarchy, culture, and a religious structure which the local community coalesces around.

In a community-based culture, the independent church model — although successful in other contexts — runs into problems. It’s not built for generational continuity and does not offer adequate spiritual alternative structures that are greater than models built on individualism or a megastar.

We found that an evangelical-Anglican structure that traces its roots to the early Church Fathers and emphasizes the creeds, the primacy and public reading of Scripture and the liturgy, prayer books and holy communion fits well within India’s religiously pluralistic society.

I’ve often said that Indian society — which has all the major religions of Asia: Hinduism, Buddhism, Islam, Jainism, Sikhism and Christianity — resembles the pre-Constantine era and so should the church.

Ed: How do you maintain the integrity of the gospel?

Archbishop D’Souza: The central figure in the early church was not a music band or a human personality but Jesus, our Savior and Lord. So, we decided every element of our services should point to him.

We adopted the Anglican model for our church movement. Our churches follow a lectionary for the public reading of Scripture, while each congregation determines its style of worship. This practice keeps us grounded in Scripture and on the Jesus of the Bible.

Every pastor and bishop is required to speak from one of the texts in the lectionary instead of focusing on topical sermons. Finally, we have Communion at every service, which again points us to the person of Christ. No matter what Good Shepherd church you go to in India, in every service you will know the presence of the Spirit in worship and Christ seen in the Scriptures and through the Communion service.

The rapid growth of our movement also brought the daunting task of discipling both literate and non-literate members across many languages. To prevent the rise of syncretism and heresy such as the prosperity doctrine, we adopted liturgies consistent to all our churches and began developing a common catechism for new followers.

Considering that many evangelicals are facing cultural pressure to water down the historic Christian faith, we decided to circumscribe ourselves to the ancient confessions of the faith and the inspiration of Scripture. We wanted to be in tune with the consensus of God’s people, and not compromise on the uniqueness of Christ.

Ed: How does the gospel speak into Indian life and culture?

For millennia, they have been ostracized and consigned to clean sewers and dispose of animal carcasses. The plight of the Dalit is the single greatest civil rights challenge of our time; perhaps of all time.

Not everyone in India practices untouchability, but the effects of the caste system are undeniable as it has resulted in massive impoverishment, educational backwardness, limited access to health care, increased vulnerability to sexual exploitation and perpetual social stigma. This discrimination also extends into the spiritual realm as members of lower castes do not have equal religious rights.

As we prayed for wisdom on how to address these injustices, we discovered that the very structures and traditions of our church could speak into the reality of these marginalized peoples.

For example, in the pre-Constantine era slaves — the lowest in society — became bishops. This historical reality was incredibly relevant to us. The Dalits, the outcastes and the marginalized have been denied the right to worship, to teach holy texts and to become priests. Recently, 24 Dalit families were forced to leave their village because they visited a temple. One of the radical teachings of Jesus was that priesthood is open to all believers. We could not deny this right to our people after proper training.

We also believe that Jesus came to save the whole person — mind, body and soul. And we see it as our calling to protect the vulnerable, empower the powerless and seek justice for the oppressed. We want to participate in God’s plan to put all things right in creation, which began with Jesus’ resurrection and will be completed with his return.

Our church has economic development, educational, health care, advocacy and anti-trafficking ministries. We work with local governments to help women who have been exploited by sex traffickers gain access to medical care and learn a trade to sustain themselves.

Our English medium schools have graduated more than 2,300 students, the majority from impoverished communities who would otherwise not have access to a quality education. While some people may call it social justice, we see it as gospel work. We show the love of Christ unconditionally and without any ulterior agenda to convert people.

Ed: What is the future of the church in India?

Archbishop D’Souza: Despite the many severe challenges Christians face, the church is growing in India. The Holy Spirit is moving, bringing people from the entire social spectrum — from the rich to the poor, the powerful to the outcastes — to Jesus.

However, we avoid Christian triumphalism and do not subscribe to the notion of a Christian nation. We believe Jesus knew his followers would not be a majority but a significant minority who could transform culture through their testimony as salt and light and be a blessing to the world.

I pray the church in the West recognizes this is the time of the global church. Christians in the global south are picking up the baton to carry the whole gospel to a hurting world. As we pray for our persecuted brothers and sisters, let’s also pray they may have the strength and boldness to be prepared to give an answer for our faith.