Planting Pastors in the New America: A Case for Civic Advocacy Training 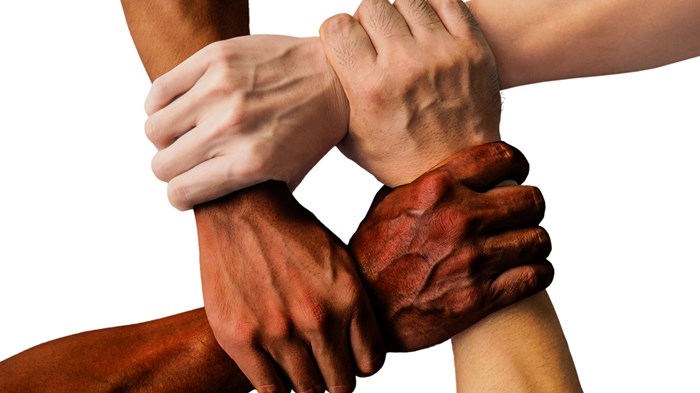 I was at the National Latino Evangelical Association a few weeks ago. After I spoke, I was on a panel with several Latino leaders. One of them was Dr. Elizabeth Rios. She is writing her dissertation (for her second doctorate!) on involving church planters in training for engaging in civic advocacy. I asked her to share some of what she learned with you!

If you’ve been anywhere near the pulse of the evangelical church in America in the last few years, you know that there has been a push to plant more churches. You may also be aware that there are organizations and networks that have been started to discover, develop, and deploy church planters, increasingly in cities and urban centers.

Increasing urbanization and multiethnic diversity have made planting churches in major cities a pressing necessity. Subsequently, we’ve seen an increase in church planter conferences, seminars, and trainings that address, at some level, the many skills planters need to be successful, especially those seeking to plant in urban areas.

So What’s the Problem?

The problem is that we are not necessarily in rural Kansas anymore.

Planting a church and pastoring in urban centers have changed because America has changed. In today’s urban ministry climate, people are not content to settle for “lip service” anymore. Too many times, they exhibit no real evidence of genuine concern for sustainable change in the community.

The reality is that we are living in a time when a church’s work and presence outside the walls matter to people just as much as the worship services. And let me be clear: I’m talking about more than a backpack drive or the monthly soup kitchen outreach. While these things are good, they just won’t lead to a church that is truly engaged with its community, making a lasting difference in both the lives and souls of its people.

While most pastors start churches to bring the gospel to others—and some even want to provide services to improve a community’s social conditions—without a strategic and holistic plan for civic engagement, their real long-term impact is limited. A recent study reveals that providing short-term relief of immediate needs without also pursuing long-term strategies to improve social conditions through political participation can limit a congregation’s ability to “effectively and comprehensively address social needs.”[1]

Pastors like to pray, as they should. Yet many times, at best, a commitment to pray is only a Band-Aid on issues that need to be addressed at the systemic level.

The New Strategy and Skill for Making a Long-term Difference

To make a long-term difference in the community where you plant, you need a new strategy. And you will also need a new skill: Civic advocacy.

Keith Warrington, Director of Postgraduate Studies and Senior Lecturer in New Testament at Regents Theological College, noted that typically people from minority groups are the first ones to express this awareness, because they have experienced this truth personally. They realize that as believers, they should be engaged with what’s happening in the world around them. And their thinking and theology are changing to what Warrington calls a “more robust determination on the part of some to effect change by other means than only prayer.”[2]

Thus, pastoring with the mindset of making a long-term difference now involves prayer and,to the dismay of some, civic engagement on a local, state, and maybe even national level.

Remember the recent backlash following the pastoral brigade of black and brown pastors who visited the White House? The response that many of these leaders received had nothing to do with the fact that they met with the president. There is biblical precedence for meeting with high-ranking leaders.

The criticism stemmed from the perceived negligence. Their communities expected them to advocate on their behalf, question policies, challenge disturbing rhetoric, and ask about the real plans for prison reform.

Although the minutes of the meeting did show how the president himself stated, “Throughout our history, America’s churches and religious leaders have called for change,” what transpired there didn’t reflect an advocacy “that was calling for change”; instead, those who spoke only showcased praise for the president and their pleasure for being “invited to the table” as evidenced by some the minutes and by some of the invitees’ social media commentary after the fact.

The backlash was just a microcosm of the much bigger reality of expectation for pastors by many in communities of color.

When church leaders advocate for the people they serve, they are walking in a practice-based Christianity, not simply a belief-based one. Advocacy is the epitome of “walking your talk,” and today’s diverse community of believers are holding their pastors to it. Better yet, when pastors stand for the voiceless in the halls of power, they resemble the life, ministry, and heart of Jesus.

In an increasingly urban, complex, and multiracial society, pastors who are really committed to making a long-term difference and being viewed as a credible witness in their communities can no longer be silent and do “business as usual.”

More and more people are expecting their pastors to care for their community—for the well-being of people’s spirit, body, mind, and relationships.

Too often, that well-being is at the mercy of systems and policies.

So What Now? A Case for Civic Advocacy Training

For decades, evangelicals have been involved in matters that went outside the church walls. They advocated for those to whom they were called to minister. The issue has been that evangelicals have had no unifying consensus for what this ministry looks like.

In an America that has changed, perhaps it is time to add theological discourse and training on civic advocacy to church planter training programs. Leaders who want to plant a church in urban communities should come with an awareness of this much-needed tool, because the people who will be part of this new church will be looking for orthopraxy, not just orthodoxy.

The bottom line is that planters who don’t have the yearning to contemplate the world of the oppressed and the hope of understanding the underpinnings that led to that oppression have no business planting in our communities.

At Plant4Harvest, we are intentionally including civic advocacy training for all of the planters who go through our program beginning January 2019.

God is calling the church to faith-rooted organizing and advocacy. Hispanic pastors hear the call; one of the pastors in Alexia Slavatierra's faith-rooted advocacy training program said, “We have empathy with those who are suffering from injustice; we just lack capacity.”

As more planter-training programs follow suit, I believe we will all be able to continue to push confidently for new church births, knowing that, when necessary, planters are both impassioned and equipped to “speak to the powers.” In this new America, this skill will help catalyze long-term change in urban communities. Change that, ultimately, will lead to churches that look much more like Jesus.

Dr. Elizabeth D. Rios serves as Vice President of Plant4Harvest, a church-planting training association seeking to develop healthy multi-ethnic leaders and planters. This article is based on her doctoral ministry project.

Planting Pastors in the New America: A Case for Civic Advocacy Training

Planting Pastors in the New America: A Case for ...