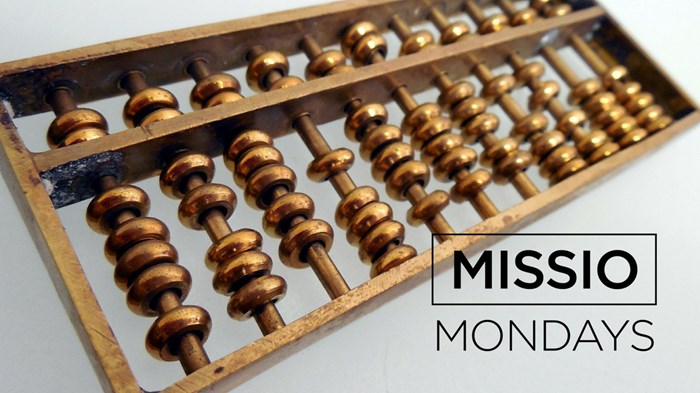 The regrettable shortage of multiplying churches can be explained, at least in part, by the lingering implications of the wholesale adoption of business principles and pragmatic schemes that distinguished the church growth era. Today, we awaken to a church growth hangover that colors our thoughts on what we should do next.

While it’s easy to critique the outcomes of the Church Growth Movement, one need not diminish the hopeful aspirations of many of its courageous architects.

Driven by a zeal for Jesus and propelled by a deep evangelistic fervor, men and women sought to leverage their cultural ingenuity to create churches that appealed to the masses and made it possible for many to hear the good news of Jesus Christ. As with any culture-driven ecclesiology, the upcoming implications of these ideas were hard to predict, though we are now better able to appreciate the challenges that were created.

The Challenge of Faltering Methods

The reality is that many of the methods used during the church growth era are no longer producing the same results. As once responsive geographies become less susceptible to the skillful merchandizing toward Christian memory, we find our tools feeble, ineffective, and dull.

And when our tried-and-true methods stop producing, many are propelled toward greater pragmatism—thinking that a procedural change is all that’s needed to get the old machine revving again. A sacred silver-toned bullet.

Change is difficult, particularly among churches that have internalized corporate pragmatism to such a degree that their foundations are the unspoken and unquestioned basis for most metrics of success. Pragmatism tends to skip the messy grind of disciple-making for a more untroublesome operation of producing busy churchmen. We get bigger results with less spiritual energy expended.

But churches powered singularly by a church growth operating system seem to find it impossible to foster effective disciple-making environments merely by programming in a new app into their cultural offerings. The problem is bigger than better programs can fix.

The Challenge of Future Leadership

The prodigious advance of super-churches is the natural fruit of church growth principles exceptionally executed. Throughout history, there has often been a handful of large churches, but our day is the first in which the megachurch casts such a large shadow over our ecclesiastical landscape.

By virtue of girth, large churches demand a high level of complexity merely to operate and require a massive expenditure of energy and resources in order to expand. Often, the complexity of its systems hinders its ability to multiply and instead co-opts a disciple-making mission into a volunteer placement agency. Hundreds of mini-roles scheduled and staffed in order to deliver on the values of extraordinary excellence.

It becomes very expensive addition. But perhaps its highest price cannot be calculated in simple monetary terms, but in the effect that the “extraordinary excellence” has had on the church’s ability to produce multiplying disciples. Addition cannot easily be upgraded to multiplication because of the level of leader required to run the machinery.

Addition cannot easily be upgraded to multiplication because of the level of leader required to run the machinery.

If church planting hits the radar at all, it is most often either an outsourced task from a distant planter planting in a distant land, or, is an itchy staff member craving to exercise something in his call to ministry.

The school of church growth offers nothing to the church desiring to discover, develop, and deploy church planting teams from within.

The Challenge of Internal Focus

And then church growth fosters a certain inward inertia. Multiple services and campuses, staff, facilities, and ministries, while often helpful, require constant attention or they will atrophy and expire. Those churches that are not yet mega are not immune to this pull, since many are often vying for the same thin slice of market share—the religiously predisposed. To attract that fickle customer, a well-oiled machine becomes compulsory.

So, churches are forced to focus on training volunteer armies, often at the expense of any disciple-making strategies, bringing the church further from her commission. While not always the case, it’s common to hear of churches once birthed out of evangelistic zeal stagnate into mere Sunday morning machinery; the margin needed to consider, much less implement, a strategy for winsome engagement with a radically secularized culture is difficult to find when busy competing for an easier market share.

And as a veteran pastor of a large church admitted to me, the energy required to make a megachurch marginally better is overwhelming, leaving little room for such luxuries as multiplication.

The Challenge of Homogeneity

By 2050, North America will no longer have a majority race. The diversity found in urbanization foreshadows the coming reality to the majority of North America; heterogeneity will be the norm.

The diversity found in urbanization foreshadows the coming reality to the majority of North America; heterogeneity will be the norm.

This reality stands in stark contrast to the homogeneity on which the church growth movement in general, and the programmatic structure of a majority of churches in particular, are built.

Destination churches of homogeneous crowds will need to be replaced with scores of neighborhood congregations that reflect the granular diversity of their communities. With this indigenous intelligence comes disciple-making strategies that can reach beyond attracting the evangelically inclined to winsomely presenting good news to a majority culture who carry no Christian memory.

The challenges are clear, and the days ahead will either be embraced as a crisis or an opportunity. A crisis looms for those who choose to ignore the facts and double-down on strategies largely designed to attract market share at the expense of making disciples.

A crisis looms for those who choose to ignore the facts and double-down on strategies largely designed to attract market share at the expense of making disciples.

Like today, there will still be winners and losers at this game—the winners will simply be rarer. The losers will come in two forms: (1) Disheartened churches who failed to compete and (2) communities that had no gospel witness.

Which brings us to the opportunity.

Jeff Christopherson is an author and Chief Missiologist and Vice Presidentof the Send Network. He also serves as Co-Executive Director of the Send Institute, a partnership of the Billy Graham Centerat WheatonCollege and the North American Mission Board.