Social media is a place where we should first seek to be light and salt to a world that needs Jesus.
Ed Stetzer 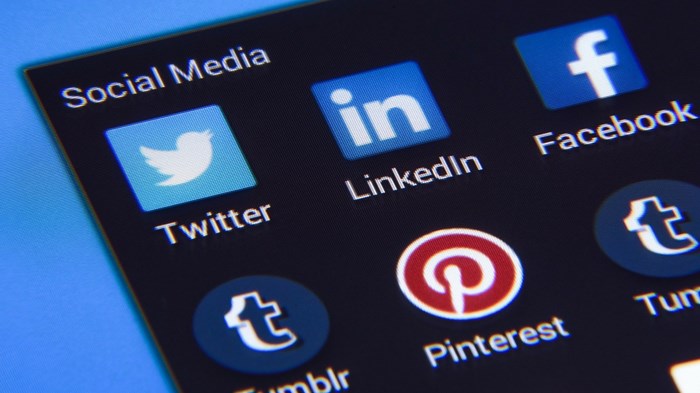 I don’t block a lot of people on Twitter.

But sometimes I do, and people ask me why.

First, I found Jonathan Merritt’s article on how he mutes some and not others to be helpful. Merritt explains,

“The biggest reason not to block is that it often makes matters worse by adding fuel to the fire. It gives the critic a reason to keep attacking you. They’ll tell all who will listen that you simply can’t take criticism, and you’ll end up looking like a petty child with your index fingers showed into your ear canal. And they will use it to perpetuate their own narrative of victimhood.”

Merritt hits a crucial point here: Some people see blocking as a vindication; that they bested you and as a result you fled the field of battle. While I have a combative instinct to not give in, we need to realize that these trolls will claim victory no matter what we do.

More importantly, I am hesitant to block because I remain committed to good and healthy dialogue. I have never blocked someone because he or she has disagreed with me. On the contrary, I find that on rare occasions my thinking can be sharpened and my blind spots uncovered by thoughtful responses from other viewpoints. This is one of the benefits of the medium and that continues to draw me back into conversation despite its flaws.

Social media is a place where, first, we seek to be light and salt to a world that needs Jesus, and second, where we are to allow others to share their own considerations as we ourselves speak into various events and conversations.

So, why do I block people?

To be honest, I actually don’t generally reply to that question on Twitter, because then the conversation becomes, “Well, prove that I did this or that…” So perhaps a general discussion about this could be helpful.

I should preface this: Nobody has the right to not get blocked. You have no legal right to follow someone on Twitter and likewise you are not violating anyone’s First Amendment rights in blocking them. And, the world does not end if you decide to block someone. More importantly, blocking on social media can actually be beneficial for your spiritual health.

With this in mind, let me share a few reasons why I block people on social media.

Making a snarky comment because you can, especially when you do it time and time again, will get you no friends. In fact, it’ll get you unfriended more times than you can count. You will become “that person” making people cringe. The Bible calls us to consider our ways and to be deliberative in what we say and do. Some may refer to this as “having a filter” or “thinking before you speak.” Yes, both. Do both, please.

Trolls pretty much always get blocked, and I can decide who is a troll on my social media timeline—just as you can do on yours.

If you can’t put your name on what you say, you shouldn’t say it. This is called having integrity. (Of course, there are exceptions for some reasons such as safety, etc.), so I don’t just block every anonymous account, but I do block anons who want to argue.

I’m sure people want to be anonymous for a reason. Every time I hire someone, I look at all of his or her social media to see what kind of person he or she is in public. There have been times when the person has seemed ideal in person, but his or her social media reflected something else. But sometimes, people will create fake accounts in order to be someone they aren’t and vent about specific issues. If I can’t see who someone is when they disagree with me, then I can’t take them seriously.

Third, you are just trying to tag on to my tweet because no one is listening to you.

I’ve seen many on Twitter who just want to get into the conversation thread, and I get it: It’s a way to get your point across. I don’t generally block people who do this unless they do it over and over, are doing it as a troll, or are doing it to attack people on the thread.

Attack me, I’m fine with that. But going after others will get you blocked.

So instead of just tagging into my Twitter feed as a troll, try giving your own thoughts a chance. You may be surprised that people like what you have to say.

It’s like watching a slow-motion train wreck of outrage.

So, I just block people who do that. They don’t want dialogue—they just want to make their point by misrepresenting mine.

While each of us brings our own perspective to the discussion, presenting a distorted caricature of mine as a means of justifying your own is never a fruitful means of engaging. I have been an outspoken advocate on the Christians needing to lead on immigration, racial reconciliation, abortion, etc. yet one tweet critical of these issues provokes a flood of angry responses. If you don’t know someone’s history or the context of their ministry, it is best to take some time to familiarize yourself before calling them a heretic or a racist. As with biblical exegesis so with social media: Knowing the context will go a long way.

Fifth, you use profanity.

Profanity is stupid. Don’t waste my time with profane tweets.

And if you start using racial slurs on my social feeds, you will also be blocked immediately. As Christians, we should have no tolerance for other Christians who do not treat all as being made in the image of God.

No bullying. Never. If you have a problem with others, take the biblical step and talk to them one-on-one.

You may disagree about some of my principles of blocking. That’s okay. It’s my feed, and that’s why I have the block button on my side of the social media dashboard.

The Need for Discernment

My point in offering these six kinds of activity that should result in blocking is to help Christians develop a framework for healthy social media engagement. When I started in ministry, social media was not even an idea; a testament to the truth that the world is changing faster than ever. There is awesome potential in social media, particularly for Christians. As I noted above, it opens up the opportunity to engage different perspectives and can keep us connected to friends separated by distance. Yet we need to be discerning in the habits we develop and the ways we engage others. Not only are we representing Christ online just as we are in person, but we can also hurt ourselves through an uncritical approach to social media.

Sometimes blocking is the right answer. I’ve given you six reasons why I block, and if you find yourself blocked by me, it’s likely due to one of these. If you engage in any of these activities on the platforms of others, I encourage you to stop. I believe the right posture for Christians as we engage others through social media is to create spaces where we can have healthy dialogue, respect each other, and walk in integrity and authenticity.