Beyond Disease Transmission: Evangelical Missions and the Consequences of Colonialism

It matters how the church enters a mission field.
Alex Gunter Parrish 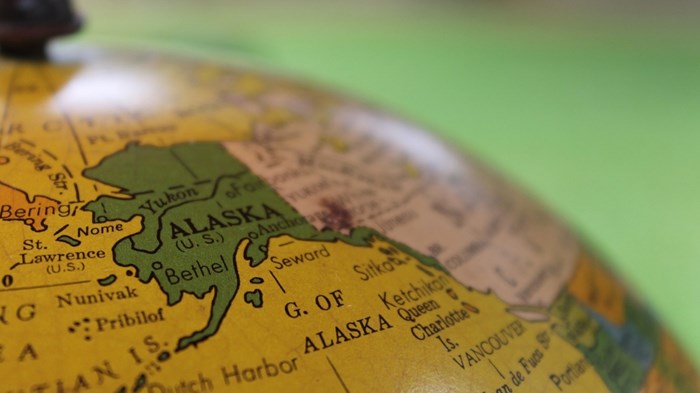 “Three of our children were folded in the arms of the Good Shepherd during the past year. Tuberculosis, the tendency to which was inherited, took each of them. As none of the teachers … or other white people at Unalaska, are so far as we know ever touched by the great white plague, we have come to the conclusion that it is not the climate but the conditions of living that make the disease so prevalent among the natives. Few children in Alaska are well born. Then, the ignorance of the parents, who seem to make it their chief avocation during the long winters to watch lest a whiff of fresh air get into their cabins, and the lack of good food add their contributions to the inherited tendency.”

– Annual Report of the Woman’s Home Missionary Society of the Methodist Episcopal Church, 1909

Since the news of John Chau’s death reached the wider world, both pundits and people on social media have offered commentary on the merits or folly of Mr. Chau’s actions. One of the strongest criticisms has been the possibility of disease transmission. Recently, Ed Stetzer interviewed experts who helpfully contributed information on epidemiology and missions. While essential to research on colonialism and missions, disease transmission is not the only factor in understanding how disease affects mission fields.

As a historian, I research American missions movements, focusing on how American missionaries were influenced by race theories and how these race theories affected missionary education, proclamation, and public health efforts. As an Alaskan, I was drawn to this history in my home state. My research led me to the troubling story of missions and tuberculosis among Alaska Natives.

The quote that opens this article introduces an argument by some missionaries in southwest Alaska in the early twentieth century. They insisted that Alaska Natives had both a biological and cultural predisposition to the disease. In this short article, I want to introduce this history and suggest that evangelicals must consider how problems of disease and imperialism have intertwined in missions. Using Alaska Natives and tuberculosis as a case study, I argue that missionaries in Alaska spread tuberculosis through destructive ideologies as much as they did through personal transmission.

Contrary to what some anti-missions folks may wish to find in the historical record, there was no missionary “patient zero” who introduced tuberculosis to Alaska. The historian and physician Robert Fortuine, in his book Chills and Fever, notes that archaeological remains of pre-contact Alaskans show some physiological markers similar to tuberculosis. However, even if tuberculosis was present prior to outside contact, the widespread devastation of the disease came only after contact with outside colonizers. Evidence shows that tuberculosis drastically affected indigenous populations in both Russian and American outposts.

The reasons for this spread, in addition to contact with infected outsiders, were due to the disruption of indigenous foodways. The Russian and American commodification of Alaska’s forests and animals devastated regions where people survived by hunting and gathering. According to former Alaskan public health worker Penelope S. Easton, many of the food and care providers in indigenous communities quickly died off from tuberculosis and other diseases. These realities introduced widespread poverty and malnutrition, two significant risk factors for the spread of tuberculosis.

It in this season of mass death that many Protestant missionaries entered Alaska. Many missionaries saw the malnourishment, the strange homes, the alcoholism, and the disease, and concluded that Native Alaskans needed the gospel of civilization to save them from complete ruin. As missionaries established orphanages and industrial schools in the late nineteenth and early twentieth centuries, many instituted policies restricting the use of Native languages and the consumption of traditional Native foods.

Since Native culture was deemed unhealthy, many missionaries attempted to replace these cultures with white American Protestantism or remove Native children from their communities. Native ways of knowing and ways of being were considered incompatible with the gospel. Some missionaries who worked in hospitals used their experiences with Native patients as a form of scientific proof that Alaska Natives were inferior.

Protestant missionaries to Alaska cared deeply about the welfare of indigenous Alaskans. The horrors of mass death by tuberculosis frightened the missionaries, and they responded, as people of their time, with wholesale denouncement of Native ways. Within this imperialism we uncover two important forms of colonialism – epistemological (ways of knowing) and ontological (ways of being). Missionaries undermined Native agency in fighting disease by using Christianity to critique Native home life and remove Native children from their communities.

Many Natives learned that they must depend on white people for health care, since their own ways of being were inherently dirty, their ways of thinking inherently sinful, and their own bodies inherently inferior. Missionaries disrupted Native agency in their own health care through epistemological and ontological colonialism, which factored into the spread of tuberculosis. Tuberculosis continues to disproportionately affect Alaska Natives, and the Christianity in Alaska continues to be controversial for all the wrong reasons.

As we consider the criticisms of missions in light of health concerns, we must factor in more than just transmission. While missionaries may be vaccinated against a variety of diseases, there is no inoculation against epistemological and ontological colonialism.

What’s more, epistemological and ontological colonialism have effects beyond just disease. As it relates to Mr. Chau’s actions, the threat was not only to the North Sentinelese. The church in India and missions in surrounding regions may be adversely affected by the actions of an American citizen. Perhaps the lesson to be learned from Alaska is how the church enters a mission field matters. So, we can simultaneously believe that the North Sentinelese need Christ and that their physical health and lives matter here and now.

We must consider the long-term effects of our decisions and take as many steps as possible to not cause more barriers to the gospel.

Alex Gunter Parrish is a Ph.D. student at Garrett-Evangelical Theological Seminary. He is originally from Anchorage, Alaska. This essay is a condensed version of his recent work presented at the American Academy of Religion, “‘Houses of Mercy’: The Health Care Initiatives of the Woman’s Home Missionary Society in Alaska”. He lives in Chicago, Illinois.

Beyond Disease Transmission: Evangelical Missions and the Consequences of Colonialism