The peace on earth and good will to men we so desperately long for are only possible because of that lowly manger scene.
Gabriella Siefert 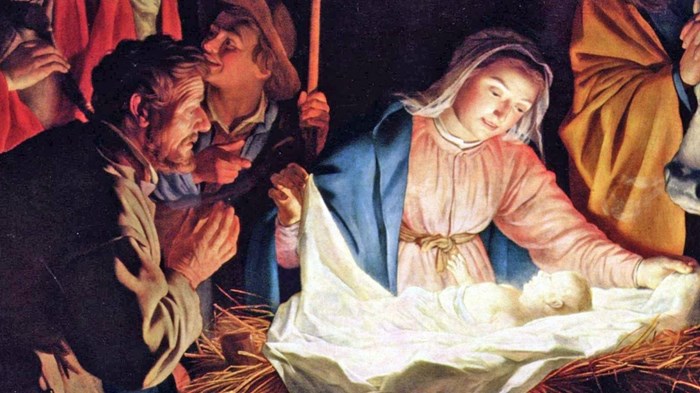 Christmas is the only holiday I can think of that comes with its own soundtrack—a plethora of artists and albums we draw from each year to get into the holiday spirit.

Everyone has their favorite go-to songs this time of year, but many of them really end up spreading the same message of Christmas cheer. Themes of joy, light-spiritedness, and laughter echo all around.

But there’s one song coming to mind that gets at two other important themes for the season: “peace on earth” and “good will to men” as the tune repeats.

The lyrics to the song ‘I Heard the Bells on Christmas Day’ date back to the mid-nineteenth century. They were originally written by Henry Wadsworth Longfellow, a most respected literary critic and poet of his day. We sing them aloud in church, on the street, and through the radio this Christmas season, but as with most pieces of art, there’s a seldom-told story behind this song’s profound message—in this case, a story of pain and tragedy.

Longfellow lived with his family, a wife, Fannie, and six children in Cambridge, Massachusetts. But in the early 1860s, Fannie’s dress caught on fire. Henry tried all he could to save her, sustaining critical burns to his own face as a result, but try as he might to extinguish the fire, she died the next morning.

The first Christmas after her death, Longfellow wrote, “How inexpressibly sad are all holidays,” later describing himself to a friend as “inwardly bleeding to death.”

Have you ever felt that way?

By 1864, the Civil War was in full swing. The country, less than 100 years old, was tearing itself apart from the inside out in the midst of what still to this day remains America’s bloodiest conflict. Men, some of them young boys, would take the battlefield and never again return home.

Thankfully, Longfellow’s son Charles was not one of the 620,000 men to die in the line of duty. In November of 1863, during the battle of the Mine Run Campaign, Charley (as he was called) was shot through the left shoulder, avoiding paralysis by less than an inch.

It was then that Henry, overwhelmed by all that was happening around him, penned the poem ‘The Christmas Bells’ on Christmas day in 1863. The poem appears an attempt to reconcile the suffering, evil, and strife of the world we live in with the song of the angels in Luke 2:14: “Glory to God in the highest heaven and on earth peace to those on whom his favor rests.” The two appeared, to Henry at least, to be at odds with one another.

Have you ever felt that way?

Every Christmas, many of us experience this same tension between the happy, carefree, joy-filled seasonal messaging and the painful realities surrounding us. Sickness, the death of loved ones, job losses, financial difficulties, stress, anxiety, mental health crises, are all a part of life in this broken world.

We look at the manger scene, the little lambs, the shepherds, and hear the angel’s words and, like Henry, many of us also bow our heads in despair with those same words:

People of all contexts and time periods have struggled to answer these same questions. For many, the holidays are not just a reminder of the fullness of our human lives, but their vast emptiness as well. This image of baby Jesus sleeping in a manger one Christmas night thousands of years ago seems out of touch with the many struggles of life in this world.

What about this baby could possibly bring ‘peace on earth’ or ‘good-will to men?’

But I do know that as many times as I may ask if God is good or wonder why his peace seems so far off in my worry-filled world, I find myself being drawn back once more to this baby in a manger—Emmanuel, God with us.

Somehow, God isn’t out of touch with me and my world anymore; as Longfellow writes at the closing of his poem, “God is not dead, nor doth he sleep.” The peace on earth and good will to men we so desperately long for are only possible because of that lowly manger scene—because of the coming of Jesus.