Some know all too well the challenges of loving a child who leaves not just the home, but the faith as well.
Ed Stetzer 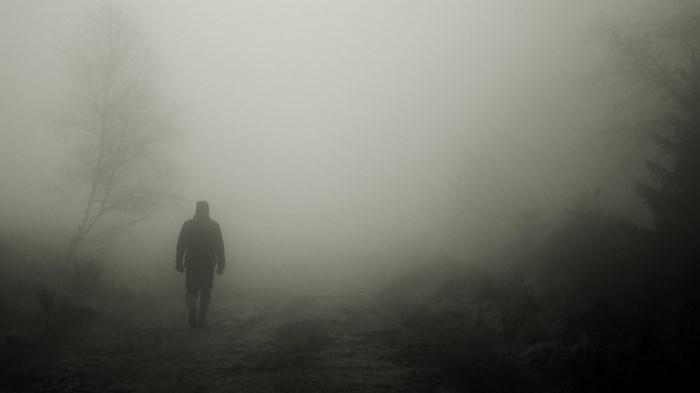 Image: via Pixabay/cocoparisienne
On Saturdays, I host a radio show called “Ed Stetzer Live” on Moody Radio. The program airs live every Saturday at 11 a.m. CST across Moody affiliates. This past Saturday, I spoke with Jim Putman, Senior Pastor of Real Life Ministries, about how to love family members who have walked away from the faith. You can listen to it here. You can also follow the show on twitter at @edstetzerlive. Below I share some my own thoughts on this issue.

Many Bible stories remain unknown and unheard by most people living in a 21st century culture. But others have actually become fixtures in our everyday verbiage and lingo—stories like Jesus’ parable of the prodigal son.

The story has many components and much to unpack for biblical exegetes and theologians alike, but the main point of the plot line is simple: a father has two sons—one of them leaves, squanders his inheritance, and later returns in desperation looking for forgiveness. The father, with joy, embraces his wayward son and celebrates his return. The father’s other son becomes frustrated with the situation, focusing primarily on his own obedience and his brother’s flamboyant sin.

The story, besides offering us a chance to analyze compelling themes related to a father’s love for his son and a brother’s ungracious heart, also serves as a picture of God’s own saving work in each of our lives. We see the father (the God figure) running to greet his son (the prodigal), who, like us, receives forgiveness, despite how undeserving he really is.

It’s a story that points us straight to grace and to the gospel of Jesus Christ.

Some parents out there might read this story and pick up on grace, the gospel, and themes related to God’s love. But many also can’t help but see their own family’s story sitting there between the lines. Some know all too well the challenges of loving a child who leaves not just the home, but the faith as well.

As a part of one of the first research projects I led at LifeWay Research, we conducted a study to look at the number of students who drop out of the church after high school or during their college years.

For many years, people have based their thoughts on this subject on the findings of one particularly famous study that suggested that 86% of evangelical youth drop out of church after high school never to return again.

This study, for the record, is not a real study.

What we found based on the study we conducted at LifeWay Research was that about 70% of young adults who attended church in high school do end up dropping out of the church during their college years. Their participation in high school can be minimal—only a year—to fully qualify as ‘involved’ in church. Many come back.

It’s also important to know that many of these dropouts were unplanned—80% did not initially expect to leave the church during high school. College life brings with it many twists and turns lending itself to brand new levels of busyness and distraction. Young adults find themselves outside of their parents’ home for the first time and often have to start asking the hard questions and making their own decisions about how to spend their time.

For many parents right now watching their kids slowly transition away from the church, it can be all too common to experience feelings of confusion, fear, and a lingering sense of failure. Parents often blame themselves for their child’s poor decision-making long after they leave the home.

But, I will tell you that after having observed 30 years of pastoral ministry, you can do everything right as a Christian parent and your child could still walk away from the faith. You can also do everything wrong in terms of discipline, parenting strategy, and the structuring of a healthy home environment, and your child could wind up sticking with their faith for a lifetime.

There are many components to the cultivation of your son or daughter’s relationship with the Lord that are, quite honestly, hard to control—things like peer influence, mentors in the church, and opportunities for discipleship that also have a hand in shaping their journey.

Since we are coming up on holiday season, many parents will soon find their college-age students once again descending upon the home for Christmas break. Often, it’s hard to know how to respond to the changes—some of them negative—that are seen happening in a prodigal child’s lifestyle choices.

As parents, regardless of these challenges, we should want to emulate Jesus’ love and kindness and model the ways he actively sought out people whose opinions differed from his own.

I think the important question here is this: How can I love my prodigal child this Christmas season and all year round?

When we’re dealing with our children, many of us are used to being the teachers or sources of information in the relationship. But if these are so called ‘prodigal’ children, they’re probably older and maybe even already adults. Instead of telling them how wrong, bad, or mistaken they are for rejecting the faith they grew up with and disengaging from the church, try asking them some questions about the decisions they’re making.

Try to maintain a posture of listening and really attempt to understand where they are coming from. As James instructs us about the Bible, it is still good to apply in your relationships—“Be quick to listen, slow to speak, and slow to anger” (James 1:19). At the end of the day, this model James offers us is helpful even as we learn to engage well with not just our own children, but anyone who disagrees with us.

It’s easy to get wrapped up in some of the false or, at the very least, completely overblown stats out there about students who leave the faith in college. But make sure you’re informed about the truth.

Know that in many cases, according to the same LifeWay Research study, most students aren’t leaving church because they disagree with its doctrines or have a deep desire to rebel. While your child’s story may be different, a high percentage of students who leave church have simply lost track or struggle to see its importance or relevance in their lives today.

Know also that based on this study, many students (almost two-thirds) of those who leave the church during this period of their lives actually end up returning. According to a book called Families and Faithabout the passing down of religious faith across generations, evangelicals actually have a good retention rate, and it is even stronger when both parents are married and attend church with consistency. So, in short, don’t believe the doomsday stats.

Entrust your child’s journey to Jesus.

The point of the story of the prodigal son isn’t just that we are all called to exercise prodigal father level love in everyday life; it’s that Jesus is the one who came down to earth and chased after us.

When we fall astray, he welcomes us back with open arms. He consistently models for us what it means to chase after the one, be it the one lost coin, the one lost lamb, or the one lost child.

Trust that God is sovereign over your child’s journey. Trust in his timing and the faithfulness of his covenantal love. And, most importantly, lean on Jesus for grace and strength to love him or her during this Christmas season.

The Exchange Team contributed to this article.