Spiritual gifts have little to do with innate personal strengths and far more to do with a yielded weakness.
Jeff Christopherson 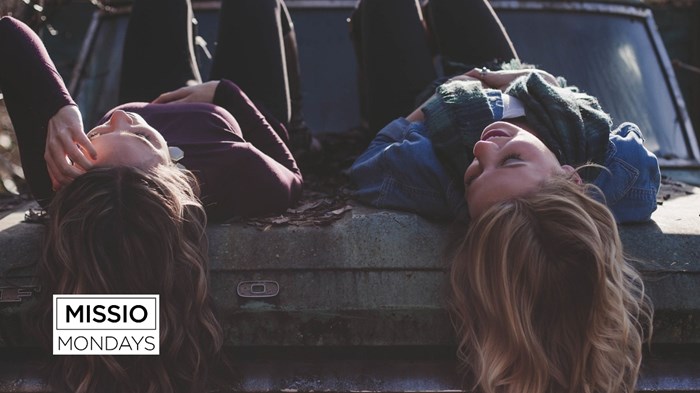 Terry and Janice were busy penciling in three sheets of computer dots in the spiritual gifts inventory they’ve been given by their local church. Nervously concentrating, Terry and Janice worked their way to question 200, handed in their sheets, and anxiously waited until the following Sunday to discover their spiritual gifts. The ensuing Sunday, they reconvened and zealously opened their sealed manila envelopes. It seemed that Terry had the gift of administration. Janice had the gift of service.

Glumly, they both looked down and exhaled a disheartened sigh. Not so coincidentally, Terry was a parts manager at the Volkswagen dealership and Janice was on the cleaning staff at a large assisted living community.

Uninspired and disenchanted, Terry and Janice trudged somberly toward the parking lot. It looked like ‘spiritual service’ at church is going to look a whole lot like the drudgery of work. Soon, Terry was counting the offering envelopes, while Janice rolled out tables, chairs, and portable signs for the church’s big events. The whole procedure didn’t seem very satisfyingly spiritual. Are spiritual gifts really meant to work like this?

Since the 1970s, much of the evangelical world was losing market share to a charismatic phenomenon that was sweeping the world. New churches emerged, offering worship designed to engage the emotions of a believer. For many, this held great appeal when compared with dueling piano/organ combinations separated by an arm-waving hymn conductor.

The preaching seemed more free-flowing, more alive. With a constituency that was growing bored with a starched-collared, three-points-and-a-poem, semi-robotic approach to preaching, many found these changes refreshing. But the pièce de résistance of the charismatic wave was an emphasis on spiritual gifts. This charismatic trademark offered something that seemed truly spiritual to many—something that transported their dreary spiritual existences to a higher, unexplainable dimension.

As the charismatics pointed the way, evangelicals were forced to engage. Worship wars soon erupted. Preaching became more personal, less formulaic. And spiritual gifts were discovered—or at least a sterilized version of them.

What Did Evangelicals Lose?

In worship and preaching, evangelicals gained a great deal. But when it comes to spiritual gifts, it gained almost nothing. We simply relabeled tendencies that fit a person’s natural gifts and predispositions as a “spiritual gift.” We designed tests that produced objective data to influence congregants toward ecclesio-centric service snugly within their comfort zones. The church created bite-sized, organizational, volunteer slots and matched willing disciples to these predefined roles.

It seems that we may have adopted the world’s operating system and transmitted an unchallenging fabrication of spiritual gifts into the normative paradigm of our culture.

The biggest, the greatest, the richest, the prettiest, the strongest—these are the values that have driven humanity since our Fall. In order to determine where people stand on the power-ranking pecking order, the business world has developed varied instruments and tools that precisely demarcate our competencies. In our efforts to niche our laity into appropriate comfort slots, we have baptized our business-based “strength-finders” and bestowed on them a far more sacred moniker.

With a halo’s glow shimmering on our freshly calculated “spiritual gift inventory,” we declare with the confidence of an Old Testament prophet, “Son, daughter, lead comfortably in your greatest, grandest, most powerful strength! Stay comfortable.”

And the Fall continues.

What Is God’s Design?

Weakness. Just weakness. From cover to cover, the Bible highlights over and over again this singular principle: God uses weak people (2 Cor. 12:9). He uses people like infertile Abraham and Sara, stuttering Moses, fearful Gideon, overlooked David, timid Jeremiah, and a group of misfit disciples. And the world would never be the same.

It would seem that spiritual gifts have little to do with innate personal strengths, and far more to do with a yielded weakness. Quizzes that reinforce personal strengths only serve to propagate spiritual independence instead of actually forcing a disciple to depend on the power of the Spirit. As long as we value brilliance over weakness, addition over multiplication, and consolidation over self-sacrifice, the disciple that we produce will look eerily similar to the world’s leader: strong, confident, autonomous, and spiritually insubstantial.

When disciple-making becomes a trek from the highway of personal independence to the narrow path of a dependent faith, legitimate and powerful spiritual gifts are discovered. These gifts are not found in the strengths of our personalities or capabilities, but in the weakness of a trusting subject in the authority of his or her Sovereign.

Perhaps all of the Terrys and Janices who have long been sacredly shackled within the comforts of our org charts will find freedom and joy in seeing the Spirit work through weakness. And, if Jesus’ church serves in weakness, an increasingly skeptical world is sure to notice the change.