The Critical Role of Name-Calling in Our Witness: You Are ‘Beloved’ 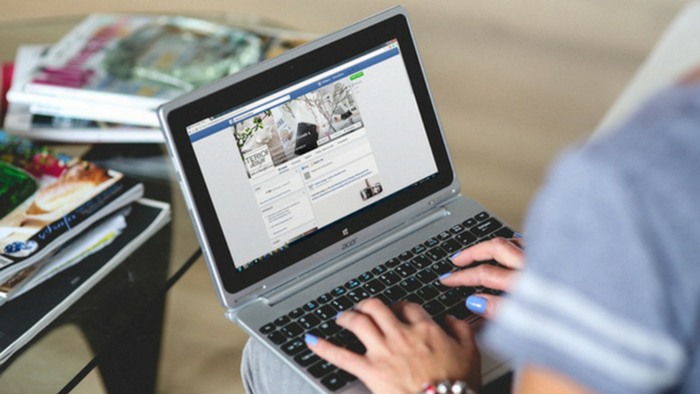 Before the advent of social media, many in the previous generation used their parents’ basements to start rock bands and Fortune 500 companies that would go on to rock the world. The late Steve Jobs started Apple in his parents’ garage in 1987. Apple is now the most valuable company in the world in terms of market capitalization. Ironically, the company has more cash in hand than the entire U.S. government. Pearl Jam started their band in a Seattle basement in 1990, and by 2017 had been inducted into the Rock and Roll Hall of Fame for their legendary career.

By contrast, recent ethnographic studies have scripted an entirely different narrative at work in the hearts and souls of young adults in this generation compared to those in the past.

According to research conducted by both Pew Research and the New York Federal Reserve in the last decade, there have never been more young adults living with their parents in the history of American life. Economists have wondered if depressed job markets, costly housing, or high tuition fees correlate with the historic rise of this perpetual adolescence, where young adults are growing older, but seemingly never fully becoming adults. #adulting

Although there are multiple factors influencing this pervasive narrative in the hearts and souls of millennials, I believe the advent of social media could be the most critical.

Jim Collins posits in Good to Great that although technology cannot create growth, it can accelerate it. Social media has become an ostentatious microcosm and has brought with it crushing expectations. Every loss and win are compounded with greater anxiety and paranoia. And when you continue to compare other people’s fastidiously curated highlights to your own bloopers, despair is inevitable.

There is a big difference between a band performing for a few friends in a garage versus performing at Madison Square Garden. You would certainly hope you’d get a chance to practice in the former before attempting the latter. However, for the present generation, the former is unfortunately no longer available.

No wonder so many millennials are tucked away in their parents’ basements in hiding.

Their heads are buried in the sand looking for any reprieve from the crushing expectations they and their peers have for themselves. In other words, there has never been a generation more starved for love than today’s.

The harvest is plentiful, but those who truly understand the heart of the generation are few. So what can we do?

First, if we want to win the hearts of the next generation, we must recognize that millennials aren’t lazy, but are instead struggling with chronic insecurity.

Many are in hiding in their parents’ basements not because they don’t have a life, but because they believe their lives aren’t good enough. It seems ironic for a generation that is supposedly “adulting” to be struggling with perfectionism, but when your life is under constant watch, this is almost inescapable.

The truth is, perfectionism is just chronic insecurity in disguise. #notgoodenough

The American Journal of Epidemiology and the Yale Laboratory of Human Nature posit that Facebook is actually a mental health hazard. There is a direct link between clinical depression and Facebook usage. Why? Because, no one actually posts their bloopers, but only their highlights.

Second, if we want to win the hearts of the next generation, we must not be quick to judge, but quick to listen.

Millennials aren’t really aloof. They care so much about what others think that they often struggle with a debilitating fear. The Apostle John knew that the only antidote to liberating a generation from fear was unconditional love. #1John418

One of the most beautiful moments in Scripture is when Jesus is baptized by John in the Jordan River. The context is not as sacred or pious as it appears, however. Before the booming voice, the descent of the white dove, and the heavens breaking open, all we really have are two cousins hanging out in a pool.

Is this what the clouds part for? Is this what causes such a ruckus in heaven that God the Father decides to make a cameo? At a pool party? The answer is yes, absolutely yes, but that is exactly the oceanic environment we see Jesus living in.

Now, this may go against our intuition, because in the world in which we live, our doing determines our being. In a culture based on shame and superficiality, the elephant in the room, which is the pressure to be amazing, is always staring directly at us.

If we truly want to win the hearts of the next generation with the gospel, we must help reclaim their identity as the beloved, because only perfect love can cast out fear. #gospeloflove

Sam Kim is the founder of 180 Church NYC, a community joining God to restore the beauty in all things. He teaches and writes about culture, preaching, and evangelism in various contexts. He is husband to Lydia, dad to Nathan and Josh, and best-friends with his dog, Brownie. Learn more at samdkim.com.

Join the conversation on Facebook
Tags:
None
Posted:
February 12, 2018

The Critical Role of Name-Calling in Our Witness: You Are ‘Beloved’

The Critical Role of Name-Calling in Our Witness: ...