If the whole family doesn’t win, no one wins.
Dave Ferguson and Matthew Soerens 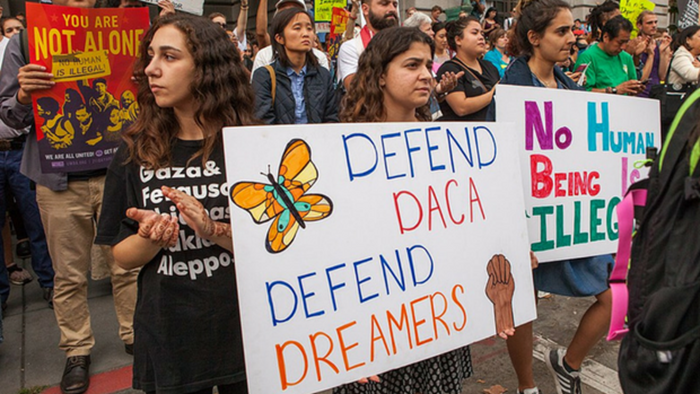 A church with ten locations is a lot like a family with ten kids. There is the opportunity for great joy and also the possibility of tremendous chaos. At Community Christian Church, we have both! In an effort to make sure our family of church locations were all working together for the greater good and not just for themselves, we began talking about the “family win.”

It’s a biblically-rooted idea that we hoped would radically reorient our sense of identity, impacting how we steward the resources and the influence to which God has entrusted us.

Community Christian Church was an early adopter of the concept of a multi-site church: we are one church, with one staff, one eldership, and one overall budget, but in multiple locations. This month, we will be launching our eleventh Chicagoland campus.

For all the strengths of this model, however, it also presents a challenge: How do we help motivate people who live and worship in communities spread across a fairly large geographic area, many of whom realistically will never meet one another, to contribute sacrificially of their time, talents, and resources for the sake of the whole?

We borrowed the idea of the “family win” from Ryan Kwon, a friend and pastor of Resonate Church in California. Ryan, who grew up in a Korean-American immigrant household, described the sacrifices that his well-educated father made in coming to the U.S., where he worked a maintenance job cleaning bathrooms at LAX Airport.

Why? For the family win—so that his kids could have a better education and, ultimately, a better life than if he had stayed in Korea. Even as a child, however, Ryan was also expected to make sacrifices for his family, because “if the family didn’t win, no one won.”

This idea has some radical implications if we take seriously the Bible’s description of the church as the family of God. Paul describes each Christ-follower as having been adopted as God’s children (Eph. 1:5), such that we are now united together—even across the ethnic lines that marked societal divisions—as “members of his household” (Eph. 2:19).

Hebrews 2 tells us that we are not just “of the same family” with one another, but even with Jesus himself, who “is not ashamed to call [us] brothers and sisters” (Heb. 2:11). How much more, then, ought we to sacrifice on behalf of one another, given what Christ has sacrificed for us?

If one of our children—or a parent or sibling—was hungry, we would do whatever necessary to feed them, even if it required less for us as individuals. That’s just how the early church lived out the idea of the family win: “All the believers were one in heart and mind. No one claimed that any of their possessions was their own, but they shared everything they had” such that “there were no needy persons among them” (Acts 4:32, 34).

As we’ve challenged our church to commit to truly being one church, committed to the family win, it has allowed us to pool resources, expanding our outreach and presence in particular locations through the contributions of the whole church.

For example, we recently opened a new, more accessible space for our urban campus in Aurora and expanded our kids’ ministry facilities in our most rural location in Yorkville, even though these campuses would not have been able to afford these changes on their own. Each contributed to a family win.

Looking for the family win goes beyond finances, however: it also compels us to be stewards of the influence that God has entrusted to us, which is not necessarily distributed equally in our society. While we don’t believe the church should ever be partisan, we can and should speak into how biblical principles apply to questions of structural injustice, urging each part of the church family to consider the wellbeing of the whole.

A recent example has been the announcement of the end of the Deferred Action for Childhood Arrival (DACA) policy, which allowed undocumented immigrants brought to the U.S. as children to lawfully work and be protected from deportation.

For people in some of the locations where Community exists, particularly those who have large immigrant populations, the termination of this program is a big deal. It means young people who have used their work authorization to find jobs, pay for college, and provide for their families will, beginning in March, be let go of their jobs and put at risk of deportation, often to a country they left at such a young age that they cannot remember. Those within our church who are directly affected by this policy change, as well as their relatives and friends, who worship alongside them each Sunday, are pleading with Congress to intervene.

Phone calls, letters, and public demonstrations from people within those particular communities will not change any congressional votes, though, because their member of Congress already supports legislation that would resolve the status of these “Dreamers,” as do most who represent districts with large immigrant populations.

To the extent that there is opposition or reticence to passing legislation that would help these young people, it tends to come from elected officials whose congressional districts are far less ethnically diverse, where voters are unlikely to personally know someone whose life will be harmed if Congress fails to act.

However, for a church family that spans from urban to rural, from communities with very little ethnic diversity to those where there is no ethnic majority, gerrymandered congressional district lines do not matter. What impacts a young immigrant woman who is our sister impacts all of us, regardless of where we celebrate together on Sunday.

The family win happens when those who (by nature of their geography) have unique influence are willing to leverage it for the sake of the whole, urging their member of Congress to pursue policies informed by biblical principles. Because if the whole family doesn’t win, no one wins.

Global Implications for All of Us

This idea of the family win has global implications, because the family of God is ultimately bigger than just our multi-site, regional church. We have African American brothers throughout our country who face systemic inequalities in our criminal justice system. We have Burmese and Iraqi sisters who have been forced to flee their countries because of their Christian faith—far fewer of whom have been able to find refuge in the U.S. than in years past because refugee resettlement programs have been slashed. We have members of our family who are going hungry today because of war, natural disasters, or poverty across our globe.

Our challenge, if we are to take the idea of the family win seriously, is to leverage our finances and our influence to help in any way that we can, just as we would for a biological son or daughter facing this plight. To quote poet Micah Bournes: “You never stop fighting for your own.”

Our identity is much greater than just our surname or our country of citizenship: we are one family; brothers and sisters united under one Father. If one part of the family suffers, we all suffer with it (1 Cor. 12:26). If we are to truly seek God’s kingdom and his justice, we have to commit ourselves not just to our individual success, but also to the family win.

Dave Ferguson is the lead pastor of Community Christian Church, president of the Exponential Conference, and an author of several books, including the upcoming Hero Maker: Five Essential Practices for Leaders to Multiply Leaders.

Matthew Soerens, who attends Community Christian Church, is the U.S. Director of Church Mobilization for World Relief and co-author of Seeking Refuge: On the Shores of the Global Refugee Crisis and Welcoming the Stranger: Justice, Compassion & Truth in the Immigration Debate.

Join the conversation on Facebook
Tags:
None
Posted:
January 29, 2018

“Family Win” and How Our Churches Care for Each ...