In God, there is a unique identity for every immigrant.
Paco Amador 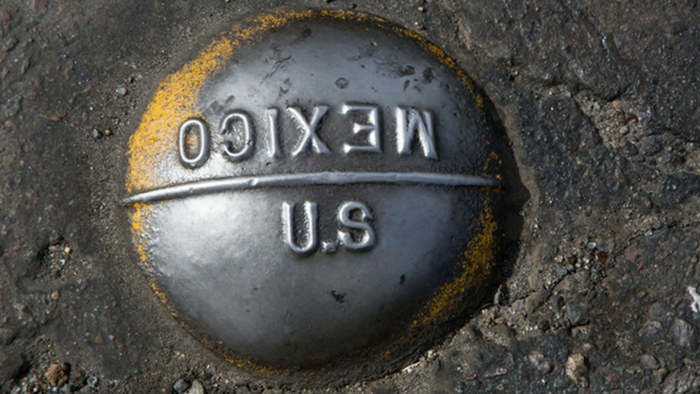 I love being an immigrant.

I never thought I would say that but, in retrospect, I would never change what happened to me as a result of crossing the U.S. – Mexico border.

In one sense, the immigrant experience is very simple, really. To be an immigrant is to cross borders seeking to live in a land not your own.

While I do not mean to make light of a severe global crisis, I am convinced that the immigrant experience, with its heart-wrenching suffering, has the power to awaken and best prepare a person’s heart to hear and respond to God’s call.

Looking back, I see how the grueling pain of departure, separation, and arrival into a culture not native to me led me right into God’s kingdom.

I was born in Mexico City. When I was young, my parents moved our family to Tampico, a large city in northern Mexico. At the age of 14, I migrated to the United States. And that’s when my life took an unforeseen twist, a twist that was fully in God’s hands.

How can I describe the shock of being an immigrant?

Well, imagine yourself getting plucked away from your normal life, filled with regular faces, familiar routines, and common values, and getting planted in a totally different corner of the earth, where you look different than everybody else, do not speak the language, and do not intuitively understand the unwritten rules by which people relate to one another. The system is different, currency is confusing, and the values don’t make sense to you.

You are an immigrant.

It’s not just the language. Imagine that you are driving down the road in your hometown—the town where you have lived all your life—and all of a sudden you get a flat tire. Whatever you do next, whether it’s to call your uncle for help, dial your AAA agent, get Uber to come rescue you, or talk your way through getting the guys on the corner to give you a spare tire, THAT is your network of support.

But if you are in a setting where things don’t work for you like they did back in your native home, where your network of support is not there for you, you are an immigrant.

Losing it all is devastating.

These are questions that most people never seriously ask themselves unless they are standing at a new beginning or are facing a life-altering event.

These questions can lead you to an encounter with God.

These are the immigrants’ questions.

Who am I? In other words, what is the value of my life? Am I the sum total of the benefits and detriments of my upbringing and environment? Ultimately, this question can lead a person to the edge of a fresh new identity. Do I have what it takes to survive? To begin again here?

Who can help me? Is there someone greater than the circumstances that are drowning my soul far from home? Is there someone who can truly help me? Abraham would have never left Ur if he did not have the conviction that a greater hand was leading him. Moses followed the cloud. David wrote more psalms of hope during his time as a desert fugitive at the cave of Adullam than at any other time in his life. Can someone beyond myself reach in when the waters are engulfing me, and pull me out?

Just a few days ago, I was sitting down with my children recalling that day when I finally quit fighting and asked God to take control of my life.

They love hearing this story and I love telling it. It is my immigrant story.

I was 15 years old. Just a few months earlier, I had arrived in the North Carolina Blue Ridge Mountains. I did not speak the language; I did not look like everybody else; I did not understand how things worked. I was in high school and was drowning fast. I was naked, facing my raw self, without any help, without my culture’s normal support.

Just me. Dying inside. Dry, tearless, and alone. So I thought.

My first reaction was to look beyond myself and blame others for my loneliness and demise. I cursed the world. I cursed others. I cursed God. Until… exhausted, I gave up. Then, I looked up and asked heaven for help.

In my distress I called to the Lord:
I cried to my God for help.
From his temple he heard my voice;
My cry came before him, into his ears…
(Psalm 18:6)

According to the Pew Research Center, for the last two decades a sizeable percentage of immigrant Hispanics have steadily been leaving their Catholic upbringing to become either exponentially more serious about their faith through “born-again” conversion, or becoming altogether religiously unaffiliated.

There is no doubt that a serious encounter with God is part of the immigrant experience.

And so I looked up and asked for help, turning my cursing fist into an open hand. And God took hold of me. And I became his. And a holy interchange took place. My broken and hopeless soul was overwhelmed with his purpose.

Not only that, He gave me a brand new identity to live out. In God, there is a unique identity for every immigrant, an identity to live and thrive in a new land… under his command. This is something that I could never have had without him.

Back in Old Testament times, the exiled Israelites received a letter from God while in Babylon through the prophet Jeremiah. In it, God told them that it was he who had taken them there. And then, he directed them to thrive in that land! He is, in fact, the God of the immigrant.

As a young believer I came across a book by Justo Gonzalez, the well-known Cuban-born theologian. In it, he explained this unique call through his own experience: “In my own inner identity, I began to move from being a Latin American living temporarily in the United States to being a Hispanic in the United States.”

Something almost magical settled in my heart the day I read those words.

That day, I began the long journey of reflecting on the redemptive nature of my immigrant story. I began to understand my place in history. In an instant, I saw the deep suffering of leaving my previous world behind, through God’s eyes.

And I began to discern his hand, behind the scenes, throughout my life.

That day, I symbolically ‘unpacked’ my immigrant suitcase.
That day, I thanked God for making me an immigrant.
That day, I realized I was finally home… safe in his arms!

Paco Amador pastors the New Life congregation in a Mexican immigrant neighborhood in Chicago. He enjoys running, dancing with his four daughters, wrestling with his three sons, and bike riding through the city. Pastor P and his wife, Sylvia, have been married for 20 years.

Join the conversation on Facebook
Tags:
None
Posted:
January 3, 2018