This is a problem we all must address.
Ed Stetzer 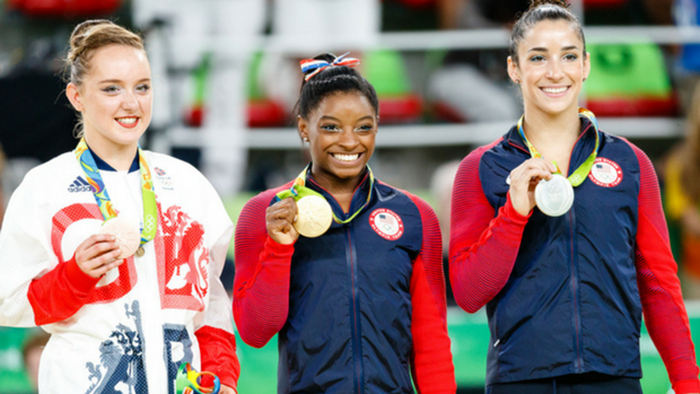 Just tonight, Olympic gymnast Simone Biles joined the chorus of women who’ve bravely brought their stories of abuse into the public light. Biles, 20, made this announcement detailing the ways her former team doctor, Larry Nassar, abused both her and other teammates.

#MeToo, it seems, continues on, as it should until every story is heard and each and every church becomes a place of healing and restoration for all who have been treated as anything less than worthy of one made in the image of God.

We’re living in a time of confession—one focused on openness and honesty about the ways women have been abused and mistreated. This only comes after decades spent trying to deny truth and sweep exploitation under the rug.

Much of this started with one of the most shocking news stories this nation has seen in years—a story about one man’s desire to conquest not just one, but multiple unwilling women. Over the course of his career as a Hollywood mogul and movie producer, Harvey Weinstein took it upon himself to sexually harass and assault countless female coworkers and acquaintances.

Although the list continues to grow, many have already come forward to speak and share their stories about their encounters with Weinstein. Despite the differences between these women, several common descriptors can be used to characterize Weinstein perpetrators and his victims.

First and foremost, these encounters were exploitative.

Many victims of Weinstein and others are often young women forced to ward off approaches made by much older, aggressive men. Regardless of age, however, exploitation happens all to frequently and should be forcely condemned by all of us.

Women are not resources to exploit.

The exchanges were transactional.

According to some accounts of Weinstein’s behavior in particular, the perpetrator made clear the kinds of treatment victims would receive should they choose to submit and play along with his wishes. The ‘casting couch,’ it seems, is still alive and well.

Women should not have to trade their sexuality for advancement.

Last, some of these exchanges were forced.

Perpetrators of sexual abuse don’t go out of their way to ask women what they want or find out whether they’re interested in receiving affections. Regardless of the environment surrounding each situation, we must take seriously the importance of mutual consent. Anything that isn’t a resounding “yes” on both sides is to be forcely condemned.

Women, regardless of who they are or what they have done, should never be forced.

Sadly, This Is Not Shocking

Unfortunately, none of these behaviors exemplified by Harvey Weinstein shock us as they should.

Women have been targeted for exploitation by aggressive men for centuries. Often, their positions under male leadership in offices and organizations make them particularly vulnerable to these kinds of advances and threats of retaliation. Although we might wish to expect better from them, the film industry is certainly no stranger to these evils.

I’m appreciative of some of the recent steps we’ve seen in Hollywood, but also disturbed by some of the unaddressed realities. Meryl Streep powerfully criticized President Trump for his harmful rhetoric and behavior, pointing out that when someone powerful does something wrong, it “gives permission for other people to do the same thing.”

Yet she gave a standing ovation to admitted child rapist Roman Polanski, which, some might say, “gives permission for other people to do the same thing.”

Although Hollywood may seem like an easy target, they’re certainly not the only ones who’ve earned a reputation for the mistreatment and exploitation of women. A quick look at the professional world is enough to show anyone that this problem is not particular to one single industry—it’s much more pervasive than that.

This past October, 140 female lawmakers, lobbyists, and consultants came together in California to craft a public letter in support of an end to the sexual harassment of working women everywhere. Their goal was to pave the way for women to enter the workforce freely and without fear of experiencing mistreatment by male bosses and coworkers on the job.

For those who assume that these issues end at the border—think again. A quick look at the evils of the human trafficking industry confirms that this problem is global in scale. The millions of women and girls trafficked annually both nationally and globally for the exploitation of their bodies are a part of the same deep struggle—a struggle against a world that doesn’t recognize them as a dignified part of God’s creation.

And, the church has been complicit, hiding sexual abuse and not valuing women as much as men.

As it turns out, this isn’t just a Hollywood problem, a politics problem, a church problem, or even an American problem. It’s a people problem—and all of us are a part of it.

If we want to truly engage in our culture and speak truth to power, acknowledging this and looking for ways to prevent the mistreatment of women is key.

First, we can’t let the culture at large affect our understanding of the value God places on women.

Looking at the life and legacy of Jesus Christ, we can see clearly God’s heart for all his people—female and male—and desire that they should come to know him. Yet some twist their views of women and see them as existing for the gratification of men.

In other words, women are not tools for men, they are people, worthy of dignity and respect, for they are made in the image of God.

We can’t allow their toxic thought patterns to seep into our communities and change the way we understand the role the Lord has designed for women to play in this world.

Second, as believers, we can’t allow any single man to possess absolute power within the church.

We all need accountability, but looking at the nature of sexual harassment and assault throughout our country, there seems to be one single common thread: unaccountable men. While certainly upsetting, this shouldn’t really surprise us.

And, pastoral ministy can create a place for unaccountable power, where a charismatic leader is answerable to no one. The result is consistently disasterous.

Third, as I have written many times, we need to listen to victims and stand with them.

As I wrote last week, our churches are to be safe havens for those who have been victimized and mistreated. Anything less and we let down our God who called us to stand up for those the marginalized, the abused, the broken.

We are called to stand with every woman who has had her life turned upside down by the hands of another.

Fourth, it is critical that we support one another as believers and hold each other accountable as brothers and sisters in Christ.

If we’re serious about preventing sexual assault and harassment in our churches, we need to speak up in love when we see behaviors that look suspicious or inappropriate. This is not an attempt to be overly critical or corrective, but instead a way that we can all care for each other—and particularly, the women— in our church communities.

Make no mistake—these issues are vast and complex. There is no easy, quick fix to a widespread cultural problem: the abuse and exploitation of women at the hands ofunaccountable men. God’s good plan for their lives does not include the kinds of harassment and violent assault that have become so commonplace these days.

As the church works together to make a better way for women in our communities, we are motivated first and foremost by Christ’s care for all his children—male and female. Although we might not see it this side of heaven, ultimately, we long for the day when the perpetuation of these harmful behaviors and practices will come to an end.

Join the conversation on Facebook
Tags:
None
Posted:
January 15, 2018