The Implications of Meritocracy on the Church: Grace Erased for Incarcerated Individuals

Punishment devoid of grace is not justice, but vengeance.
Dominique DuBois Gilliard 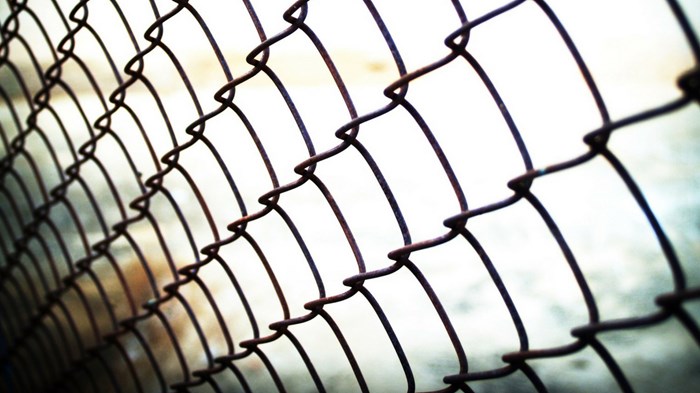 We gather weekly to worship God, giving honor, praise, and glory to our Lord and Savior Jesus Christ. We declare the goodness of God through prayers, songs, and sermons. We thank God for the unceasing love, mercy, and grace that’s been extended to us, singing hymns of adoration and thanksgiving because nothing—no one, nothing, and no deed—can separate us from the love of Christ.

But, do we really believe this? Do we truly believe that no offense, sin, or crime—regardless of how heinous—can separate us from God’s love?

If we soberly search our hearts, many of us question and doubt this. We wonder, Can a person who has been convicted of mass murder, pedophilia, or human trafficking truly be transformed, redeemed, and reconciled to God? While these are extreme examples, given that most incarcerated people (73%) are serving time for nonviolent offenses, this is still a vital question for the Church to grapple with. We either believe that no one is beyond redemption, or we don’t. There’s no middle ground.

Christianity is predicated upon grace. Orthodoxy affirms that we are Christians because Jesus chose to pursue and save us while we were yet sinners. Jesus didn’t wait until we got our act together; he embodied perfect, sacrificial love while we were yet enemies of God. Subsequently, the amazing grace that reconciled, restored, and redeemed us should be the hallmark of our lives as Christians; particularly patterning our disposition towards others standing in the need of grace.

The Gulf of Grace

However, our criminal justice system reveals that all too often this hasn’t been the case. While the United States constitutes only 5 percent of the world’s population, we have 25 percent of its incarcerated populace. Statistically, our nation currently has more people locked up in jails, prisons, and detention centers than any other country in the history of the world. We currently have more jails, prisons, and detention centers than degree-granting colleges and universities. This means that in many areas of the country, there are more people living behind bars than on college campuses.

As followers of Christ, we must ask what our faith calls us to in this unprecedented era. Collectively and individually, we must contemplate what bearing witness to the gospel in this critical moment entails. In Matthew 25, Jesus says, “I was sick and in prison and you did not look after me.” Hebrews 13:3 exhorts Christians to “continue to remember those in prison as if you were together with them in prison, and those who are mistreated as if you yourselves were suffering.”

As new creations, we cannot dismiss these explicit instructions to be engaged with our criminal justice system. Could you imagine the prophetic witness of the body of Christ, in this watershed moment, if we steadfastly lived into these passages today?

The church doesn’t know about the dehumanizing realities that incarcerated people are subjected to daily, because we have not faithfully responded to Jesus’ summons to be present behind bars.

Put another way, we don’t know that we are the only country that imprisons children for life, or that 80,000 people are locked in solitary confinement daily (quarantined in a 12-by-7-foot concrete cell for 23 hours a day and are only allowed outdoor access and human interaction for one hour).

We’re unaware that pregnant women, in many states, are shackled to gurneys during their delivery, and that 13 states have no minimum age for prosecuting children as adults—because we don’t go. And part of the reason we don’t go behind bars is because we are prone to forgot who we are, and who’s we are. Consequently, we frequently stigmatize and write off the incarcerated as irredeemable people to be avoided like the plague.

The Dark Side of Meritocracy

Rather than clinging to, and extending to others, the grace that was first extended to us by Christ, we routinely respond to those who have violated the confines of covenant community with meritocracy. Meritocracy is the belief that people get what they deserve. We, therefore, abide by clichés like “if you can’t do the time, don’t do the crime.”

But if anyone should know the fallacy of meritocracy, it should be Christians! If we got what we deserved, we’d be destined for damnation and eternally separated from God.

Furthermore, anyone who has studied and interacted with our criminal justice system knows that it’s just not that simple. For instance, one out of every 25 people sentenced to the death penalty are falsely convicted. There are undeniable racial disparities in our system—Black men represent 6.5 percent of the U.S. population, yet constitute 40.2 percent of our incarcerated populace.

And, as Bryan Stevenson highlights, "We have a system of justice that treats you better if you're rich and guilty than if you're poor and innocent."

When we embrace meritocracy, we slowly but surely forsake our birthright as Christians. Meritocracy is a cancerous worldview. It is anti-gospel, and it insidiously compromises our vision. Meritocracy distorts how we see ourselves and perverts how we relate to and interact with our neighbor. It places us in a position of judgment over and against others. It subtly fosters a fear of the other by differentiating us from them.

Meritocracy, therefore, endows us with a false sense of moral superiority in which we indict others and look down upon them. Meritocracy engenders an anxiety that clings to fearmongering and embraces jail cells, border walls, and ethnic exclusion as social safeguards that protects us from them. Meritocracy legitimates the use of dehumanizing rhetoric towards the other, stereotyping entire people groups as “super-predators,” “animals,” “thugs,” and “rapists.”

Legislatively, meritocracy seduces us into supporting policies that punish, racially target, and geographically profile. Meritocracy holds that those people deserve to be quarantined and caged like animals because their actions prove they are dangerous, immoral, and disregard the sanctity of life. Meritocracy holds that retributively responding to crime is not only right, it is also responsible. It insures the peace, stability, and safety of us moral citizens.

Thinking Well on Issues of Grace and Worth

Over time, the church has welcomed a meritocratic ethic. Christian meritocracy has evolved as the byproduct of syncretizing biblical and nationalistic values. This toxic mixture trivializes grace and promotes the dichotomy of saints and sinners that ignores the fact that we have all fallen short of the glory of God.

Meritocracy, sanctified and baptized by the church, breeds stigmatization, disunity, and dehumanization. It therefore serves as a stumbling block to Christian reconciliation and redemption. It also hinders lost sheep trying to find their way back to their Shepherd, and blinds those who believe that they have spiritually arrived.

Meritocracy has led professing Christians to endorse and actively participate in the largest prison system in the history of the world. Largely due to meritocracy, the clear majority of us have seen no contradiction between legislatively supporting the policies that bred mass incarceration and bearing witness to the in-breaking kingdom of God.

When we support tough-on-crime legislation like capital punishment, retributive law-and-order polices, and legislation that leads to more prisons and less medical interventions for people plagued by addictions, mental impairments, and physical disabilities, we disavow the grace that rescued us. Punishment devoid of grace is not justice, but vengeance. Christians cannot subscribe to such morally bankrupt social solutions. While the gospel affirms personal responsibility, it diametrically opposes meritocracy, and the rugged individualism that our nation prides itself on.

As followers of Christ, we must be cognizant of how embracing meritocracy impedes our ability to reflect God’s gracious character, restorative nature, and missional activity in the world. God is actively restoring all things, including fallible people like you and me, as well as those we sometime mistakenly believe are beyond the point of redemption.

Dominique DuBois Gilliard is the Director of Racial Righteousness and Reconciliation for the Evangelical Covenant Church (ECC). He is the author of ‘Rethinking Incarceration: Advocating for Justice that Restores.’ He also serves on the board of directors for the Christian Community Development Association and Evangelicals for Justice. In 2015, he was selected as one of the ECC’s “40 Under 40” leaders to watch, and the Huffington Post named him one of the “Black Christian Leaders Changing the World.”He earned a Master of Divinity degree from North Park Seminary, where he currently serves as an adjunct professor.

The Implications of Meritocracy on the Church: Grace Erased for Incarcerated Individuals

The Implications of Meritocracy on the Church: ...