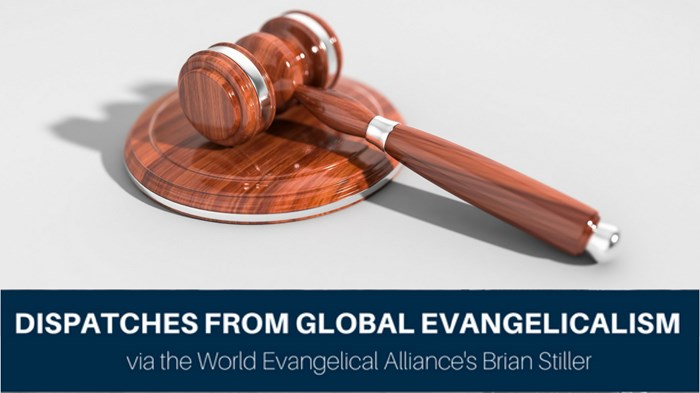 Trinity Western University, a Canadian liberal arts university, planned to open a law school as part of its vision to prepare Christians to serve in public and civic life. It wasn’t long before their plan triggered the ire of provincial law societies.

In the end, this case ended up before the Supreme Court of Canada, which ruled that provincial law societies could refuse to admit TWU law grads from practicing law. Their ruling was based on their objection to the university’s community covenant: It requires students to agree to abstain from “sexual intimacy that violates the sacredness of marriage between a man and woman.”

Why Does This Matter?

Let me share a few reasons I believe this is important for Christians both in Canada and beyond.

First, it shows how a country’s top court can render a verdict in favor of human rights but biased against religious freedom. When the two ideas butted heads, religious freedom was the loser.

Second, it makes short shrift of the model that within a diverse society a plurality of ideas and beliefs can exist together. This is a huge loss. And when Canada, known for its democracy and public fairness, takes this road, we lose an important example of how pluralism functions.

In today’s cultural, religious, and ethnic stew, to respect and get along with each other is as basic a formula as I can imagine. Justices opposing the majority noted,

The state and state actors [and in this case, provincial law societies] – not private institutions like TWU – are constitutionally bound to accommodate difference in order to foster pluralism in public life. . . . Canadians are permitted to hold different sets of values.

Third, it keeps faith from being public. I hear the justices saying something like, “Live out your faith within your churches, institutions, and private communities, but if you try to bring it into civic life, if we don’t see your beliefs as being inclusive with our values, we will prevent your faith from influencing our public spheres.”

Fourth, it assumes that Christian standards and beliefs for an institution are not essential to its identity, self-definition, or existence, but a preference.

Fifth, the decision is based on what the justices determined are “values,” neither defined nor included in the Charter: Here they become what the court deems is implied. Two judges, in a rather scathing analysis of the majority opinion, noted that such values are “. . . entirely the product of the idiosyncrasies of the judicial mind that pronounces them to be so.” What is unsettling is that by appealing to “Charter values,” the justices dip into their collective views and draw on what are unmeasurable, indefinable, and elastic, reflecting their own cultural values rather than protecting minorities.

Canadian universities that provide training for other kinds of professional vocations may now be under scrutiny if they don’t also adhere to what the court considers “values.”For those outside of Canada, Paul Marshall, professor of Religious Freedom at Baylor University in Texas, notes that this ruling may present a challenge for Americans who want to practice law in Canada. Grads from socially conservative universities such as Baylor and Brigham Young may run into a headwind if provincial law societies disallow them from practicing law if they too have similar community standard such as TWU’s.

The Arc of History

I was raised in a Christian community which was inclined to make certain that true spiritual service was lived out in the confines of the church community. This sectarian notion broke down in the 1970s as we realized it excluded God’s creation from our service. The private world mindset opened to a heart of engagement and a will to serve in all of life.

This legal decision inverts that choice. It sounds like, “You can serve the public if you disavow your minority values and affirm our majoritarian values.”

TWU and other institutions serving the public face this choice: To water down their community covenant, or to drop the idea of a school of law. But a larger question remains: How do we continue to serve a society when our beliefs aren’t in sync with the majority?

As much as this ruling is a disappointment, it’s no time to curl up and moan. Our most articulate need is to keep putting forward arguments affirming the right of religious pluralism and freedom. Keep filling the public space with strong, logical and compelling arguments. This issue won’t go away. The public needs to continue to hear counter proposals.

As much as we believe this is an unfair and improper legal rending, what matters is that young people are prepared in faith as a counter balance to what secular models offer. So, what can be done to help law school students as they prepare to serve in this vital public sphere?

Putting money and organization into nurturing and counseling law students may offer influence beyond what a single law school might provide. The Christian Legal Fellowship of Canada has a student initiative for law students, giving them opportunities to associate with and learn from others in law, providing intellectual undergirding and spiritual affirming as they go through their training.

As an up-ramp to a law degree, a university might offer a pre-law course, drawing from a Christian perspective, preparing students for their LSAT tests. In this way, they earn their undergraduate with a concentration in law, which would also be useful in other careers of law enforcement, social work, charities, and politics. This initiative enables students to understand the development of law and prepares them to serve society as a Christian in law, shaping the very law schools they enter.

We’ve Been Here Before

I was reminded by mission specialist Murray Cornelius of Rodney Stark’s outline of why early Christianity grew so quickly from 1,000 in 40 A.D. to over 25 million by the fourth century. He notes four primary reasons.

North America lives with memory of the church at the center of life and social experience. Love as the defining mantra of our faith is too often lost in our resentment against those who would deny Christian faith a legitimate place. Instead, let us view this post-Christian society not as enemy, but those whom God loves.

Christians have faced exclusion before, and will again. An Orthodox priest in eastern Europe told me of a dilemma they faced during the bitter conflict between Hitler and Stalin. Who were they to believe? Both were powerful and persuasive. Both promised freedom, a good life, and an illustrious national heritage.

Trapped between confusing forces, a senior bishop was heard to say, “When we don’t know who to believe, care for children.” He understood that when stymied by one’s world, live out the gospel.

This legal decision forces us to rethink strategy. It calls us to re-evaluate our plans and it brings us back to the heart of faith which as the Apostle Paul reminds us is not to be lived out with the same weapons as the world employs (2 Cor. 10:4).

Now is the time to be creative, exploratory, Spirit-trusting, and bold in finding new initiatives of witness and faith in our ever-changing societies.