Samaria has always been as fruitful a venue for the gospel as it has been a repulsive place for God’s people to initially consider engaging.
Scott Larson 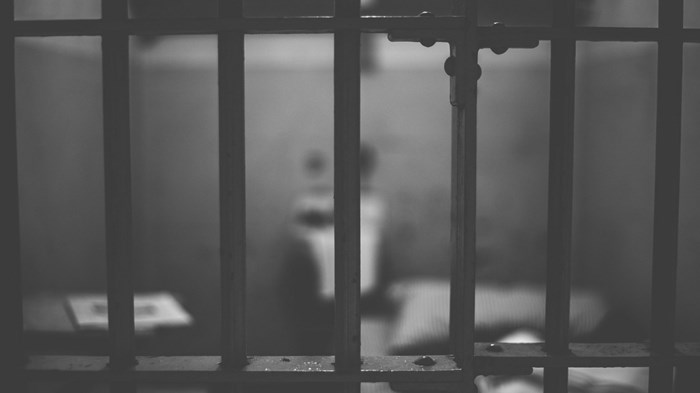 Jesus’ final words on earth are in Acts 1:8: “You will receive power when the Holy Spirit comes on you; and you will be my witnesses in Jerusalem, and in all Judea and Samaria, and to the ends of the earth.”

I think most churches do reasonably well in equipping members to reach their Jerusalem – those in close proximity like neighbors, co-workers, fellow soccer parents. And in Judea – people residing in other parts of the country or world, but who are mostly like us – relatives, fellow employees in other locations, or the guy in the seat next to you on a plane.

And we engage lots around the ends of the earth these days, as record numbers of us head off to Haiti, Guatemala, or Africa on short-term mission trips.

But when is the last time you were challenged to reach into Samaria? Oh, and by the way, where is Samaria, again?

Where is Samaria, Anyway?

For Jews living in Jesus’ day, Samaria represented those half-breed ‘dogs’ to the North who were in love with their pagan idols. stories like The Good Samaritan that might have a nostalgic ring to our ears came off to first-century Jews as a contradiction of terms at best, and repulsive at worst. Perhaps synonymous to: The Good Criminal.

For most of us, the terms good and criminal do not belong together. So, now we’re getting the point.

Samaritans represent the outcasts—the people we are most repulsed by and want nothing to do with. For Jonah, it was the Ninevites, not because he was afraid of them, but because he was afraid God would forgive and bless the scumbags (Jonah 3:10-4:2)! And even though we have lots of precedence for God using those who’ve broken the law in some pretty heinous ways—i.e., Moses, David, Rahab, The Apostle Paul—the distinction between the good people (generally us) and the bad people (always them) continues to be a hard and fast one still today.

And yet Samaria has always been as fruitful a venue for the gospel as it has been a repulsive place for God’s people to initially consider engaging. Jesus headed there early on in his earthly ministry, but not without great resistance and disapproval from his disciples. And when he met that infamous Samaritan woman at the well, John 4 chronicles the longest recorded encounter Jesus has with any one person in all of the Gospels.

It’s also the only place we read about where nearly an entire city comes to faith!

One would think that such an experience might have made a bigger impression in those disciples’ minds; however, they seem in all too big a hurry to leave, and not return until years later, as detailed in Acts 8. That’s when persecution hit Jerusalem and the apostles were forced to leave town.

It was Phillip who ventured into Samaria. And when he arrived, he found the people there to be very different than he had no doubt learned in Jewish grammar school. They were so receptive to the Good News that Phillip had to send word back to the others for help—not to fight the opposition, but to help respond to the massive outpouring the God’s Spirit as, “with shrieks, impure spirits came out of many, and many who were paralyzed or lame were healed (Acts 8:7).

Peter and John headed right over to join them in laying hands on and teaching the multitude of new converts. And from there they went to many other Samaritan villages as well.

Our ministry works to bring the church and youth held in juvenile jails together—a Samaria for many. While there may be an intial resistance to going into Samaria, if people actually venture out to those in prisons, group homes, AIDs clinics, alzheimer’s wards, or homeless shelters, then fruit is inevitably born and it brings enormous energy back into the church.

As I have opportunties to speak in all kinds of churches, I have noticed just how palpable (or not) that energy is. Where churches are focused on reaching into Samaria, there is a vibrancy one can quickly feel in the congregation. And in those churches where outreach is not a high priority, one can sense how that energy is often replaced with inward strife that shows up as back-biting, or conflict over carpet, the color of walls, or an infinite number of other trivial things.

Reaching Out Instead of Reaching Down

So, how do we best reach Samaritans? Let’s be clear: Calling someone to invite him or her to hear a guest speaker talk about dysfunctional families at church because you thought that person would appreciate it probably won’t do it. No one likes to be the mission field, especially Samaritans.

By converse, notice how Jesus began his dialogue with the Samaritan woman. He asked her for a drink of water (Acts 4:7)! In essence, “Can you help me?” vs. “Let me show you how I can help you.” I find that you can get troubled kids, prisoners, or nearly any Samaritan to your church simply by asking them to help you. There are many ways they can help: by setting up the sound, directing parking, helping organize an outreach event, or any number of things. Samaritans, like the rest of us, need to feel they belong, before they can believe.

What Happens When We Go There?

Having the courage to go into Samaria has always been the best story told of God’s people. God loves to “take the foolish things of the world to confound the wise” (1 Cor. 1:27). Saul of Tarsus was the number one enemy of the early Christ-followers as “he went about single-handedly seeking to the destroy the church” (Act 8:3). It was the actions of Stephen – while being stoned to death – who rather than pronouncing judgment on Saul, prayed that “God would not hold this sin against them” (Acts 7:60).

That single act changed the course of Christian history forever, as the tangible love of Christ set a hook deep in the heart of the Chief of Sinners. And while the first eight chapters chronicle those being added to the church (Acts 2:41, 47; 5:14), after Saul’s conversion it speaks of the church multiplying (Acts 9:31, 12:24)!

Samaritans are a ctitical component in God’s plan to change the world. Loving our enemies and blessing those who curse us never comes easy, but as Stephen shows us, it changes the course of history. And it changes the view of culture toward us, as we so desperately need today.

Even one of the biggest opponents of the early church, Lucien of Samosta, had to concede: “Though I hate what these Christians stand for, I must concede that they not only take care of their own outcasts, widows, and orphans, but ours as well!”

Dr. Scott Larson is President and Co-founder of Straight Ahead Ministries, an international Christian ministry working with juvenile offenders in both detention centers and community-based re-entry. He has written 13 books on working effectively with this population. He is also the founder of the Every Youth, Every Facility initiative, focused on partnering with ministries to reach every youth in the 1,300 juvenile detention centers in the U.S.