What does it look like for church leaders in Chicagoland and other large cities to actually seek the peace and prosperity of the city?
Mary Schaller 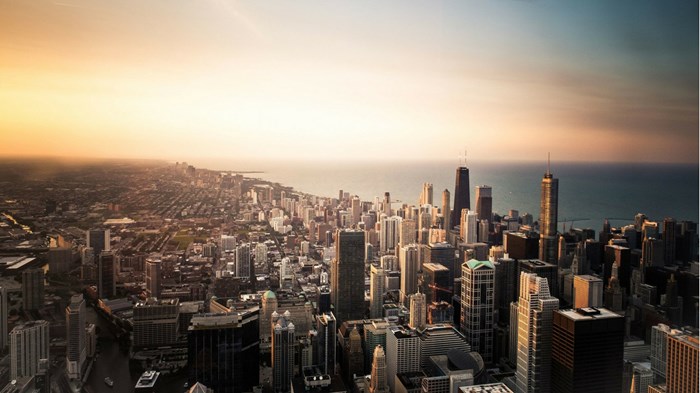 Chicago has been my home town only for the past four years. I spent most of my adult life in Boston, the San Francisco Bay area, and the Inland Northwest. But perhaps since I grew up in the Midwest (Cleveland, Ohio), somehow Chicago feels even more like home than other places where I’ve lived much longer.

As a matter of fact, I think I am falling in love with the city!

My husband and I just spent a beautiful spring night downtown catching a Broadway show and dinner to celebrate our 44th wedding anniversary. That evening reinforced my infatuation with Chicago. The vibrancy of Chicago’s culture and business, its gorgeous architecture, fabulous food, top shelf entertainment options, and the diversity of its population—9.4 million people—are just a few of the things I love about it.

But let’s face it, even the most attractive love relationships we have (even if it’s with a city) have an unappealing side that prevents a five-star rating. In Chicagoland, as in other metropolitan areas, broken social structures are tearing apart communities and causing a plethora of serious problems.

Broken families. Fractured relationships. Racial divisions. Violence. (An estimated 1,000 gunshot murders occurred in the metro area in 2017.) Drugs. (About 1,500 people died from drug overdoses in Chicagoland last year.) Chicago is regularly on national news for having more than its share of violence, gangs and shootings.

Undoubtedly, more and more people in Chicago are also suffering from chronic loneliness. The health insurer Cigna just released a study revealing that loneliness is widespread in America. Nearly 50 percent of respondents in a nationwide survey reported that they feel alone or left out always or sometimes.

The youngest adult generation, “Generation Z,” born between the mid-1990s and the early 2000s, had the highest overall loneliness score at 48.3%. It is interesting to note that this generation is probably the most connected on social media. Millennials, just a little bit older, scored 45.3%. By comparison, Baby Boomers scored 42.4%. Those of age 72 and above, called the Greatest Generation, had a score of 38.6% on the loneliness scale.

I meet people in Chicagoland almost every day who are lonely, longing for community or just for someone to care about them.

As Christians, we know that Jesus is the ultimate answer to sin and brokenness, yet many Christians aren’t showing and sharing his love with those outside the doors of our churches. According to the Barna Group, 73% of Christians believe they have responsibility to share their faith, yet in 2014, 48% did not share it with anyone.

In a joint research study with the Navigators, the Barna group reported that 25% of adult Americans have no religious affiliation, the highest it has ever been.

Through leading an evangelistic ministry headquartered in a western suburb of Chicago, I have gained some wonderful insights into many of the 6,100 “apostles’ creed-based” churches in Chicagoland. Each church I’ve gotten to know has shown me a different and impressive perspective on the Church Jesus envisioned when he said, “I will build my church, and all the powers of hell will not conquer it” (Matt. 16:18, NLT).

Pastors work diligently to preach God’s word and care for their congregations. I know many senior church leaders who are personally grieving the social problems that surround them as they shepherd their people. They seem insurmountable to tackle. Church leaders are struggling just to keep their own congregations, and especially young people, engaged.

The church in America is in decline. About 65% of U.S. churches are declining or have plateaued, according to Thom Rainer, author and CEO of Lifeway Resources. And nearly 70% of young protestants ages 18-30 who attended church regularly as children quit attending by age 23.

Barna states in a 2017 report on cities that

Rates of church attendance, religious affiliation, belief in God, prayer and Bible-reading have all been dropping for decades. By consequence, the role of religion in public life has been slowly diminishing, and the church no longer functions with the cultural authority it held in times past.

In this report, Chicago is rated number 19 (of the top 100) as one of the most post-Christian cities in the country, with 47% identifying as post-Christian by the answers they gave on 16 criteria.

Chicagoland Christians haven’t been exiled to a foreign place as the Jews were in 586 BC when King Nebuchadnezzar II conquered Judah and forced them to leave Jerusalem and go to Babylon. But in some ways over the last few decades it seems like a form of “Babylonian culture” has increasingly been coming to our country’s largest cities, including Chicago.

And it feels like we are living like “exiles” in our own city. What are we to do? We must do something or we won’t see a reversal in this disturbing trend!

Perhaps the words of Jeremiah that were written to those who were exiled to Babylon have some application for us today as we find ourselves “culturally transported” into a new Babylonian experience: “Seek the peace and prosperity of the city to which I have carried you into exile. Pray to the LORD for it, because if it prospers, you too will prosper” (Jer. 29:7).

What does it look like for church leaders in Chicagoland and other large cities to actually seek the peace and prosperity of the city?

I think there are three important things pastors can do to lead their congregations during this post-Christian era.

First, follow the advice of Jeremiah and pray for your city. Make it a priority in your church to engage in regular prayer activity, seeking the peace and prosperity of your local community and your larger metropolitan area.

Second, unite with other churches to pray and serve together for the peace and prosperity of your city. There are several great prayer organizations forming throughout our country that are uniting our cities in prayer. One example is Chicagoland United in Prayer. Find out who they are in your city and how you can get involved.

Third and finally, find ways to give your church an outward focus—to engage the growing percentage of people in your city who are post-Christian and unlikely to attend a worship service on Sundays.

Right now, churches in Chicagoland have an unprecedented opportunity to be part of a citywide gospel initiative that has the potential to impact hundreds of thousands of people who are not coming to church. It’s called Explore God Chicago.

The goal of this initiative is to unite more than 1,000 churches in preaching a 7 Big Questions sermon series in January and February, 2019, and in simultaneously launching thousands of Explore God discussion groups in local communities all over Chicagoland.

Jesus prays for us—his followers—in John 17:23 when he says, “May they experience such perfect unity that the world will know that you sent me and that you love them as much as you love me.”

It is a great witness to our hurting cities when we as followers of Jesus unite in prayer and gospel sharing initiatives—seeking to transform the city to be ever more prosperous, healthy and full of peace through him. That is my hope and prayer for Chicagoland!

Mary Schaller (@MarySchaller1) is the co-chair of the Explore God Chicago citywide initiative happening in Chicago in January and February, 2019. She’s the former president of Q Place. After 22 years as an entrepreneurial marketer and a founder of three technology-related business ventures in Silicon Valley and the Boston high-tech corridor, Mary turned her attention to ministry in 1999, as a minister of small groups at Menlo Park Presbyterian Church in the San Francisco Bay area. She has an M. Div. from Fuller Theological Seminary and is the author of How to Start a Q Place and the coauthor of The 9 Arts of Spiritual Conversations.