Christians must reach out to their Muslims neighbors and together prevent extremist abuse and violence.
Shirin Taber and Rickie Farnes 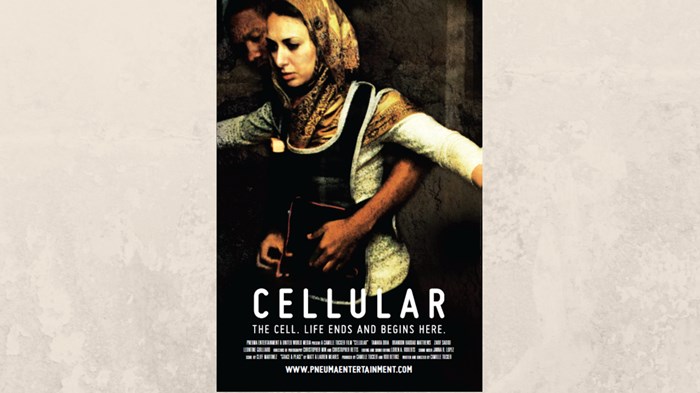 While there is growing interest in the #METOO and #TIMESUP movements, and rightly so, we must not forget the women who are subjected to religious-based violence every day of their lives. Gender equality is not only defined by glass ceilings, pay raises, and workplace sexual harassment. No, there are millions of women subjugated to violent extremism all over the globe.

The women’s empowerment movement, including women of faith, must reach out to the toughest regions of the world with their message of freedom of belief and the sanctity of life.

In the last year a record-high 137 women carried out bombings in which 4,310 people were killed. In May 2018, a band of young sisters acted on their plan to bomb various locations throughout London after their fiancés died fighting for ISIL in Syria. Earlier in the month, a family of suicide bombers attacked three churches in Surabaya, Indonesia, killing at least 13 and seriously wounding a dozen more.

I recently had the chance to collaborate with Camille Tucker, Director of the CELLULAR short film, which chronicles the journey of a young Arab woman in Los Angeles ensnared in a local terrorist plot.

After receiving startling news, she begins her unexpected journey away from radicalism. I got excited about this project because Muslim and Christians partnered together to film the film, aiming to promote peace and security (Article 1325). To me, the counter-extremism film has an important sanctity of life theme that makes a case for why we must mobilize women for peace in the modern age.

Rather than being just mothers to future jihadists, women around the world are now radicalized and used as propagandists for ISIL. Women terrorists increase numbers, garner media attention, and act as exceptional stealth agents. Coerced into committing acts of terror, many women are told they will be brave heroes, protecting their people, redeeming their families, following God’s will, and transporting themselves to a better place.

In her recent speech to the United Nations, actress Anne Hathaway said, “I remember the indescribable – and as I understand it universal – experience of holding my week-old son and feeling my priorities change on a cellular level.” Women are a source of life, often the first responders during times of crisis, and the film Cellular highlights this influence women have within themselves to promote the common good.

According to the newly-released United Nations Plan of Action for Religious Leaders and Actors, a comprehensive approach is necessary to prevent and counter violent extremism and gender-based violence. Through the strengthening of education, media collaboration, engagement with partners, and interfaith dialogue, faith leaders can take the lead in building peaceful and just societies.

As part of the Plan of Action mandate, the organization I lead, Middle East Women’s Leadership Network (MEWLN), has developed a media strategy that challenges women to be peace-promoting citizens. MEWLN uses short films such as Cellular to help empower women to counter violent extremism. Our organization also holds Women for Peace workshops to train faith leaders and connect with NGOs, peace actors, and media producers in North Africa, Europe, and the United States.

So what?
If we truly want peace and security for ourselves and future generations, Christians must reach out to their Muslims neighbors and together prevent extremist abuse and violence. We must build bridges of understanding, reaching out to those who are vulnerable to radicalization. We must not tolerate hate speech and fear mongering.

Now more than ever, it’s essential for women and men to actively participate in peacebuilding efforts, educate their children to say no to religious based conflicts, build friendships, and encourage one another to obey the Golden Rule: To love God and love others as we love ourselves.