On African Children, Pentecost, and the Holy Spirit’s Indwelling

The heart of this community and its message is their emphasis on the person, gifting, and anointing of the Holy Spirit.
Brian C Stiller 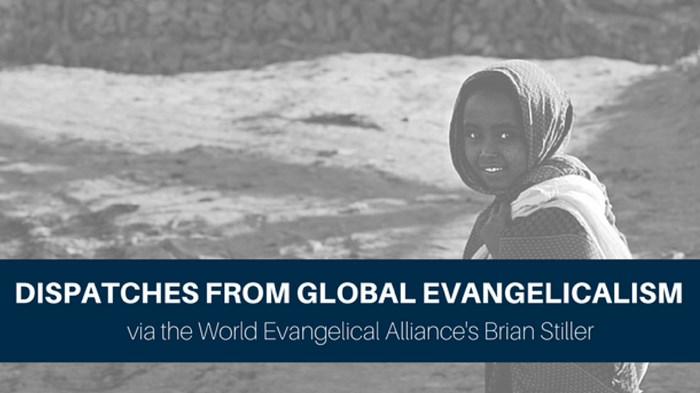 There is nothing like a children’s choir to warm the heart. It was the day before Pentecost Sunday and the last day of a conference of African Pentecostals and Charismatics. A choir of South African children, bodies moving in rhythm to a Zulu tune, reminded us of the remarkable stories of unforeseen growth in the church of Africa.

People had come from across the continent to the Word and Life Church in Johannesburg, called together by the global movement Empower 21, a fellowship linking Charismatic churches, old-time Pentecostals, and Charismatic Catholics. Within this past century this global community, estimated to be around a half billion, is changing the face of the Christian witness and presence.

How did this come about?

The heart of this community and its message is their emphasis on the person, gifting, and anointing of the Holy Spirit. But why is this different from earlier centuries? The church has always believed in the Holy Spirit as a member of the Trinity. However, for centuries, within Christian teaching and practices, the Holy Spirit seemed overshadowed by the Father and Son.

Theologian Emil Brunner sardonically noted, “The Holy Spirit has always been more or less the stepchild of theology and the dynamism of the Spirit a bugbear for theologians.”

While the Spirit was included in church creeds, the primary concern in theological debates was the divinity and humanity of Jesus. Occasionally, an outburst of interest and expression highlighted Spirit- empowerment, but those moments weren’t sustained. This church-altering movement began in the early 1900s with spontaneous outbreaks of Spirit-led activity in Africa, Australia, the UK, and Korea, precursors to the Azusa Street outflow in 1906.

However, from these in short time came a global mobilizing enterprise.

In the early years Pentecostals were looked down on and questioned by their Evangelical cousins. With their unabashed enthusiasm and a proclivity to hyperbole, Pentecostals were viewed as curious by some and frightening by others. Within the Evangelical Protestant world, there came a deep division, with Pentecostals often being accused of heresy and biblical distortion.

This divide, first in western countries, spilled into the Global South as missions reflected home-grown views. The Christians weren’t divided on essential evangelical doctrine, but there was a sharp disagreement on whether or not some of the gifts of the Spirit were of the past and therefore tongues-speaking was not needed or desired. Cessationsts (they taught that many of the gifts such as “tongues” had ceased) asserted that some gifts were discontinued at the end of the apostolic age.

The church in North America went through an upheaval following WWII as young people upset its doctrinal predictability. Mission agencies of all kinds became new voices – InterVarsity, the Navigators, Youth for Christ, Young Life, and Campus Crusade, to name a few – bringing young people together in new kinds of missions and understandings. This generated inter-church activity, mixing those from Pentecostal and non-Pentecostal communities, breaking down walls. Into that mix came missionaries returning home and giving accounts of healings, deliverance from demonic oppression and miracles, this often to churches that assumed such manifestations had ceased. Deeply divided churches were about to discover what they had in common.

The Spirit created a bridge

On Easter, April 3 of 1960, Father Dennis Bennett at St. Mark's Episcopal parish in Van Nuys, California, reported to his congregation that he had received the fullness of the Spirit and had “spoken in tongues.” Forced to leave that parish, he was assigned to the fledgling St. Luke's Episcopal Church in Seattle, Washington, from which the Charismatic movement grew.

His now-famous book, Nine O’clock in the Morning, telegraphed his story and message of Spirit empowerment to the world, jumping into mainline denominations, resulting in many seeking the experience and consequently joining or forming new churches and movements.

In time this new “Charismatic” movement affirmed that gifts were still operative, while confirming traditional teaching that the Spirit indwelled the believer at conversion. Their teaching affirmed speaking in tongues as biblical but said it wasn’t essential to being “filled with the Spirit,” nor was it to be seen as synonymous with the “Baptism of the Spirit.”

With this bridging of the old divide, new doors opened. One’s denominational tradition – Protestant, Roman Catholic, Orthodox, Reformed or Holiness, conservative or liberal – mattered not. This wave of Spirit-interest immersed people in a new kind of joy and enthusiasm for life and worship. Contemporary worship had the effect of wiping out differences.

The mixing and blending of fundamental assumptions, worship forms, exercising of faith, and believing in God’s renewing of the church was catalytic in bringing about broader changes in often troubled traditions.

This radical and transformative change in church life, because of an outbreak of Spirit-understanding, offers new and vigorous experiences of the Holy Spirit, profoundly changing the entire church. Its major consequence is growth, expansion and new visions for ministry. Critical to its influence is a theology that one is ‘lived-in’ by the Spirit.

Charismatics took literally this revolutionary understanding, and created a new global movement pressing the church beyond its sporadic approaches to the Spirit. Holy ground now is where believers are, for here God indwells, and they are emboldened by the knowledge that the God of the universe is present, has preceded them, is among and within them.

Embedded in two and one-half billion Christians are varieties, shaped by layers of experience, differing takes on the biblical text, language and culture. Cutting through those layers, the Spirit-consciousness of the past century has triggered eruptions of people movements where hearts are aligned with an active and persuasive faith that takes biblical promises as literal extensions of God’s work among his people.

Yet one cannot travel about Africa, Latin America, and Asia without being aware of anomalies existing out on the edge of revivals and reforming movements. However, for today, see the larger picture of this resilient and forceful work, shaping tens upon tens of millions of Christians.

A large African children’s choir tells it best: young powerful voices, bodies swaying in unison, faces joyous with song, singing a sweet melody of faith to a world in anguish. “Pentecost” means “50” days after resurrection. That Saturday in Johannesburg was just the 49th day after Easter. But those children made it seem like the 50th!

Join the conversation on Facebook
Tags:
None
Posted:
June 30, 2018

On African Children, Pentecost, and the Holy Spirit’s Indwelling

expand
On African Children, Pentecost, and the Holy Spirit’s Indwelling