Stopping Government Overreach: SCOTUS Rules Against California and for the Free Speech of Pro-Life Alternatives

One of the central rights of the constitution is freedom of expression, particularly as it relates to religion.
Ed Stetzer 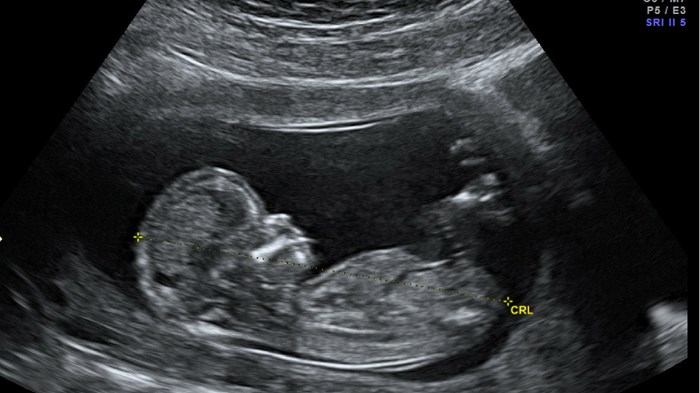 Today the Supreme Court ruled in favor of the National Institute of Family and Life Advocates (NIFLA) in a case likely to have significant impact in debates on abortion and free speech. The Court agreed with NIFLA that a California law requiring license pro-life pregnancy centers post information on where women can obtain low-cost abortion services violated the First Amendment rights of those operating the centers. Such a case seems so obvious it is almost surprising that this case had to go to the Supreme Court. Indeed, foreshadowing of today’s ruling, the majority of the Justices expressed their skepticism of the law during oral arguments in March.

So what makes this case so important? Why should Christians care about what pro-life pregnancy centers in California are or are not required to say? A little background might be helpful.

The Freedom to Dissent

Since 1993, NIFLA has supported pro-life centers and medical clinics across the United States. This ranges from education and training to what they are most widely known for – offering legal counsel and defending pro-life centers from becoming abortion referral agencies. These centers provide pregnant women with free or low-cost services while encouraging them to not have abortions.

The current conflict began in October 2015, when the state of California passed the Reproductive FACT Act. This law requires every crisis pregnancy center to provide notifications that their clients could receive “prenatal care and abortion for eligible women” at state and other facilities. In essence, pro-life pregnancy centers need to notify anyone they counsel where they can receive an abortion.

In order to enforce the law, the Reproductive FACT Act empowers state prosecutors to bring charges against any “covered facilities that fail to comply with these requirements.” For pro-life pregnancy centers, the choice was now between either violating their conscience or risking prosecution.

Believing the law violated both their freedom of expression and religion, several pregnancy centers sued the state of California. Despite initially losing in the Ninth Circuit, the centers appealed to the Supreme Court.

Those who defend the law charge that pro-life counselling centers frequently mislead women about their medical qualifications and options. The National Women’s Law Center argues that these centers “use deceptive practices to lure women who have decided to have an abortion into their centers.” In the opinion of pro-choice advocates, these centers trick women into not having abortions either by not telling them about abortions or by not disclosing that they are counselors and not medical professionals.

One of the politicians behind the law, state representative Autumn Burke, recounted to NPR that her attention was drawn to the issue because of false information she received from an encounter with pro-choice protestors. Burke went on to suggest that the law was not as invasive as its critics suggest, countering that notifications were analogous to “Wash Your Hands” signs in bathrooms by the health department.

Unsurprisingly, opponents of the FACT Act found these criticisms hollow. For many, Representative Burke’s equating the moral importance of pro-life values to washing hands and similar attempts to downplay the significance of the law as violation of conscience signal a severe disconnect with the gravity of pro-life objections.

More importantly, pro-life centers clearly represent themselves as alternatives to abortion. Their purpose was to offer alternatives to something they found morally wrong. To force them to endorse, aid, or enable that choice whether explicitly or implicitly was a violation of not only their conscience but their entire organizational mission.

Thus, while the case revolves around the issue of abortion, the central legal consideration is how far First Amendment rights to free speech supersedes laws.

In a 5 to 4 ruling, the Supreme Court validated the convictions of the pregnancy centers that the law infringed upon their freedom of speech and religion.

Writing the majority opinion, Justice Thomas focused on the state’s case that these counselors were medical professionals and therefore the state had a right to regulate what they must say. Thomas argued that if a state were able to restrict “professional speech,” they had broad and ill-defined powers to impose ideological beliefs upon professions where legitimate disagreement exists within the discipline. Thomas writes,

All that is required to make something a “profession,” according to these courts, is that it involves personalized services and requires a professional license from the State. But that gives the States unfettered power to reduce a group’s First Amendment rights by simply imposing a licensing requirement. States cannot choose the protection that speech receives under the First Amendment, as that would give them a powerful tool to impose “invidious discrimination of disfavored subjects.”

In such cases, Thomas wrote that “the people lose when the government is the one deciding which ideas should prevail.”

Yet perhaps the most important comments came in Justice Kennedy’s concurring opinion. Kennedy did not mince words in writing that the law was “a paradigmatic example of the serious threat presented when government seeks to impose its own message in the place of individual speech, thought, and expression.” Kennedy took exception to California celebrating the law as part of its legacy of “forward thinking.” In response, Kennedy wrote,

It is not forward thinking to force individuals to “be an instrument for fostering public adherence to an ideological point of view [they] fin[d] unacceptable.” It is forward thinking to begin by reading the First Amendment as ratified in 1791; to understand the history of authoritarian government as the Founders then knew it; to confirm that history since then shows how relentless authoritarian regimes are in their attempts to stifle free speech; and to carry those lessons onward as we seek to preserve and teach the necessity of freedom of speech for the generations to come. Governments must not be allowed to force persons to express a message contrary to their deepest convictions. Freedom of speech secures freedom of thought and belief. This law imperils those liberties.

Coming from one of the more moderate voices on the Court, Kennedy’s stinging rebuke to California and reinforced the central rationale behind the ruling. The state of California was seeking to compel organizations that exist primarily for the purpose of providing abortion alternatives, to be required to indicate how women could access abortion services. It’s basically requiring someone against something to promote that very thing.

That the Supreme Court ruled the FACT Act unconstitutional is significant because it reinforced the fact that Christians and other people of faith should not be forced to participate in or promote activity that is in violation of their religious beliefs. That one of the central rights of the constitution is freedom of expression, particularly as it relates to religion.

California has a history of overstepping on religious liberty issues, and this is yet another example. In this respect, it is important to note that access to abortion and abortion clinics is not difficult to find in California. The purpose of the law specifically targeted crisis pregnancy centers, undermining their reason to exist. I am thankful that the Supreme Court has ruled in favor of the National Institute of Family and Life Advocates.

This article will be updated throughout the day.

Stopping Government Overreach: SCOTUS Rules Against California and for the Free Speech of Pro-Life Alternatives