Does the biblical resurrection account leave us with as little evidence as some assume?
Ed Stetzer and Gabriella Siefert 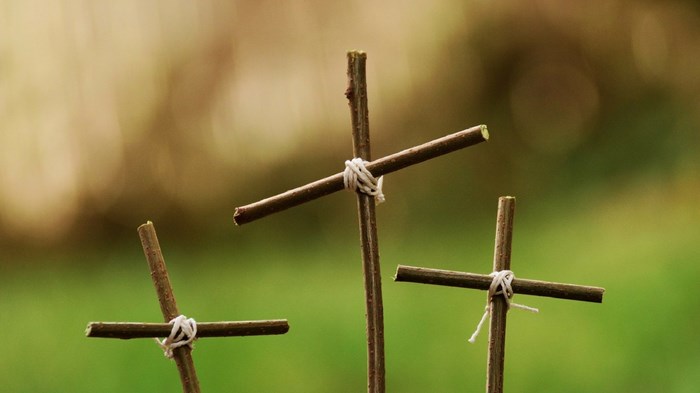 Today is Easter and we celebrate the good news that Christ is risen; he is risen indeed!

We rise—some of us much too early—to scenes of Easter baskets, jelly beans, and all things pastel. Our children climb out of bed with excitement ready to embark on a day filled with candy consumption; candy, many of them believe, that came from the Easter bunny.

Each Easter, many of us make the distinction in our own minds between the fake bunny story and the real Jesus story without much trouble. But for others, this conclusion is not as simple. Many often conflate the holiday ‘myths’ together, asserting that the likelihood of a man being crucified, buried, and resurrected is about as probable as a giant bunny rabbit bringing candy to all the world’s children.

But is this really the case? Does the biblical resurrection account leave us with as little evidence as some assume?

Scripture discusses in great detail the importance of walking by faith and not by sight; sometimes, God calls us to trust in intangible realities we can’t possibly come to see or understand this side of heaven. That being said, God has never once asked his followers to walk through life completely blind.

The evidence in support of the crucifixion, the empty tomb, and the resurrection is stronger than many think. That does not replace the need for faith, but instead shows those of us struggling with doubt that trusting in God’s saving work on the cross doesn’t first require checking our brains at the door.

We can ask tough, probing questions, knowing full well that there are answers built on eyewitness testimony, extra-biblical ancient writings, and archaeological evidence there to support our inquiries.

Some have tried to explain away the resurrection by claiming that Jesus wasn’t ever killed on the cross but merely seemed dead; he didn’t come back to life but recuperated from his injuries and later reappeared to the disciples.

But there are many problems with these assertions.

The first is that Pilate didn’t want Jesus injured; he wanted him dead. Despite his initial reluctance to execute this man who claimed to be God, Pontius Pilate was an employee of the Roman emperor. His job as the prefect of Judea was simple: collect taxes and keep the peace. Jesus was disrupting the peace—unless Pilate wanted the Emperor Tiberius banging down his palace doors, Jesus had to go.

Given this, we reach another important piece of evidence: Roman soldiers were professional killers. They knew how to cause pain and take lives; crucifixion was their preferred method of choice. To believe that they somehow let a condemned man—particularly this very controversial, high profile condemned man—slip through their expert fingers in the execution process seems nearly impossible.

In the Journal of the American Medical Association, medical experts analyized the crucifiction and concluded, “Modern medical interpretation of the historical evidence indicates that Jesus was dead when taken down from the cross.” Any contradicting assumptions “appear to be at odds with modern medical knowledge.”

Was the tomb really empty?

Jesus’ burial by Joseph of Arimathea is attested to in all four Gospel accounts. As the late John A. T. Robinson of Cambridge University attests, the burial of Jesus in the tomb is “one of the earliest and best-attested facts about Jesus.”

Some have argued, though, that the empty tomb on Easter morning was a fabrication; the disciples simply stole Christ’s body and fake his miraculous escape from the grave.

Also in all four Gospel accounts is the discovery of the empty tomb by some unlikely figures: women.

According to first-century Jewish historian Josephus, the testimony of women was seldom given much weight; they weren’t given permission even to testify as witnesses in Jewish courts. If the disciples were trying to add credibility to this grave robbery hoax, why would they write women into the story? If anything, their service as witnesses to the empty tomb would inevitably hurt the tale’s believability.

That aside, the archaeological evidence is also essential. The Nazareth Inscription, a stone tablet containing a Roman edict by Emperor Claudius (AD 41-54), specifically commanded citizens to not disturb graves and tombs. Those who moved or destroyed already buried bodies would be sentenced to death.

This decree, which was likely written and dispersed just years after Christ’s crucifixion, may be connected to this Roman ruler’s likely frustration with one world-changing body disappearance: that of Jesus of Nazareth.

Did Jesus really rise from the dead?

For starters, Jesus told his disciples early on about his coming death and resurrection; they knew he would be three days in the tomb and later rise again.

But, as expected, the disciples didn’t quite get it.

After the women saw the resurrected Jesus, they ran and told the others who didn’t believe the account; the women’s words “seemed to them like nonsense” (Luke 24:11).

But interestingly enough, after meeting with their risen Savior face to face, touching the wound holes, and seeing the scars, the disciples became all in. They followed the Great Commission and risked both life and limb to bring the good news of the gospel both far and wide. These men were so convinced by what they saw that suffering persecution, and in some cases even death, was worth it in service of their resurrected leader.

More broadly, we know from scripture that Jesus didn’t just appear to the 11 disciples. He also appeared to 500 other followers at one point, and these were followers who also likely experienced similar forms of persecution as punishment for their faith.

We must ask ourselves a simple question: Who would die for a lie?

Many seek explanations beyond this. Some have explained that Jesus became a legend, and people died for legends. But, his disciples were up close—and, truthfully, the notion of so many dedicating their lives to the spreading of a false gospel simply doesn’t add up.

He meets us in our doubts

We serve a God who isn’t afraid of our difficult questions and intellectual wanderings.

As we know, the Apostle Thomas—or rather, ‘Doubting Thomas’ as many call him—struggled to accept the notion of a risen Christ. When the disciples came to tell him the good news, he said to them, “Unless I see the nail marks in his hands and put my finger where the nails were, and put my hand into his side, I will not believe” (John 20:25).

Like Thomas, many of us are eager to see Christ’s wounds and scars with our very own eyes. We’re frustrated to think we weren’t among those who got to see him after the resurrection and before his ascension; maybe then, believing wouldn’t be so hard.

But perhaps we need to take our eyes off what we can’t see and focus on what we can; namely, the evidence in scripture, historical records, and archaeological finds that all point us to an empty cross and empty tomb.

This Easter, we celebrate a real resurrection—one that can be tasted and seen just as it was by Christ’s first followers thousands of years ago.

Gabriella Siefert is a junior at Wheaton College and an editorial assistant for The Exchange.

Join the conversation on Facebook
Tags:
None
Posted:
April 1, 2018