Do Christians need a term or label to identify ourselves?
Brian Stiller 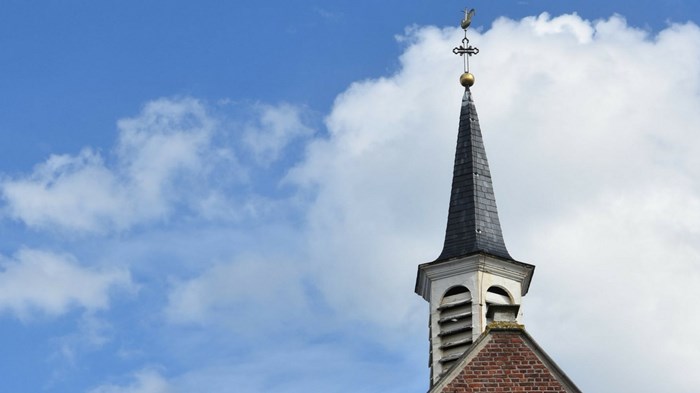 A friend wrote, “I no longer call myself an Evangelical.”

He is thoughtful and well informed, but now I suspect he is feeling a bit embarrassed as he has chosen to avoid a term used globally by hundreds of millions of Christians.

For many within shouting distance of U.S. media circles and party politics, the world has become a banner of disrepute. Evangelical is now a word disfigured by political pundits, muddied by protestors from the left and right, and brought into dishonor by self-proclaimed spokespeople who excuse inappropriate behavior and language as the necessary price for political power.

The center has shifted, and many Evangelicals now wonder where they fit.

I come to this subject as a Canadian not caught in the political wars of our great neighbor to the south, and with no need to offer opinions on their issues. I am also part of a world association which came into existence in 1846 and is today a global body that numbers some 600 million Christians.

Obviously, I have reason to be concerned over the use of the term Evangelical and its meaning to the world. This is a deeply emotional issue, and not just for Americans.

There are three centers around which this conversation revolves.

First, there is a community of those who self-describe as Evangelical and who support American conservative politics, leadership, and policies. Second, there are self-described Evangelicals who abhor a particular type of politics and populism, currently exemplified by the U.S. President Trump, and his language, life, and social policies. Third, there are those who, like my friend, continue to believe the essential theological affirmations of Evangelicals, but whose commitment to its related mission has led them to forgo using the word and exempt themselves from any associated identity.

Does it matter? Is it best (like the ‘red letter Christians’ or ‘followers of the Way’) to drop it altogether and find another term or label? Wouldn’t just being called Christian or a follower of Jesus work?

To enable a helpful discussion, consider these items to frame our conversation.*

While the recent sharp reaction to the use of the label has come about in the U.S. (in part because of divisions following the 2016 Presidential election), a decision on what name best suits us globally is not a choice we can leave for Americans to decide.

The U.S. does not set the agenda for the world, and we should not assume that what matters to them will define what matters globally. As influential as they are, and recognizing that American concerns do affect the world, the real place of Evangelical growth is in the global south (Asia, Africa, and Latin America).

Here is where there has been an explosive growth of Christians. For example, in 1900 in Latin America, there were just 50,000 Evangelicals. Today in that region, there are a 100 million. Any conversation on this issue needs to take into account how the term is understood by Christian colleagues in other parts of the world.

At the same time, I would warn that we should beware of a liberal backlash just as much as we need to beware of a conservative ‘export of the American gospel.’ Both sides end up trying to silence the voices of the majority world, and the indigenous hearts and minds who interpret the gospel within their worlds.

It is a definer.

There has developed over the centuries a number of identifiable labels which are helpful in denoting the core beliefs and organizations of major Christian traditions: Roman Catholics, Eastern Orthodox, or Mainline Protestants, for instance.

The term Evangelical is another helpful identifier for a major, self-conscious stream of Protestantism, which has spread around the world since the 1730s. (Pentecostals are usually located in the Evangelical family.)

Roman Catholics comprise 1.2 billion. Eastern Orthodox and Mainline Protestants organized around the World Council of Churches are 500 million. Evangelicals make up 600 million. If you pastor a church up the Nile and are accused of being a cult (an accusation which has dire consequences in settings with dominant public religious majorities), identifying with a global body of Christians known by a suitable title – like Evangelical – is of great value.

Such identifiers are not separators; they are invitations to dialogue, not to exclude or do violence.

The New Testament word evangel comes from the Greek eυαγγέλιο, denoting all that pertains to announcing the good news. That good news is none other than Jesus of Nazareth—not merely information about him, but Jesus himself.

Located in the life and witness of Jesus, the richness of early church references to the evangel provides as clear a word as one can find to describe both the nature of the news—it is ‘good’—and the embodient of the news—it is Jesus. Mark launches his Gospel with “The kingdom of God has come near. Repent and believe the good news” (1:5).

The verb euangelizō was used in the Greek translation of the Old Testament, the Septuagint; in Isaiah 52:7 the prophet announced good news to Jews who were in exile.

Martin Luther, who 500 years ago set loose a reforming of the dominant European church, chose this word–evangelischel– to distinguish his movement from the church headquartered in Rome.

In time, it became a term synonymous with Lutheranism itself. William Wilberforce, who pressed the British commonwealth to outlaw slave trading, brought the term into English usage in the early 1800s, from the associations of friendship formed from evangelical Protestants who, by then, were moving all over the world.

In time, it became associated with Protestants who pressed society to consider human value within a biblical framework. During the early 1900s, as much of mainline Protestantism moved to a more liberal theology, the division within the larger Protestant community led to debates over fundamentalism and modernism. Eventually (in the post-War period), it led to the term Evangelical describing those who were not inwardly turned as sectarians, but who saw the Bible as trustworthy, and Jesus as the Christ of God, resulting in a move outward, into the world.

The storm we are in is not just about a president or a self-enclosed liberal discourse which resonates with the outrageous claims of the new Atheism. It arises from a controversy that has been brewing for some time.

The U.S. Evangelical community has been fractured by harsh debates and contrarian views caught up in matters of culture, the ongoing issue of race, debates over American exceptionalism, and concerns over political power. The suburban and rural radical Right sought to tap into a broader sense of populist cultural dispossession, and was convinced that to put in place conservative courts, they needed a leader who would insure its membership.

Those in the urbanized radical left have held their ground, and used their cultural power to further inflame the debate. For each side, the others have been repainted as fascists or bolshevists revisited.

Even so, this is a skirmish located largely in one country. It is not the world, despite the influence that American media wields in framing globally connected public debates far from their core constituencies. As fierce as it is, the fury of this storm will pass, admittedly leaving stories of destruction in its wake. To impose this first world debate on hundreds of millions of Christians worldwide would be worse than a mistake; it would be a new form of first-world intellectual colonialism.

Do we even need a term or label to identify ourselves? Jesus, after all, knows his own. Are we not best to keep our heads down and avoid using the term in certain moments and situations?

Yes, I think there are times when that is prudent. Do we look for another—one that has biblical certitude and Christ-honoring resonance?

I’m open to suggestions. The problem of terms, of course, is that they all arise in cultural moments. In a world where the very word Christian is a cause for some to turn up their noses, are we not as likely to choose another label, which in a few years will just be as polarizing? Growing up in Pentecostalism, a group which has often been marginalized, I never felt that it was a matter of concern among our people to find another name for our church.

What we are experiencing today will not forever define the term to the world. The North American community will move from being seen as controlled by white Evangelicals into a wider and more Christ-honoring witness.

Then, as Christians migrate into North America, they will bring with them biblical faith. Current battles among American minorities will not be the base on which future witness will depend. Older, white Evangelicals will become less a factor of what defines the Evangelical faith as younger generations take over and as migrants change America’s complexion and makeup.

The wind of this current controversy will in time lose its fury. Leaders from all sorts of churches, universities, agencies, and movements will step up and assert their views. Resilient voices will counter today’s negativity that so clouds debates and rules choices.

For myself, I’m sticking with the term. Its biblical message still resonates. Its historical influence reminds me of Christ, the good news. Its theological emphasis grounds me when all else in my culture is shifting sand. Its message of transformation empowers me in thought and deed. Its prophetic call to be “salt” and “light” reminds me of Christ’s call to love my neighbor.

And for my friends around the world, it helps them in their identity and witness. The really great news is the evangel, a faithful reminder that Jesus is ever present, himself the good news.

* A helpful way to understand Evangelical is to follow David Bebbington’s definition with one addition: 1) the Scriptures as our ultimate authority; 2) the crucifixion as our only means for atonement of sin; 3) the importance of personal conversion; 4) activism – being a witness of Christ to our neighbors and society; 5) trusting in the empowering work of the Holy Spirit.

Join the conversation on Facebook
Tags:
None
Posted:
March 31, 2018