The stigma that was often attached to pursuing mental wellness is slowly going away—and Americans are increasingly taking charge of their mental health because of it.
Matt Zajechowski 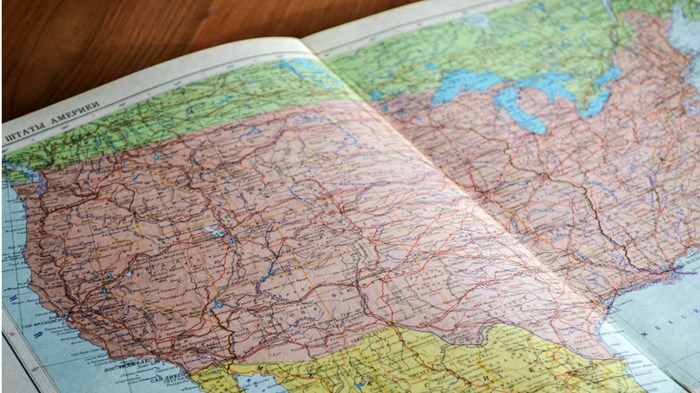 According to a poll by the American Psychological Association, nearly half of American households have someone who has sought out mental health care. The stigma that was often attached to pursuing mental wellness is slowly going away—and Americans are increasingly taking charge of their mental health because of it.

One such way to take charge of your mental wellness is to regularly visit a licensed counselor, who can help you improve your quality of life and learn how to deal with symptoms of anxiety, depression, or better your relationships with your spouse or your children.

To learn more about the specific types of counseling Americans are seeking out, MidAmerica Nazarene University recently performed a study where they looked at and analyzed Google search data—and the results are surprising.

The researchers at MidAmerica Nazarene University combed through the most commonly Googled types of counseling (as compared to national search averages on Google) and created a map based on their findings.

Four states—Oklahoma, Kansas, Missouri, and Kentucky—search the most for money counseling. And just five states in the country—Washington, Arizona, Iowa, Massachusetts, and New Jersey—most commonly seek out counseling for alcohol (even though it’s one of the most commonly searched for types of counseling).

Patterns We Can See from the Data

The researchers who made this counseling data map from analyzing Google data discovered some pretty fascinating patterns when they broke the data down by state. Let’s take a look at some of the patterns we can discern just by looking at the map.

Most Common Type of Counseling Searched for in the Northwest

Most Common Type of Counseling Searched for in the Southeast

Most Common Type of Counseling Searched for in the Midwest

The Midwest was a bit more varied than other regions in the country in terms of what types of counseling they commonly seek out. Michigan and Ohio were mostly searching for marriage counseling, and Indiana and Minnesota searched for depression counseling. In Illinois and Wisconsin, the majority of counseling searches were for anxiety, and in Iowa they most commonly seek help for alcohol.

Most Common Type of Counseling Searched for in the Plains

In the middle of the country, it’s clear that money is on the mind— Oklahoma, Kansas, Missouri, and Kentucky were most commonly searching for counseling that helped with money matters.

Most Common Type of Counseling Searched for on the East Coast

Just like the Midwest, the East coast had less of a regional trend when it came to their counseling Google searches. The most northern states of the U.S.—Maine, New Hampshire, and Vermont—were mostly searching for trauma counseling (as well as Delaware, Rhode Island, and Connecticut). However, in Massachusetts, people were most likely to search for alcohol counseling, and Pennsylvanians and New Yorkers were seeking out help for compulsion.

Which States Were the Top Per Type of Counseling?

One of the last things that the researchers at MidAmerica Nazarene University found when pulling Google data was which states were the top per type of counseling. In the category of substance issues, Massachusetts had the most searches out of every state for alcohol counseling, and Florida had the most for drug counseling.

Whether it’s depression, marital issues, anxiety, or something else, counseling is becoming more common across the United States.

But just as people attribute different characteristics and traits to different parts of the country, this research shows that different regions of the country are prone to different problems. In the American Northwest, trauma is a prevalent issue that people seek professional help for handling, and in the high-paced state of New York, compulsion is moving more people towards therapy.

So while each individual counseling experience may be unique, regional trends in counseling needs may indicate a deeper-rooted, regional influence on the types of issues surfacing.

Ed Stetzer will be speaking at the national conference of the American Association of Christian Counselors this September.

Join the conversation on Facebook
Tags:
Mental Health
Posted:
May 17, 2018

Counseling Across America: Regional Snapshots of ...