The key is not the total suspension of confidence or even certainty, but rather the judicious placement of confidence and trust.
Michael Hakmin Lee 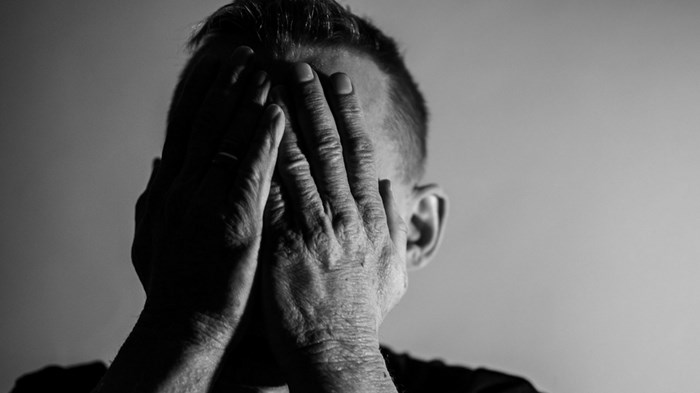 Unfortunately, while evangelicals are understandably and justifiably preoccupied with bringing people through the front door of the church, too many seem relatively inattentive and uninformed as to HOW and WHY people are leaving though the back door.

In the past few decades, increased religious mobility, which includes leaving and switching, has been a notable trend in the shifting U.S. religious landscape (e.g., the rise of the religious nones).

This is in part what led me to undertake a research project that would understand leave-taking—the journey from evangelical minister and missionary (specifically those who a had formal theological and ministerial training and served in vocational ministry for at least two years) to the complete abandonment of the Christian faith, including any belief in the supernatural.

This research project, which included 31 in-depth interviews with such deconverts, was guided by the following questions:

Most people and groups I have spoken to about this project seem interested in the reasons given for leaving and the process of leaving. I may talk about them in a follow-up post if there is enough interest (let us know!), but in this post I want to jump straight to implications for the evangelical community—namely, the importance of recovering a “proper confidence” and the proper place of doubt within a growing faith.

Evangelicalism, especially its more conservative or fundamentalist incarnations, commonly fosters a rigidly constructed faith, with multiple layers of what we consider essential beliefs and values. On the one hand, certitude can be comforting and reassuring in a world filled with chaos and uncertainty. However, the danger of holding something to be essential to one’s faith is that when that essential belief is called into question, the whole edifice, not just that belief, begins to destabilize. And while there is nothing inherently wrong with confidence or certainty in one’s beliefs and convictions, there is potential harm when evangelical communities and leaders place an unwarranted level of confidence in their theological constructs and impose their certitude on others.

Many participants spoke of an environment that encourages the suppression of doubts and discourages the multiplicity of understandings. Christian traditions that celebrate and normalize certitude, orthodox beliefs, and unwavering faith tend to be inhospitable places for those struggling to make sense of how to negotiate dissenting questions and doubt.

As some of the participants commented, after moving on from what was once considered essential (e.g. young earth creationism), they were left wondering what else they were wrong about. Such a tightly wound outlook, Lesslie Newbigin suggests, lacks a “proper confidence” that avoids the excesses of confidence based on Cartesian, Enlightenment rationalism on the one hand and the radical skepticism of postmodern nihilism on the other.

The reality of intra-Christian theological disagreements has led some to conclude that there is something inherently wrong with the Christian faith itself. On the other hand, I do not think the solution is to downplay the place of confidence or even certainty in faith. While I believe there is commonly within evangelicalism an undercurrent of misplaced optimism in our ability to objectively understand truth in an unfiltered way which needs to be challenged, more than the pursuit of certainty itself, it is what we choose to place our confidence in that is the issue. Let me share a few examples:

We should reject the ‘all-or-nothing’ mentality with regard to our understanding of faith, which in addition to erroneous epistemological assumptions, has to do with a common misunderstanding among evangelicals about the place of doubts in the life of believers (hence their haste in silencing questions and quelling doubts).

Os Guinness’s In Two Minds is one of the most helpful books I have read on the subject of doubt. Here, Guinness explains the difference between doubt and unbelief:

Doubt is not the opposite of faith, nor is it the same as unbelief. Doubt is a state of mind in suspension between faith and unbelief so that it is neither of them wholly and it is each only partly. This distinction is absolutely vital because it uncovers and deals with the first major misconception of doubt—the idea that in doubting a believer is betraying faith and surrendering to unbelief. No misunderstanding causes more anxiety and brings such bondage to sensitive people in doubt…. The word unbelief is usually used of a willful refusal to believe or a deliberate decision to disobey. So, while doubt is a state of suspension between faith and unbelief, unbelief is a state of mind which is closed against God, an attitude of heart which disobeys God as much as it disbelieves the truth…. Doubt is not the opposite of faith, unbelief is. Doubt does not necessarily or automatically mean the end of faith, for doubt is faith in two minds. What destroys faith is the disobedience that hardens into unbelief. (1976, 27-30)

As many evangelicals (myself included) and former evangelicals can personally attest to, doubt is commonly vilified within evangelicalism as though there is little or no room for doubts within an authentic and maturing faith.

Consequently, those with doubts, like many of the participants, often feel compelled to suppress them and deal with them on their own in secret.

A religious environment that compels people to suppress doubts and/or deal with them on their own for fear of being stigmatized as someone having a defective faith, lacks the compassion and accommodation that Jesus demonstrated towards the father of the demonized boy (Mark 9:24) and even Thomas (John 20:27).

Evangelicals commonly speak of their admiration of the zeal and boldness of Apostle Paul and laud the faithfulness of his disciple Timothy. They may even laugh along at the follies of the disciples, like the impetuousness of Peter or the conniving ambitions of James and John, the sons of Zebedee.

I find it interesting that much more than others, Thomas, or more commonly referred to as “doubting Thomas,” perpetually bears the infamy of his supposed shortcomings, suggesting that he embodies an example or path that we are not to follow.

But I believe the different ways that Jesus related to the disciples demonstrates that there is no singular pathway towards vibrant faith and spirituality. Not everyone is like Peter, ready to jump in with both feet without careful consideration of the situation and contingencies. Jesus could have refused to provide Thomas the assurances that he was seeking, but instead graciously chose to allay his doubts knowing what Thomas needed.

Thomas’ doubts were not tantamount to unbelief; it was, rather, as Guiness points out, a state of suspension between faith and unbelief that was a part of the Thomas’ faith journey. Neither glamorizing nor demonizing doubt, Guinness speaks to both the value and perils of doubt and how it ought to be perceived in the life of a believer:

The value of doubt is that it can be used to detect error…. But a sword like this will cut both ways. If doubt can be turned destructively against truth so that it is dismissed as error, doubt can also be used constructively to prosecute error disguised as truth…. Doubt, then, is a problem for both faith and knowledge. As long as the presence of doubt is detected anywhere, neither faith nor knowledge can ever be complacent. But though doubt may be normal, it should be temporary and it should always be resolved. Wisely understood, resolutely faced, it need hold no fear for the Christian. To a healthy faith doubt is a healthy challenge. (1976, 47-49)

Doubt then is not necessarily the enemy of faith, but instead can be a helpful companion in a growing faith. Christian communities and its leaders should similarly seek to provide a climate in which believers and skeptics are given encouragement and room to honestly explore their questions and doubts.

Rather than avoiding or shunning difficult questions that inevitably arise in the messiness of life, evangelicals ought to promote and honor a culture of constructive dialogue and truth seeking, even if it takes us to uncomfortable places.

Join the conversation on Facebook
Tags:
Doubt
Posted:
May 22, 2018