In reality, rural America is in a perilous position — perhaps in greater danger of decay and decline than many cities.
Ed Stetzer 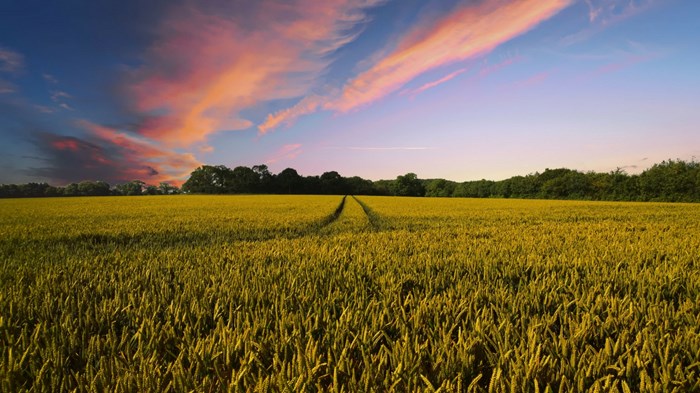 Image: via Creative Commons
I recently wrote an article for Influence magazine with Tena Stone. Tena is director of research and training at OneHope, serves as a primary researcher for the Rural Matters Task Force in North America, and is part of a church plant in rural Georgia. It’s worth sharing here. God is on the move in rural communities, and it’s past time we acknowledge it and celebrate the work so many in rural ministry are doing. In Part 1, we gave an overview of the realities and talked about cultural homogeneity. Today, we talk about two more misconceptions about rural America.

The second misconception is that rural America is doing fine, while the inner cities alone are in decline. Though the general population of rural communities is diverse, there are challenges that are increasingly pervasive and common among many of these people groups. This is due in part to national trends in population migration.

Over the past century, the U.S. has seen ongoing urbanization. In 1900, roughly 35 percent of the population lived in metropolitan areas. Today, that number is 86 percent. Urban sprawl has overtaken many formerly rural counties, transforming and reclassifying them. Fewer than 50 million people currently live in the 1,976 counties that remain classified as non-metro today, and the collective population within those counties is shrinking.

The result is a smaller American countryside comprised of slower-growing counties with a reduced and stagnant economic potential. Despite a resurgence of jobs and rising wages since the economic downturn of 2008, recovery in rural America is slower. In fact, rural employment rates remain below pre-recession levels.

A 25 percent decline in rural manufacturing caused 700,000 jobs to disappear between 2001 and 2015, with many of these jobs moving overseas. The jobs that do exist offer significantly lower salary rates than those in urban places.

Rural areas are also lagging in education and healthcare. Even as national education levels increase, there is a widening gap between the number of urban and rural dwellers with college degrees.

The Demographics Research Group at the Weldon Cooper Center for Public Service at the University of Virginia reports that since 1990, college graduates living at the center of the nation’s 50 largest metro areas soared by 23 percentage points, while in communities 30 miles away, the rise was merely 10 points. The gap grows as one continues to move further out from the city. This is due in part to the relocation of those who obtain degrees to find more economic opportunity.

Rural residents also tend to be older and sicker than their urban counterparts. When wealth and college graduation rates are lower in a community, it limits overall financial access to preventative healthcare. People with lower incomes simply don’t see a doctor when they are not (yet) sick. This is not the only cause of overall health decline, however.

After adjustment for age, we still see that the level of accidental deaths in rural areas is 50 percent higher than in cities. High-speed traffic-related accidents explain some of this, but so does opioid abuse and overdose deaths, which are highest among poor and rural populations.

A 2016 study by the Centers for Disease Control and Prevention found that the suicide rate is higher for farmers than veterans. There are many possible reasons for this, but it seems the mental health of our rural brothers and sisters is in as much peril as their economic, educational and physical health. All is most certainly not right.

Altogether, this does not bode well for the future. If the trend continues, it will not only lower the rural population but increase its dependence on urban growth and economic well-being for supplementing the needs in the country. There will be fewer rural wage earners to support those who depend on them, including children and retired family members.

To paint any people with a broad brush is not to see them for who they truly are.

And a community’s shrinking population is not just a demographic and economic challenge. It also means the culture is in danger of dying. The ethos of a community is dependent on its collective memory. Places become what they are because of the people in them. Families pass down traditions from one generation to the next, and a town’s character forms.

What happens when the people are gone? Their memories and shared experiences go with them. Some areas may experience a revitalization of sorts, with a new character and culture forming in place of the old one. But for many, the town’s soul quietly disappears, leaving a shell of former vitality. This can be disconcerting for the remaining people who live and work there. They aren’t just selfishly pining away for the good old days. They are grappling for their center of gravity.

This is the antithesis of the notion that rural America is doing fine. Our rural friends are not experiencing an idyllic lifestyle in contrast to urban struggles. In reality, rural America is in a perilous position — perhaps in greater danger of decay and decline than many cities. This requires the urgent attention and prayers of Christians. If we want to be on mission, we must take these challenges into account and approach them with understanding and empathy.

The third misconception is that rural America doesn’t need another church. The migration trend toward urbanization has defined church planting for the last century. As people continue to move into the cities, urban church planting remains important. However, that does not negate the desperate need for churches in rural areas.

Small-town America has fallen apart. Maybe it is not directly because of our focus that has primarily been on urban centers. That is certainly debatable, but what is not debatable is that small towns are just as in need of great leaders and great churches as any big city is. Is this a surprise to us who believe Jesus is the only hope for all people everywhere?

Many small communities have multiple church steeples rising high into the sky, but what about the average attendance in their pews? One excellent tool that answers this question is The Association of Religion Data Archives (ARDA), which maintains the U.S. Congregational Membership Report by county and compares it with U.S. Census data. A quick look at rural zip codes through this tool reveals that the number of people not attending any church in rural counties is much more significant than many of us would guess.

Research shows that, regardless of geographic location, life-giving congregations and mission-minded, energetic churches that are active and engaged in their community are still needed in every rural county. A “Christian presence,” particularly one that is about nominal identity rather than engaged participation, is simply not enough in rural America. There is a need for church vitality with a missional focus. The so-called Bible Belt and other rural areas are not even close to reaching a gospel saturation point.

But let us not despair. There is a great opportunity for us in rural America, as there is an evident need for preaching and discipleship. The rural church is not the cul-de-sac of a marginalized mission, but an important pipeline for the strengthening of the Church in all of America.

These statistics may seem discouraging, but they represent an opportunity for the Church. We should interpret them as a call for another Great Awakening — one that embraces the potential and steps out in obedience, faith and expectation. We must also remember that just because the facts seem grim does not mean there is an absence of good.

People living in rural communities are image-bearers of God. In many places, you will find the remaining individuals locking arms and caring for one another with genuine depth, sincerity and love. This is an expression of the gospel, and when these attitudes are redeemed under the Person, work and lordship of Christ, there is no telling how mighty and impactful these communities can be. But it will require a countercultural movement that intentionally invests in rural communities.

Going on mission doesn’t mean arrogantly barging in with expert advice from the outside as if we have all the answers. It means learning the questions and problems, becoming a part of the community, and seeing the beauty that comes from relationships in such a setting.

As the challenges mount and people start going into these areas, we cannot just stand back and encourage the work with distant shouts. We must strategically create systems of support. Just as we looked to the big cities and began to think together about how we could reach them 100 years ago, we must do this now for small towns.

The expertise to reach these areas often comes from within them. It takes a unified effort of the Church — both inside and outside rural America — to bring together the knowledge and resources to advance God’s mission.

The voices of those who have a passion for reaching rural communities are beginning to coalesce, and this is a good thing. We are forming a missiology that has a heart for the vast territory we refer to as rural in our country.

In Part 3, I’ll share some models of hope as we look to rural America.

Join the conversation on Facebook
Tags:
Rural Ministry
Posted:
May 30, 2018