Asia Bibi faces a vigilante campaign for her execution, the execution of her family, her attorney and the three high court judges that rendered the verdict.
Ed Stetzer and John Stonestreet 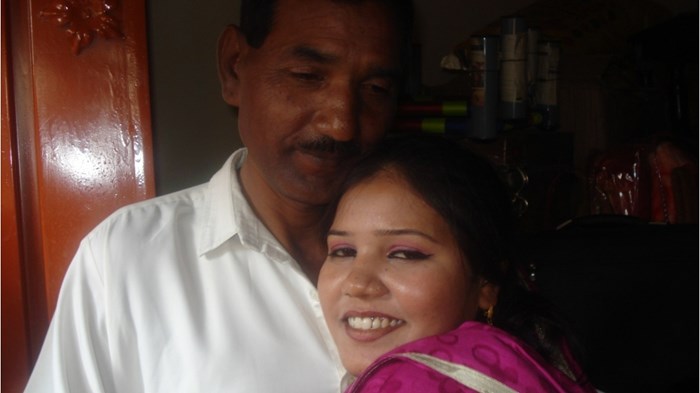 On Wednesday, the day before Thanksgiving, reports surfaced that Islamic radicals in Pakistan were “hunting house to house” for Asia Bibi and her family. Bibi has been in hiding since she was acquitted on blasphemy charges, after a 9 year imprisonment and legal battle that left at least two of her supporters dead. She now faces a vigilante campaign for her execution, the execution of her family, her attorney and the three high court judges that rendered the verdict.

On Friday, Australia Home Affairs Minister Peter Dutton announced that she might be granted asylum down under, but the United States remains silent.

We call on President Donald Trump to fulfill recent promises made by his administration to persecuted Christians and to grant asylum to Asia Bibi and her family, and to pro-actively work with Pakistani officials to ensure safe transport out of Pakistan to the United States. We ask all concerned Americans to join us in petitioning the President to act now. We will be using the hashtag #AsylumForBibi.

In addition to social media awareness, please consider sending a letter to your congressman, senators, and Secretary of State Mike Pompeo. Our colleague Roberto Rivera has provided the following sample letter that can be used:

As you know, on October 31, a Pakistani woman named Asia Noreen, better known as “Asia Bibi,” was found not guilty of blasphemy, which is punishable by death in Pakistan, by that country’s Supreme Court.

The ruling ended a nine-year legal battle for a woman whose only “offense” was being, along with her family, the only Christians in her village.

While Asia Bibi is no longer in legal jeopardy, she is still in great danger. As you also know, Islamists in Pakistan were outraged by the verdict. Prominent Islamist leaders threatened the Supreme Court with death — no small threat in a country where the two politicians who spoke out on Asia Bibi’s behalf were assassinated.

And, of course, they have vowed to obtain extrajudicially what they couldn’t obtain through the courts: Asia Bibi’s death.

Noreen and her family are trapped in a nation filled with people who would gladly kill her. She is being “guarded” by security services whose Islamist sympathies are well-documented. And, as the Guardian rightly put it, newly elected prime minister Imran Khan is playing a dangerous game with regards to her safety: defending the Supreme Court while appeasing extremists by also defending the blasphemy law.

The sooner Asia Bibi and her family are out of Pakistan the better.

And that brings me to my purpose for my writing you. While the Netherlands, Britain, and Canada have all been mentioned as possible destinations for the Noreen family, the United States has been conspicuous by its absence in these reports.

The United States is without question the safest place of refuge for Asia Bibi and her family. We have a 230-plus year commitment to religious freedom and tolerance. That the United States isn’t being mentioned as her ultimate destination is a betrayal of those principles and an abdication of our responsibilities.

As your constituent, and as your fellow person of good will, I urge you to do whatever is in your power to change this. To have Asia Bibi die after her legal ordeal because we weren’t willing to “step up” and back up our words with our deeds would leave an indelible stain on our national honor.

Thank you for your kind attention to this important matter.

John Stonestreet is president of Colson Center for Christian Worldview, and host of BreakPoint, a national daily commentary on faith and culture. www.breakpoint.org

Join the conversation on Facebook
Tags:
None
Posted:
November 23, 2018

Please Speak Up for #AsylumForBibi: Asia Bibi and ...