Here’s how many evangelicals cite Trump's stance on immigration as an influential reason in determining their support of Trump in 2016.
Billy Graham Center Institute 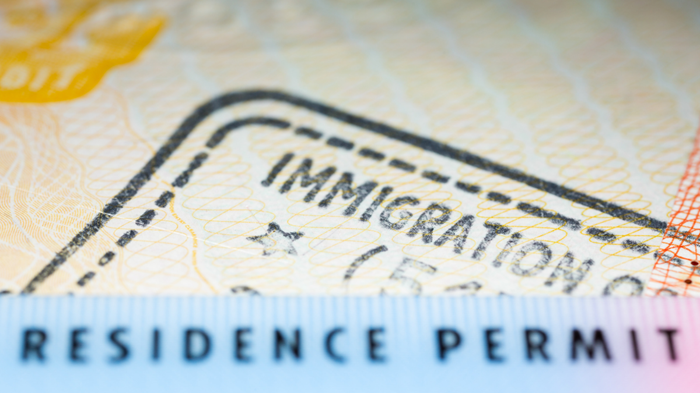 Image: By Kseniya Lanzarote via shutterstock
With today being Election Day, many of us may be wondering what issues are on the forefront of those entering the polling booths. Well, we recently did some research through our Billy Graham Center Institute and found some interesting data, especially related to the role of immigration. Below is the research release which includes some of the most significant findings.

The 2016 election exit polls indicated evangelicals strongly supported Donald Trump for President. New research suggests that nearly two-thirds of evangelicals cite his stance on immigration as an influential reason in determining their support of Trump in 2016. In fact, 15 percent of Trump voters say it was the most important issue, second only to “improving the economy” (19 percent).

The Billy Graham Center at Wheaton College partnered with LifeWay Research in May 2018 to poll 3,000 Americans about their voting in the last national election.

According to the research, one in ten evangelicals by belief (using the National Association of Evangelicals research rubric)—including all those who voted in the 2016 presidential election—say immigration was the most important reason in deciding how they cast their vote in 2016. Only the economy (17 percent) and healthcare (11 percent) were named by more evangelicals.

Only three percent of evangelicals who voted for Clinton say immigration was the most important deciding factor, while one-third (32 percent) say it was an important issue. More Clinton evangelicals, immigration considered healthcare (58 percent), helping those in need (54 percent), the economy (50 percent), and personal character (45 percent) in influence. In contrast, only the economy (72%) and national security (63%) were viewed as influential by more Trump evangelicals.

“Although immigration wasn’t the leading reason for evangelical support of Trump, it was important to a significant contingent,” said Ed Stetzer, executive director of the Billy Graham Center. “And it remains so as we approach the mid-terms.”

When asked if they support the Trump administration’s efforts to reduce illegal immigration, 82 percent of White and three-quarters of other minorities (74 percent) agreed compared to African Americans (35 percent), and Hispanics (47 percent).

The study shows that evangelicals and non-evangelicals come together in support of one aspect of the immigration debate: the Dreamers.

Sixty-two percent of non-evangelicals and sixty-one percent of evangelicals agree the Trump administration should do more to resolve the lack of legal status of immigrants brought to the U.S. illegally as children. Those individuals, often referred to as Dreamers, are protected from deportation under the federal Deferred Action for Childhood Arrivals (DACA) program. There is no evidence of a difference between evangelicals of differing races when it comes to doing more for Dreamers.

“Political wrangling and self-interests have kept Republicans and Democrats from coming together to solve this issue that they generally agree on, and could affect nearly two million Dreamers in the U.S.,” said Stetzer.

“Immigration remains a critical issue for evangelicals, and that may explain the intense focus the President and others have placed on a caravan of migrants that won’t reach the U.S. until long after the midterm elections. Simply put, speaking against immigration can’t help but bolster evangelical support for Trump’s party even though his name isn’t on any ballots,” Stetzer concluded.

LifeWay Research is a Nashville-based, evangelical research firm that specializes in surveys about faith in culture and matters that affect churches. The research protocols are at LifeWayResearch.com.