"If you can answer people's questions and also learn how to question people's answers, that's how you can approach having these conversations."
Ed Stetzer 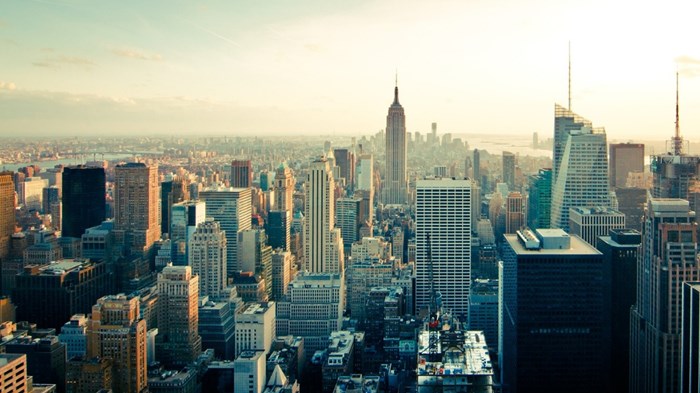 Image: via Pixabay/Free-Photos
Several weeks ago, I launched Ed Stetzer Live at 11AM CST on Moody Radio. My very first interview on the show was with Pastor Tim Keller as we talked evangelism and cities. For those unable to listen, I wanted to share a shortened and print-adapted version of it below.

Ed: So just a short story to start us off: I was on a plane recently talking to a woman who lives near Moody Church. She’d had a bad experience with Christianity, so I said, "If I got you these two books, would you meet me at church and take them to read?" She said yes, later met me at church, and I gave her the books—one of them was your book, Reason for God, and the other was a book you wrote entitled Making Sense of God. So, I’m a fan, but for the rest of the world, could you tell us a little bit more about these books, who you wrote them for, and what they’re really about?

Tim: Reason for God is for people with a fairly high religious consciousness. That means they already pretty much believe in a personal God. They have some idea of sin and of the moral standards that exist outside of themselves.

Secondly, they feel some cross-pressures—now I'm using a term that's getting popularized by a lot of writers, but it's Charles Taylor who came up with the idea. He's a Catholic philosopher who wrote in his book A Secular Age that there are non-Christians who feel like the whole faith thing is utterly ridiculous and then there are others who don't believe in God, yet occasionally they feel like it does make sense.

Occasionally, they might feel that it'd be great if there was a God or they feel that even though my beliefs say there's no meaning in life, I feel like there is, or my beliefs say everything is relative, but I feel like it isn't. So in short, a cross-pressured person is someone who has some motivation to say, "Yeah, I'd be happy to hear a good case for God."

Reason for God was written for people like that. I didn't quite realize it at the time, but I came to realize over the years that the book worked better with people who already said, "I feel some sense that I'd be open to a good case for God. I'd be willing to go with it."

Making Sense of God is for people who actually think the whole thing is just absolutely stupid. It starts back further, and I think it's working with a much ‘harder crowd’ you might say. In the very beginning, for example, the book makes a case that most non-believers hate: The burden of proof is not on Christians or on those who believe in God because everybody is operating out of a set of faith beliefs that can't be empirically proven.

So, if you believe that the universe just happened and there is no God, but that somehow human rights still exist, you can't prove that. In fact, it takes a lot of faith to imagine humanistic values can arise from an impersonal universe. And that's fine. That's a set of beliefs, but they’re just that—beliefs. And I've found that first part of the book gets a lot of horrible pushback from people who are absolutely sure that Christians have faith, but they believe the actual truth about the universe.

Ed: Let's talk a little bit about that to start. How do you start talking to a skeptic or an atheist who's already a skeptic? What's the starting point to that conversation?

Tim: Well, it really depends if the person actually comes to you. I guess I would divide those conversations into two kinds. I would talk about answering people's questions and questioning people's answers, right?

The gentler approach is to question people's answers. That is, everybody has an operating answer to big questions like What's my meaning in life? How do I handle suffering? How do I face death? How do I ever really find satisfaction? How do I get an identity that's not unstable and fragile?

Everybody has working answers to those questions, and whether they admit it or not, they're actually religious answers. They don't see it that way, but they are. If over in Asia you get your identity from basically fitting into your family and pleasing your parents, and over here you get your identify from achievement and following your dreams and expressing your inner desires, those are not empirically proven, those are both basically religious answers to the question of How can I really get a strong identity?

So what happens is that when you're talking to people, and not about religion, you get to know them. You just become friends. Then, when you start talking about personal struggles, like when there are breakdowns, when a person gets disappointed, or when there's a love relationship that falls apart, and their working answers to those big questions aren’t cutting it, there arises an opportunity to talk about not so much Christianity in general, but how Christianity works in your life and how it helps you deal with those issues.

So I have a list of those. I can't go through it right now, but when I say question people's answers, I like that the best, because it means you befriend them and you're just being open about yourself at times and how faith works in you. Questioning people's answers is one thing, answering people's questions should only happen if they come at you with the list. We all know the list. And I do think that Christians need to spend a lot of time thinking about how they will answer big life questions off that formidable list.

You need to work with other Christians, your pastor, or whoever to develop working answers that you feel good about. Otherwise, what's going to happen is that you're going to hide who you are from other people because you're afraid of those questions.

If you can answer people's questions and also learn how to question people's answers, that's how you can approach having these conversations.

Ed: You’ve obviously been involved in more targeted approaches towards sharing the gospel in places of deep spiritual need. Talk a little bit about The Gospel & Our Cities initiative. What are we trying to do here?

Reaching the cities is a) more expensive, b) more complicated, because you have multiple ethnic groups and multiple races and national groups, and c) more secular and resistant at its core.

But despite these complications, if we are watching more and more people move to cities, which we are, the church has to go where the people are. That's what the Great Commission is about: we are called to go into all the world, which means, in other words, go to where the world actually is.

So as the church, we're going into the city. That being said, it's actually harder to reach cities. It's more complicated, more expensive, they're more resistant, and we do have to think together about how to do it.