I'm talking with Pastor Andy Stanley on his newest book and seeking the Bible.
Ed Stetzer 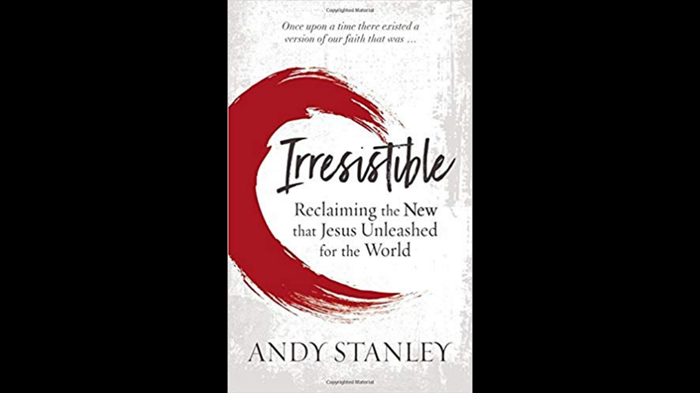 This is a continuation of my conversation with pastor Andy Stanley about his new book Irresistible. You can find Part 1 here.

Ed: So, if the resurrection story itself is of such great importance, how do we keep from reinterpreting Jesus without the text? If the Bible is authoritative, we should know what Jesus thinks about these other things based on what's in the Epistles, right?

Andy: Well, again, I think we almost have to go author by author as we think about the relationship of those New Testament authors to Jesus. Obviously, the Apostle Paul got what he knew about Jesus historically from Peter and John; aside from what was revealed to him in this mysterious time when he was off by himself.

Of course, other people would say that the reason that Paul never mentions much about the narratives of Jesus is because he didn't know about them, which I completely reject. Obviously, what he was writing in the Epistles was circumstantial as it related to what was going on in local churches.

I think the Apostle Paul is problem-solving in the church and applying the new command that Jesus gave to specific cultural contexts. Paul's language "in Christ" is a reference to being in and a part of the new covenant, and all of that is essentially an expression of or an extension of what Jesus launched.

In first and second Peter, it's a little bit different, because if we believe Peter actually wrote or dictated those documents, he's an eye witness who is problem solving in the church having experienced extraordinary pain and suffering. James is an extraordinary story because he doesn't show up until after the resurrection. James considers Jesus his Lord; that tells you a lot. So I think, yes. All of this goes together.

But, I like to approach it, in terms of how I preach and teach, somewhat biographically or historically because, to your point, these aren't words just floating intangibly in outer space that are somehow representing God. They are tied to historical events, but they're more than historical events.

Ed: So is what, for example, James writes equally inspired by God and of equal authority to what Jesus says in the Gospels?

Andy: Well, I'll answer that on two levels. If I'm talking to a non-Christian for whom inspiration, infallibility, and inerrancy are non-starters, I approach it differently. As it relates to James, I always begin by discussing James as the brother of Jesus who concluded by the end of his life that his brother was his Lord and was martyred for those beliefs.

If I'm talking in theological circles or I'm talking to you and you're asking me this question, my approach would look different. My immediate answer then, is: yes, absolutely. I believe that James' words are spirit-inspired and authoritative for the church, not just because he was related to Jesus, but because of the source of these extraordinary insights and words.

Ed: Do you see yourself as a kind of church reformer?

Our faith began on Easter when a crucified and buried man rose from the dead and began greeting his friends.

You don’t need ancient textual props when your teacher comes back to life from the dead. Current events will suffice. And that’s exactly what we find in the book of Acts. The centerpiece of the apostles’ preaching is not the teaching of Jesus—it’s the resurrection of Jesus.

In the beginning, our faith was an event-based faith. But since then it has become text-based. Because of this, as the Bible goes, so goes the faith of most church people. That’s unfortunate and unnecessary. Paul said something different. He said as the resurrection goes, so goes our faith (1 Cor. 15:17).

I’m not arguing for theological change. This is purely methodological. We need to return to the first-century approach. And adjusting our approach isn’t a new idea. The apostle Paul said, “I have become all things to all people so that by all possible means I might save some” (1 Cor. 9:22).

Ed: How can the church and Christians become irresistible?

This isn’t the Golden Rule. It’s better. I am to do for others what God in Christ has done for me. Paul reiterates this throughout his letters. For example, he says, “Be kind and compassionate to one another, forgiving each other, just as in Christ God forgave you” (Eph. 4:32).

The question we should ask every day in every situation is: “What does love require of me? In light of what God has done for me, what should I do for others?”

And this isn’t soft. This is gritty. Hours after he gave his new, love-like-me command, Jesus put on a demonstration of love that took everyone’s breath away . . . including his own.

This approach is far less complicated than what many of us grew up with, but, in the end, it is far more demanding.