Christians are uniquely poised to help in the wake of disaster.
Jamie Aten & Laura Leonard 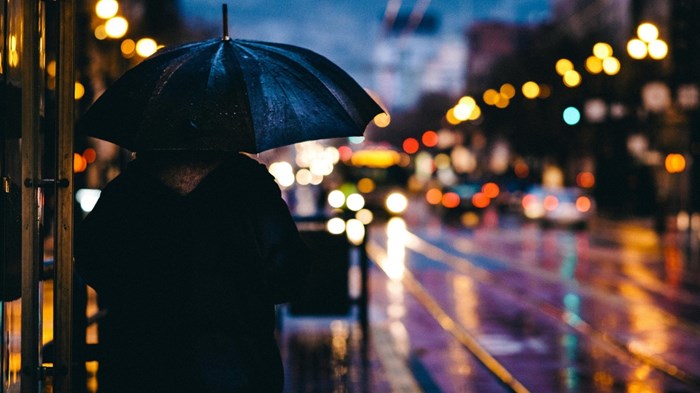 Now that Hurricane Michael has struck, a mass influx of people will start pouring into Florida to step into the vacuum of needs created by the storm. But the dark reality is that not all are there to help. Some will likely be human traffickers ready to swoop in and exploit the vulnerable.

The significant damage, mass displacement of survivors, and influx of outsiders following disasters often fuels the demand for sex trafficking and labor trafficking. Traffickers often hide under the cover of rescue work and even law enforcement, obscuring their true intentions until it’s too late for victims to protect themselves.

Despite the countless challenges to anti-trafficking efforts, Christians are uniquely poised to help in the wake of disaster because our churches’ community ties and relationships with the vulnerable.

Further, as Christians, we are called (Ps. 41:1) to help those in need, and where there is a major disaster—the threat of trafficking looms—clearly the need is great. Here’s how to spot vulnerable survivors more at risk for trafficking and steps to take to help stop it from occurring.

Spotting survivors at risk for trafficking

If you want to help prevent traffickers from exploiting the vulnerable and help people who are already trapped in this web, start by learning how to spot the signs of trafficking. People displaced by the event often lack depth of community and roots in their new location, which makes them more vulnerable to trafficking.

When people are struggling to meet basic needs, like food, water, and housing, they can be more easily coerced or deceived by people offering to help meet those needs. Traffickers often try and lure displaced survivors with job offers or free housing and food.

Major risk factors to look for include: separation from loved ones (especially children from their parents), lost source of income, working for basic necessities rather than money, identification documents held by an employer, inability to freely choose where to live, and unexplainable injuries.

Also, be on the lookout for offers to help that sound too good to be true from unknown sources that seem to be targeting women, children, or marginalized groups. Consider the following examples to help you better understand what trafficking looks like following a disaster.

After Hurricane Harvey hit Houston last September, a Texas nonprofit called Children At Risk warned against the potential increase in sex trafficking as they observed adult ads on online sites double after the storm.

Many of these ads explicitly mentioned Harvey: “Pretty girls wanting to make some quick money and recover losses from Harvey” read one. Online sex ads on backpage.com more than doubled from the 150 average to 350 on the highest post-Harvey day.

The Houston mayor’s office issued a press release outlining the city’s short-term prevention and response efforts, which included various ways to educate shelter residents about the risks and signs of human traffickers. Though ads of this nature aren’t hard evidence of trafficking, they without a doubt reflect a common strategy many traffickers use to recruit victims.

For example, after Hurricane Katrina, at least 9 large cases of this kind of labor trafficking—involving over 3,750 victims—were documented. In these cases, traffickers kept workers in labor camps or dilapidated buildings monitored by armed guards.

Most victims were trafficked in from developing nations and charged by the traffickers for their visas, flights, housing, and even steep “recruiter fees” for the opportunities themselves. Traffickers then leverage this debt against the workers in order to exploit them as they must continue to work to pay off impossibly high sums of money.

How to help stop trafficking

As people of faith, we are called to pray for others, especially for the underserved. We shouldn’t think that “sending our prayers” is a meaningless gesture.

Prayer is a God-ordained means of calling out for divine help. In times of disaster, we shouldn’t see our prayers for people at risk of being trafficked as an afterthought, but rather as one of the most powerful things we can do to help. Similarly, we should pray because it helps guide our path for taking action.

Prepare yourself to help. Familiarize yourself with some of the helpful free resources available from Christian ministries like Let My People Go, A21, and International Justice Mission that can be used to prepare to take action in the movement to abolish human trafficking.

Likewise, take time to reflect on why you want to help. You are more likely to run into or cause trouble if you get involved in combatting trafficking for the wrong reasons. Make sure you are helping for the right reasons–like wanting to help others for the sake of helping others.

Another important way to help prevent traffickers from taking hold in a community is to ensure the immediate needs of vulnerable communities are met. When people don’t have to worry about where their family will sleep at night or where the next meal will come from, they are less likely to turn to a trafficker promising these things.

Providing shelter, food, and medical care, and helping ensure these needs will be met in both the short-term and long-term are significant ways to cut into the root drivers of disaster-related human trafficking. Reuniting separated children with parents, family, or caregivers is another way to help minimize vulnerability.

Volunteering or donating to established organizations like the ones noted above can help those already caught in the web of human trafficking. Partnering with an established anti-trafficking organization in your community after a disaster hits improves the odds that you will do more to help than accidently cause harm.

This kind of work is highly sensitive and requires expertise that should not be attempted by people without proper knowledge, training, and experience in this area. Don’t intervene in an explicit or obvious way, as this is more likely to cause harm than to help.

Let me be clear about what I mean by this: say you suspect a local nail salon is being used as a hub for trafficking that caters to construction crews assisting with the disaster recovery process. To go into the salon on your own rescue mission is dangerous and careless, and people are likely to get hurt.

Instead, take a more implicit or less overt approach, like waiting until the person you think might be at risk is alone in a private setting (e.g. in the restroom) and report your suspicion to the local law enforcement.

Get others involved in anti-trafficking efforts through efforts to raise awareness. Trafficking amidst a disaster is too big of an issue for any one person to take on. Talk with your friends, loved ones, and leaders in your community to help them become more aware about the connection between disasters and trafficking.

Also consider sharing helpful resources developed by established organizations like the ones mentioned above. The Department of Homeland Security launched the Blue Campaign, which has a wide range of free awareness-raising resources from tip sheets to videos for distribution.

Lastly, you can raise awareness by advocating for policies that address the root causes of the trafficking cycle, such as extreme poverty and other system inequalities. More long-term advocacy efforts are needed to address systemic injustices that cause vulnerability and make some people more at risk in the first place.

Dr. Jamie Aten is the founder and executive director of the Humanitarian Disaster Institute and Blanchard Chair of Humanitarian & Disaster Leadership at Wheaton College (Wheaton, IL). His latest books include the Disaster Ministry Handbook (InterVarsity Press) and A Walking Disaster: What Katrina and Cancer Taught Me About Faith and Resilience(Templeton Press, forthcoming January 2019).In 2016 he received the FEMA Community Preparedness Champion award at the White House. Follow on Twitter at @drjamieaten or visit his website jamieaten.com.

How Churches Can Spot and Stop Human Trafficking ...