The Current Storm and the Evangelical Response

How should Christians respond in the midst of the cultural storm?
Ed Stetzer 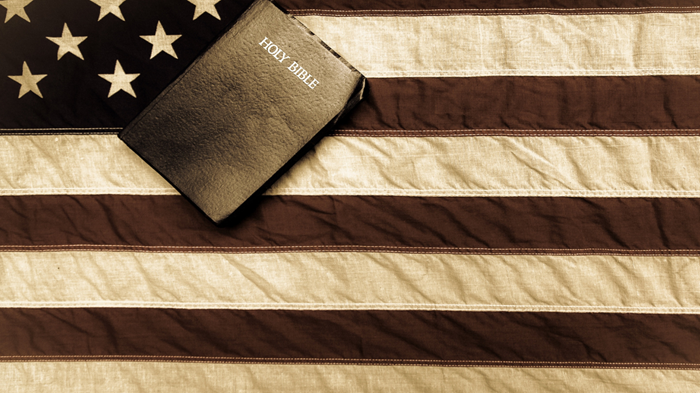 Image: By Ehrlif via shutterstock.com

This Sunday, on MSNBC, political pundit and former Chair of the Democratic National Committee Howard Dean gave his take on the state of the current GOP, saying it has “the same meaning as evangelical Christianity with young people, intolerance, bigotry and a lack of respect, not just for women but for anybody who is not on their team.”

That’s not the comparison I was hoping for.

And, it compelled me to write on the subject in USAToday, but more on that in a moment.

If we were to step back and look at the big picture, we may find some truth in the comparison Howard Dean is making. Evangelicals have, after all, aligned themselves strongly with the GOP and the current president in such a way that surprises many.

President Trump is his own storm. Whether you see him draining the swamp or blowing hot air, evangelicals have walked into the cultural storm that surrounds this president.

So, when Dean links us together, that is understandable. And, of course, we need to be careful about a too-close-for-comfort commitment to any political party.

Yet, as I wrote in my recent article in USA Today, although Dean’s correlation of the GOP with evangelical Christians is understandable, it is nevertheless incomplete and unfair.

I wrote in USA Today:

Many of us believe that too many evangelicals have grasped for political influence at the expense of some evangelical values. Most of us are well aware that the current political mood has been unhelpful to evangelicals.

Yet, while I understand Dean’s conclusion, I disagree with his assessment. Why? Because so many evangelical Christians defy his description.

And these believers will, again, be quietly living out their faith this week.

Jesus’ model is why evangelical Christians all over the U.S. are planning to bring comfort to hurricane victims. They’re preparing to help people of all different backgrounds because that is what Jesus commands and modeled. We are called to show and share his love to a broken and hurting world. No exceptions. Even when it costs.

I want to share three ways those of us committed to Christ and to his mandate to be witnesses in his world can respond to the accusations of Dean and others.

Our first response to accusations like these is likely self-preservation and denial. Well, I am not like that, we say to ourselves. And we look to the many others we know who aren’t like that, either.

Let me be honest: the majority of evangelicals I know love Jesus and seek to live on mission for him.

And if we look at ourselves through the liberal media’s eyes, we aren’t looking too good.

Don’t stick your head in the sand. Seek to understand the reality we are in.

The gospel is countercultural. It calls us to seek forgiveness when we have been harmed, to offer a hand of friendship to our enemy, to stand with those different from us, to sacrifice time, money, and talents for the sake of others.

We are living in a time when a kind word goes a long way, and a humble heart speaks volumes.

We simply cannot miss the foundational stone upon which our faith is built: love. Love for all.

In the mid-third-century A.D., a plague hit Carthage. The disease led to symptoms ranging from fever to deafness, blindness, and paralysis. Reportedly, as many as 5,000 people died in one day as a result.

They didn’t focus primarily on their own safety or convenience and they didn’t just solely care for their own. Rather, they entered into the suffering of their unbelieving neighbors in an effort to convey Christ’s love.

That’s the kind of evangelicals I’d like us to be—focused on showing and sharing the love of Jesus in all circumstances, living in such a way that people will ask us why we do what we do. And gospel doors will open wide.

The truth of the critique

No one can deny that the reputation of evangelical Christianity has been significantly diminished as a result of some pursing the acquisition of power and influence and blurring the lines of faith and politics.

But this does not, and cannot, change the facts: thousands of years of evidence have pointed to the true mission of those who claim to follow Jesus Christ—we seek to live humble lives of faithful service so that Jesus will be lifted high.

Howard Dean isn’t the first—nor will he be the last—to criticize evangelicals. We need to hear their critiques. But, we also need to respond in a such a way that others exclaim, “So that is what it means to be a Christian!”

And they, in turn, will turn to Christ as well.

Join the conversation on Facebook
Tags:
None
Posted:
October 12, 2018

The Current Storm and the Evangelical Response

expand
The Current Storm and the Evangelical Response