Unearthing and critiquing the guiding metaphor about women is one of the most important leadership tasks in our era.
Mary Lederleitner 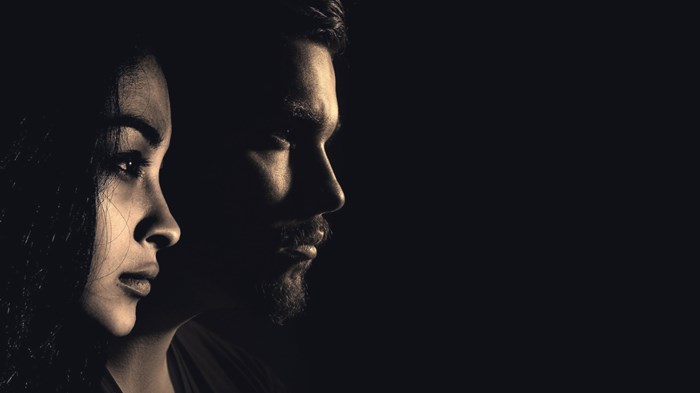 Each workplace has a guiding metaphor about women, and while most never bring it out into the open for honest dialogue and critique, it communicates loudly throughout an organization’s culture, policies, processes, and how people relate with one another.

As I reflect on research I conducted with talented women from approximately 30 nations who are serving and leading in God’s mission, I believe unearthing and critiquing the guiding metaphor about women in our ministries and workplaces is one of the most important leadership tasks in our era.

Women as Temptresses Who Cause Men to Stumble

Sometimes, it feels like the prevailing metaphor in many evangelical ministries and workplaces is “women are temptresses.” Ever since Eve took a bite of that forbidden fruit, it can feel like women are blamed for many of men's shortcomings and character defects,especially in the area of sexuality.

In all my years of ministry, I have yet to meet one woman leading in God's mission who had the intent of snaring a man and leading him down a destructive sexual path.

Nevertheless, because of this guiding metaphor, women leaders are often separated from men and frequently shut out of opportunities that impede their development. I believe in exercising wisdom when it comes to sexual temptation, just as I adhere to wisdom when establishing processes in other areas such as integrity regarding how money is handled.

There are basic principles that are simply wise to implement in a wide array of situations because we do not always know what sins people are struggling with in their hearts. However, care needs to be taken to ensure women are not marginalized in the process.

In the research, a woman in a church planting mission who oversees leadership development for women gave this example:

Part of it is if you have married men and single women in leadership and they never eat together. Or, the men go out for lunch and they are talking about team issues and leadership and vision, and they don’t take the single women or even the married women. Then women don’t get to participate in setting vision and things like that. For years people have tried the - let’s just not be alone with a single woman - but that doesn’t really work when you look at leadership positions in missions. There is moral failure even with people who espouse that view. So there’s got to be an inner transformation. I really think for women’s voices to be heard, there needs to be a way to talk together, relate together, and love each other well.

After being on the receiving end of this metaphor for much of her life, a talented medical missionary said she has always remained celibate as a single woman. But people always assume the worst about her, as though she is promiscuous or she is wanting to have relationships with married men. She said, “Somehow I have been made to feel that I am responsible for the sexuality of all the people with whom I have contact."

While there are numerous metaphors that can be potentially damaging, this one causes many women to have feelings of insecurity or shame. Many worry about inadvertently wearing the wrong thing, inadvertently coming across as too warm and caring, inadvertently looking too pretty, inadvertently showing some positive trait that might cause a man in the ministry to like us too much, etc.

It undercuts the message of the gospel by sending contradictory messages to women who are seeking to be faithful disciples of Christ. Is this what our loving God wants women to be experiencing as they serve and lead in his mission? Does this metaphor reveal how God views his daughters? Might there be a better biblical metaphor that can and should be shaping our interactions?

One of the metaphors mentioned in the research arose from a book titled Mixed Ministry: Working Together as Brothers and Sisters in an Oversexed Society. It is the idea of journeying together as “sacred siblings.” John 1:11-13 gets at the heart of this when Scripture says that all who receive Christ become children of God, born not of human decision or a husband’s will, but born of God.

Speaking of Christ's work the Apostle Paul preached in Romans 8:14-17 that we have been adopted and in our hearts we now cry Abba, Father. The Spirit testifies with our spirit that we are God’s children. Later the passage talks about how the world longs for the children of God to be revealed.

Philippians 2:14-15 speaks of doing everything without grumbling or arguing, so that we become blameless and pure children of God who appear as lights in the world.

I deeply appreciate the metaphor of “sacred siblings” because it provides a framework that alleviates so much of the shame and unjust blame that women are experiencing in ministries and workplaces.

I have four brothers and it never mattered if my friends thought they were handsome or if they were attracted to them. I never saw them that way because in my heart they were my brothers. We don’t need rules about never being alone together. We can have fun or work together, all the while enjoying and appreciating each other’s companionship.

For those God enables to enjoy the blessing of marriage, even in that most unique relationship the percentage of time spent in sexual activity is quite small. Biblically, that is the only relationship that is supposed to encompass sex; yet, the overwhelming majority of time in a marriage is spent simply enjoying life together, talking together after a long day, encouraging one another, working together to help other family members, etc.

If sex comprises only a small percentage of time in any given week within a marriage, why are we allowing that topic to so shape and overshadow our work environments?

Matthew 6:10 says we should pray for God’s kingdom to come and his will to be done on earth as it is in heaven. If the sacred siblings image is the heavenly picture of what our relationships will be like for all of eternity, shouldn’t we be praying that this metaphor would more fully model our relationships on earth as well?

We are sons and daughters of the Living God. We all share the same heavenly Father. Jesus is the older brother to all of us, the One with the final authority who calls the shots about what is and is not acceptable. We are all given the Holy Spirit that we might grow and transform so we look like God's kids.

Why are we not working hard to create structures that reveal to the world the beauty of that image?

***Excerpts of this post come from chapter twelve of Mary Lederleitner’s new book Women in God’s Mission: Accepting the Invitation to Serve and Lead. 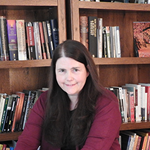 Mary Lederleitner has authored two books with InterVarsity Press: Cross-Cultural Partnerships (2010) and Women in God's Mission: Accepting the Invitation to Serve and Lead. She has a Ph.D. from Trinity Evangelical Divinity School and extensive global mission experience.