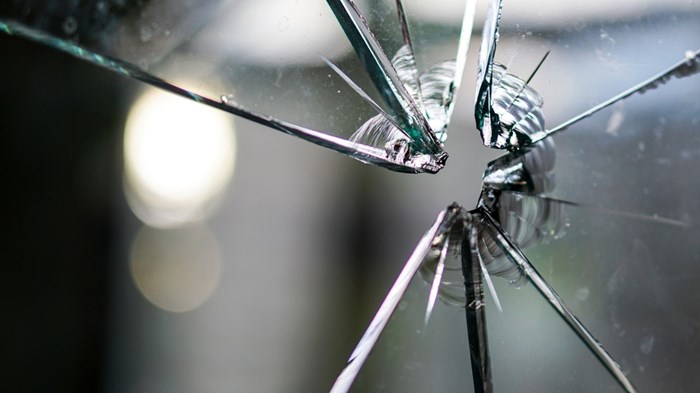 Image: via Pixabay/kiragrafie
In the wake of this morning’s mass shooting at Tree of Life Synagogue in Pittsburg, faith leaders across the country are once again asking what they can do to keep something similar from happening at their place of worship.

At the same time, the national conversation about gun laws has resurfaced with a renewed sense of urgency both inside and outside these sacred spaces. Dr. Jamie D. Aten had the opportunity to talk about these important issues with W. Craig Fugate, who served under both Democratic and Republican administrations as the head FEMA administrator from 2009-2017 and as Florida’s Emergency Management Director from 2001-2009. During his time at FEMA, he led responses to the Emanuel African Methodist Episcopal Church shooting in Charleston, SC (2015) and the mass shooting at Sandy Hook Elementary School in Newtown, CT (2012).

Below, Fugate shares with Aten his perspective on how churches and houses of worship can have a better conversation about how to move forward and prepare for possible events without compromising their core identity or community responsibility.

Aten: What is your reaction to the national conversation that has sprung up about churches and houses of worship taking precautions against mass shootings?

Fugate: The minute we start talking about security in churches and houses of worship, we’re admitting we have a much bigger problem. Places of worship by their very design are to be open and welcoming, not restrictive and exclusive to keep people out. I think that’s going to be a fundamental challenge for faith-based houses of worship: what does security look like while you’re trying to be a welcoming center for people to come?

So the conversation really needs to be, how do we balance the relative risk against the very nature and the purpose of a house of worship? We can make our house of worship secure, but does that compromise our primary mission? It’s not going to be an easy debate, and people are going to have to take into account that these are still relatively rare events.

To what degree must we deal with this at the front door of a house of worship, versus looking at this more holistically across the community?

Aten: What do you mean when you say that this is part of a bigger problem?

Fugate: I think the problem is that we’re not willing to talk about what makes sense on gun safety; everybody says that the Second Amendment is sanctified and you can’t touch it, but I think too often we use that to stop talking about the issue. Moments of silence are great, but they’re not changing anything. We need to have a conversation about guns and gun safety.

I don’t know what the answer is, but I know that we have seen anything involving research on this get shut down for fear that it may give us answers that Second Amendment proponents wouldn’t like.

Aten: What would a holistic approach to preparedness look like for a church that is concerned about mass shootings?

Fugate: Essentially it’s going to be your congregation, the community you live in, identifying the underlying issues or threats out there. The problem with most of these incidents is that there’s nothing that would have identified that house of worship as a target before it was hit.

Even though there’s a specific reason why shooter is going after a place of worship, it’s very rare that any type of information would ever identify it as its potential target. This goes back to one of the biggest challenges in homeland security: how do you deal with the lone wolf individuals who take it upon themselves to commit these crimes?

Having the pastors and the ushers and other lay people trained in what to do if there is an active shooter may be our first best step. Just like when the fire alarm goes off, know what the evacuation routes are. Teach the people that are keeping the kids and the daycare center during the services how to lock and secure their locations.

We’re not going to be able to lock places of worship down, but we should know what to do if an active shooter situation occurs. And the steps are: if you can run, run. If you can’t, hide. And if you can’t hide, you’ve got to fight back any way you can. Most of these events are carried out in very short periods of time. The shootings are usually over before any outside help gets there, and it’s the initial response that can mean the difference.

DHS and FEMA have put together some active shooter courses online—take a look at those, get back to FEMA with any tweaks or additional things that would be appropriate for houses of worship, and then get that out to the community.

Aten: It seems that after any mass shooting in places of worship, a lot of people suggest bringing more guns into these sacred spaces, held by either parishioners or trained security. What is your take on this?

Fugate: We should first respond with a non-aggressive approach, and instead provide the initial training on what to do during an active shooter situation. But people need to be thinking hard and fast about bringing guns into a place of worship. For some, that’s pretty straightforward. But for others, they look at these spaces as a sanctuary from the outside world.

The least intrusive thing we can do for houses of worship across the nation is the active shooter training for lay people and the leadership, so if it does happen you can get people out. Everybody thinks a gun is going to stop an active shooter. We’ve seen these active shooters going in heavily armed with vests. I’d really hate to see an arms race inside of a place of worship as to who’s better armed while shooting in a room full of people.

Jamie D. Aten, PhD, is founder and executive director of the Humanitarian Disaster Institute (HDI) and Blanchard Chair of Humanitarian & Disaster Leadership at Wheaton College in Wheaton, Illinois. He is a founding signer of the Prayers and Action petition, and a disaster psychologist and disaster ministry expert. His latest books include the Disaster Ministry Handbook (InterVarsity Press) and Spiritually Oriented Psychotherapy for Trauma (American Psychological Association Books). In 2016 he received the FEMA Community Preparedness Champion award at the White House.

Prayers & Action began as a grassroots movement on Facebook, where it was formerly known as Prayer Warriors Against Gun Violence. With more than 15,000 followers, the community is dedicated to praying for an end to gun violence in our nation while, at the same time, lifting up the survivors of gun violence in prayer. Backed by a coalition of today's most prominent evangelical leaders, pastors, churches and organizations, Prayers & Action is committed to ending gun violence through prayer and action.