"If God can raise a dead Jesus, then he can step into the divisive sociological milieu we find ourselves in and bring healing."
Ed Stetzer 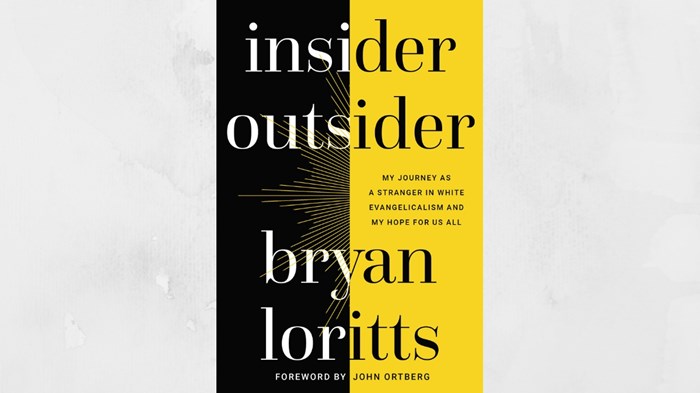 Today, I am excited to welcome Bryan Loritts to The Exchange. Bryan is the lead pastor of Abundant Life Christian Fellowship in Silicon Valley and author of Insider Outsider: My Journey as a Stranger in White Evangelicalism and My Hope for Us All.

Ed: Share with me a little of your story of feeling like an “insider outsider” in white evangelical circles.

Bryan: Great question. I grew up in a home where my parents served on staff for what was formally known as Campus Crusade for Christ (now Cru), which is a predominately white organization, but attended an all-black church on Sunday mornings. I graduated from a conservative white evangelical Bible college and seminary, but worked at all-black churches in Atlanta, Dallas, and Los Angeles.

What’s kind of disorienting in a great way is that I never felt fully at home in either homogenous setting, thus the title “Insider, Outsider.” I didn’t have the language to articulate it at the time, but my disequilibrium stemmed from the fact that I was a C2 leader (a point I explain in my book, Right Color, Wrong Culture).

However, I also felt like an outsider because there was this emphasis on individual responsibility to the detriment of systemic culpability. I remember being in Bible college when the Rodney King verdict was read, and being overwhelmed with grief. More crushing was not a single professor on my Bible college campus even referenced the event. Moments like that is when I was deeply acquainted with my outsider status.

Ed: What is your hope for Christians of all races? Is racial healing possible?

Bryan: I wasn’t around during the turbulent sixties, but today feels like the most divisive time of my life. I remember reading Ta-Nehisi’s book, Between the World and Me, and thinking that is exactly how I feel as a black man. It’s an accurate depiction from a sheer emotive level, but it is exceptionally dark without a vestige of hope—the hope that comes from the gospel.

Hope is not a feeling as much as it is a biblical truth. As a believer, my hope is tied into the Christ who overcame the grave. And if God can raise a dead Jesus, then he can step into the divisive sociological milieu we find ourselves in and bring healing. Am I hopeful? Yes.

What’s the old saying? “Work like an Arminian, sleep like a Calvinist.” That’s right. So yes, racial healing is possible, but not easy. We must be willing to pay the price. Racism is America’s historic sin, and the product of a fallen human heart along with centuries of intentional, strategic, systemic effort.

Therefore, racial injustice will not be undone by osmosis, but must take the same intentionality times one thousand in the other direction. We must put a full court press on racism using the weapons of the gospel which supplies a renewed heart, along with prophetic courage that will speak truth to power, calling out the systems of injustice.

Ed: You write a lot about the history of white Evangelicals in America. Their abuses of power, owning slaves, the role they played in stealing land from Native Americans, and how many were passively refusing to participate in the civil rights movement. Why is this history important? How does it impact the church today?

Bryan: We all come with a story, a context. When a man and a woman come together in marriage, two stories collide. Now let’s say, for example, that a major part of the narrative for the wife was one riddled with a trail of broken relationships with men who hurt her. Because of this, the husband now feels as if he’s placed in the box with all of the irresponsible men who inflicted pain on the woman who is now his wife. She struggles to trust him. Her default is to assume the worst in her husband and to question his integrity.

Now he can push back and cry unfair, and beg that she just wipe the slate clean and accelerate the trust process. Or this husband can do the hard work of embracing the story of his bride with care and compassion, and slowly display to her that he truly is different while apologizing for the actions of the gender he is in solidarity with, who stands rightfully condemned.

I hope one readily sees the ethnic parallels. One of the challenges this poses for our white familia is they see themselves as more of a collection of individuals than as a collective whole—a point Dr. Robin DiAngelo points out in her book, White Fragility (she is white herself). Because whites see themselves in individual terms, they will bristle at an ethnically collective culpability, but this is what the process for reconciliation requires—a rehearsing and embracing of the narrative. This is what I do briefly in my book.

Ed: You end your book with some practical steps to realizing the desired Kingdom, one where Christians of all ethnic backgrounds can worship together. What are some of these steps?

Bryan: The book ends with me outlining a four-step process to experiencing what I call “the desired Kingdom”—one marked by deep authentic multiethnic community:

Notice all four points begin with “the choice to.” In my experience, issues of diversity tend to bottleneck in passivity. We will never experience the desired Kingdom without Christ-exalting intentionality.

One-on-One with Bryan Loritts on Being a Stranger ...