But what could possibly be worse than being lost?
Jeff Christopherson 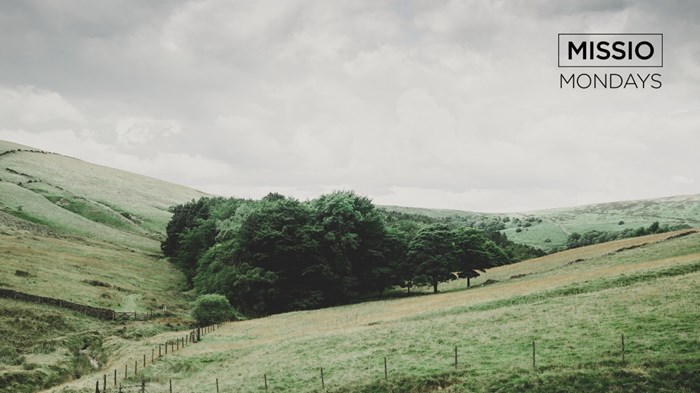 Is there anything worse than being lost? If your answer is a hasty, reflexive, theologically pre-prescribed “no,” then perhaps it has been awhile since you felt the full, visceral desperation of being utterly without hope.

But what could possibly be worse than being lost?

When we are talking about spiritual lostness, we are describing the reality of an eternal separation from the sheltering presence of a holy and loving God—a terrible state so horrifying that few want to ponder it for long. And knowing that the very same holy and loving God went to heroic lengths to personally pay the price for our sin and separation makes the continued persistence in lostness all the more lamentable.

So then, what could be worse than being lost? What is worse than the unnecessary ache and hopelessness of being disconnected from a pursuing Creator who lovingly fashioned us incomplete without him?

This: being lost when no one on earth is looking for you.

The despair of lostness is always intensified when someone believes that there is no remedy, no hope, and no lifeline on its way. The terrible throbbing of aloneness is accentuated knowing it will likely never end. Lostness leaves us derelict, disoriented, and despairing.

If you’ve ever had the misfortune of being physically lost, the knowledge of possible searchers has a buoying affect—it inspires hope and heightens our expectation for help. This glimmer of light allows you to continue to dream of home and emotionally prepare yourself for rescue. The probability of a search party, of heroic people doing heroic things to return you to safety, will rouse your own desire to seek out your courageous rescuers.

Being lost and yet valued enough to be sought after tends to inspire spiritual expectation. Yet, the sad reality is that most of the population of North America is spiritually lost, with absolutely no one looking for them.

So, as God-called leaders in Jesus’ pursuing mission, what are we to do?

First, we must own the responsibility of allowing our ecclesiology to become so insular, so circumspect, and so self-preserving that it no longer calls its own into the dangerous mission of its Savior. Like spineless firefighters huddled in a cozy firehouse while the city burns, we have cloistered and entertained ourselves in an alternate and artificial reality, all the while calling our religious activity “spiritual.” We have made heroes of deserting generals and villains of the bewildered wounded who only frantically crave some good news (Ezek. 33:6). And our feeble theological predisposition to blame victims only adds evidence to our spiritual detachment.

It quickly becomes obvious that we need different eyes. The grotesque caricatures of the “enemy” that we showcase in our cultural battles against liberalism, secularism, and pluralism does little to cultivate a heart of compassion for our broken and skeptical neighbors.

Not unlike the original Pharisees, the disingenuous leaders of our culture wars, in an effort to achieve the moral high ground, have drawn the battle lines between both the right and the left. Darkness wages against darkness, and the kingdom of God gains no ground.

True spiritual transformation means that we must accept a set of Jesus’ eyes. We have the opportunity of seeing people not as man sees them, but through the perfect sight of untarnished eyes (1 Sam. 16:7). And with Jesus’ eyes, we have “compassion for them, because they [are] harassed and helpless, like sheep without a shepherd” (Matt. 9:36).

Christianity without compassion for the object of its Founder’s sacrifice is simply a dark religion without Jesus—even if “church” is painted in gold above its door.

Jesus posed a kingdom question: “Suppose one of you has a hundred sheep and loses one of them. Doesn’t he leave the ninety-nine in the open country and go after the lost sheep until he finds it?” (Luke 15:4) The answer was implied in the question. Of course we would go! People have a natural inclination to leave the secure in order to rescue the vulnerable.

But if this impulse is so natural, why does the endeavor seem so rare? Perhaps because we expect to find our Shepherd in the safe place—instead of looking for him in the perilous places where lost sheep ache for a Savior (Luke 5:30–32). Laboring among lost sheep is the very place that we can expect to see the Shepherd.

If Jesus’ instructions were to leave the 99 safe sheep to heroically search for a single stray, what would he say when the numbers are reversed? If the sheep in our safe pens are few, and those that are in harm’s way are many, shouldn’t our instinct to rescue become amplified?

This becomes the clarion call to disciple-making. As Jesus left the comforts of heaven to put on skin and live among those who were far from his Father, he laid a path and pattern for his disciples. The church of Jesus Christ is never more like her Founder as when she sacrificially sends out search parties designed and equipped to bring Good News to frantic sheep in distant fields.

So, what is worse than being lost? Being lost and knowing that nobody is looking for you. What should be the response of Jesus’ church? Own our responsibility, have compassion, form a search party, and multiply the church party.

That is where we will see our Shepherd.