There is a correlation between these two liberties that must be uncovered.
Shirin Taber 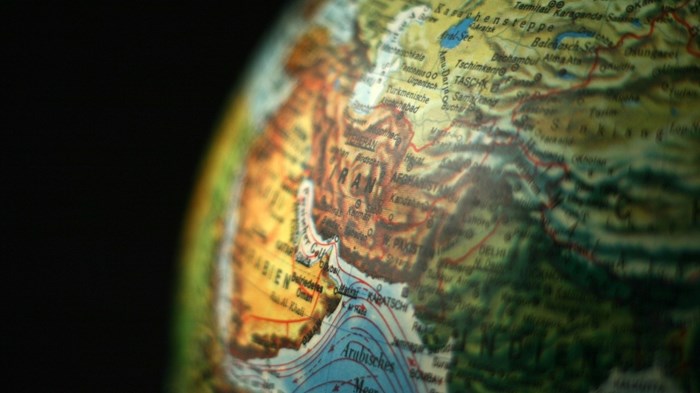 Although women’s rights and religious freedom are not commonly associated with one another in the world of the 1.6 billion Muslims, there is a correlation that must be uncovered.

According to Women and Religious Freedom by Nazila Ghanea, inherent in religious freedom is the right to believe or not believe as one’s conscience leads, and live out one’s beliefs openly, peacefully, and without fear.

Freedom of religion or belief is an expansive right that includes the freedoms of thought, conscience, expression, association, and assembly. For the Muslim world, the Quran reads in Sura 2:256, “Let there be no compulsion in religion.”

Individuals must not be forced to follow a literal interpretation of religious teachings and traditions. Faith under force is invalid and ingenuine. Therefore, it is never in the public’s interest to force belief on individuals, regardless of gender, and restrict their right to question, explore and fulfill their purpose.

In fact, the research shows that women can contribute to greater peace and prosperity of a society when they are free to choose to exercise their own free will and belief (see here).

The Muslim world is expansive and complex, and in growing numbers, Muslims value the ideals of religious freedom and pluralism, even though they may not discuss it openly.

According to Jennifer Bryson, former director of the Center for Islam and Religious Freedom,

Many Muslims are writing and speaking about religious freedom and Islam, not only in response to international human rights discourse, but, significantly and most of all, internally in their own intra-faith discussions about Islam and being Muslim.

When considering the growing movement of women’s rights around the globe, there are a number of shared values that women in Muslim and non-Muslim countries exhibit that show an increasing interest in religious freedom.

Muslim women value the freedom to work outside the home and in charitable causes. Many of these freedoms are connected to innovation and flourishing economies and business, including freedom of conscience and belief.

According to Brian Grim in Promoting Religious Freedom: A Corporate Social Responsibility,

Understandably, while Muslim women are demanding legislative rights in nations like Tunisia, Iran, and Saudi Arabia, some Muslims may fear expanding women’s rights and religious freedoms because it may lead to the weakening of the Muslim family and infrastructure.

Some may believe that a woman’s place is at home, away from the dangers of worldly distractions, gossip, greed, and sexual sin.

Others are concerned working mothers may no longer focus on nurturing their families and serving their husband, becoming distracted by the concerns at the office. For the next generation, there may be a concern about young women engaging in the arts, sports, media, and travel, which could lead them away to foreign lands and relationships.

However, I would take a different approach.

I believe Muslim leaders are ready to learn about the benefits of the history and significance of the religious liberty. It’s our duty to present the research which shows that when women are allowed to contribute to the economy and civil society, communities experience greater peace and prosperity long term.

Namely, religious freedom, Jennifer Bryson shares, is an antidote to violent Islamic extremism. Crime is down. Innovation is up. Typically, as women earn income more is invested in education and charitable causes. All people, everywhere, are encouraged to respect the freedoms of others and bring their whole self to work.

Thus, as the Muslim world has been plagued with warfare and poor economies since 9-11, I believe it is time to expand women’s rights and religious freedom globally. This means the right for women to choose to believe or not believe, to worship or not worship, without the fear of a backlash.

Women must be free to decide in their own heart what it right for them personally. And leave the results to God. Together, we can unleash the power and resourcefulness of women to contribute to economies and the overall well-being of societies.

After all, as most Muslims would conceded: true faith is based on free will. The Muslim-majority world can thrive once women are free to share their full potential, leading to creating free, safe, diverse and inclusive communities.

Why Christians Need to Support Women’s Rights and ...